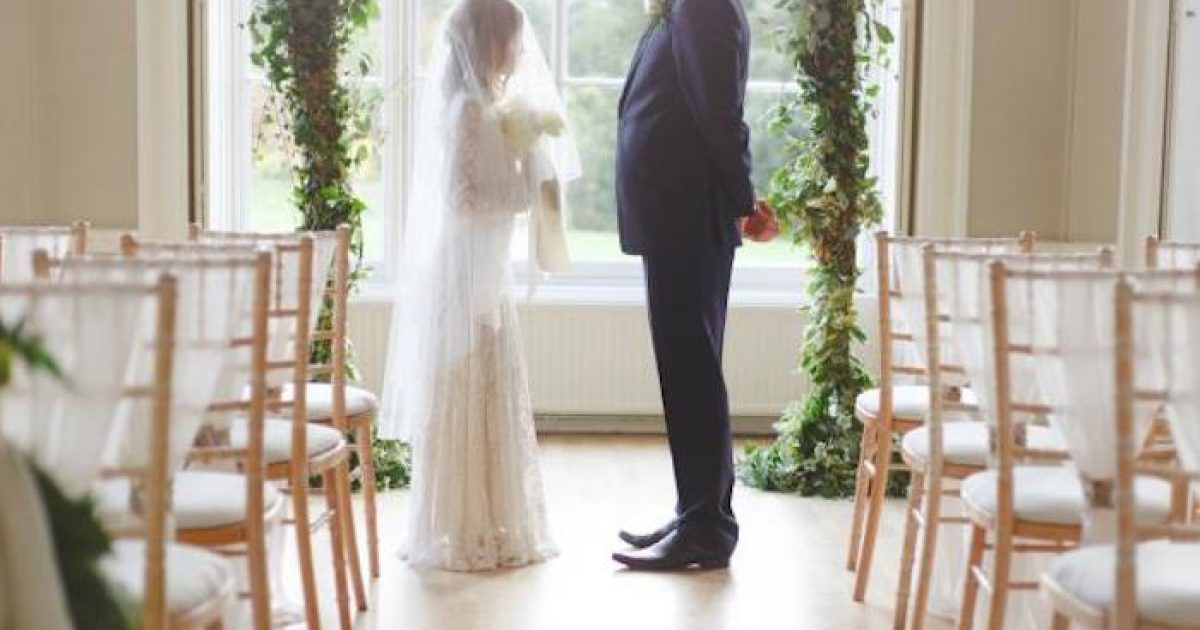 Three qazis were arrested. A qazi is a judge of a Sharia court. Why would such men be involved in this? Because child marriage is Islamic.

“Islam has no age barrier in marriage and Muslims have no apology for those who refuse to accept this” — Ishaq Akintola, professor of Islamic Eschatology and Director of Muslim Rights Concern, Nigeria

“There is no minimum marriage age for either men or women in Islamic law. The law in many countries permits girls to marry only from the age of 18. This is arbitrary legislation, not Islamic law.” — Dr. Abd Al-Hamid Al-‘Ubeidi, Iraqi expert on Islamic law

There is no minimum age for marriage and that girls can be married “even if they are in the cradle.” — Dr. Salih bin Fawzan, prominent cleric and member of Saudi Arabia’s highest religious council

“Islam does not forbid marriage of young children.” — Pakistan’s Council of Islamic Ideology

Few things are more abundantly attested in Islamic law than the permissibility of child marriage. Islamic tradition records that Muhammad’s favorite wife, Aisha, was six when Muhammad wedded her and nine when he consummated the marriage:

The Prophet engaged me when I was a girl of six (years). We went to Medina and stayed at the home of Bani-al-Harith bin Khazraj. Then I got ill and my hair fell down. Later on my hair grew (again) and my mother, Um Ruman, came to me while I was playing in a swing with some of my girl friends. She called me, and I went to her, not knowing what she wanted to do to me. She caught me by the hand and made me stand at the door of the house. I was breathless then, and when my breathing became all right, she took some water and rubbed my face and head with it. Then she took me into the house. There in the house I saw some Ansari women who said, “Best wishes and Allah’s Blessing and a good luck.” Then she entrusted me to them and they prepared me (for the marriage). Unexpectedly Allah’s Apostle came to me in the forenoon and my mother handed me over to him, and at that time I was a girl of nine years of age. (Bukhari 5.58.234).

HYDERABAD: An international child bride racket was busted in the city with the arrest of 20 people, including five Omani sheikhs, three Qataris and three qazis -the kingpin being a chief qazi of Mumbai, Farid Ahmed Khan, who brokered illegal contracts with forged nikahnamas. Twelve minors were freed from the clutches of sheikhs from the city late on Tuesday.

The crackdown followed a spate of child marriages in Old City and a tip-off from a reluctant 16-year-old girl, who was interviewed by a 50-year-old sheikh for marriage. This led police to four lodges in the city, which turned out to be den of human trafficking. An Omani sheikh was caught red-handed, while he was about to wed a teenage girl on Tuesday night. Five local middlemen and four hotel owners were also arrested. The accused were identified as Al Mayahi Habib Ali Issa, Al Salhi Talib Humeid Ali, Al Ubaidani Juma Shinoon Sulaima, Al Salehi Nasser Khalifa Hamed and Al Qasimi Hassan Mazaaul Mohamed from Oman, Omer Mohammed Seraj Abdal Rahman, Hamad Jabir O Al-Kuwari and Safeldin Mohamed Mohamednour Salih from Qatar. Mumbai-based qazi Farid Ahmed Khan would charge Rs 70,000 for providing forged nikahnamas and other certificates to brokers.The 63-year-old, Hyderabad police claimed, was the kingpin and played an important role in the international human trafficking racket.

Hyderabad police, in a joint operation with their Mumbai counterparts, arrested, a chief qazi+ . On interrogation, he confessed to have provided fake marriage certificates to clients from all over the country and charges money according to the sheikh’s profile.

Investigating the case of 16-year-old child bride Rukhsar, who was married to a 65year-old sheikh, police discovered that her marriage certificate was issued in Mumbai.

“Usually after the marriage, the couple need to seek permission from the state minority department, where the marriage was performed, to get a No Objection Certificate (NOC) so that the women can get their visa easily. However, in this case, we found that the certificate was issued in Mumbai,” deputy commissioner of police (DCP), south zone, V Satyanarayana said.

After talking to the girl’s family, police learnt that the marriage was performed at Pahadisharif dargah on May 16.

With the lead from the marriage certificate, Hyderabad police sent a special team, comprising an inspector and a sub-inspector along with two police constables to Mumbai, two days ago.

“We located his office at Bhendi Bazaar in Mumbai. We got information that he had conducted several marriages by forging documents,” inspector Khader Jilani, who went to Mumbai, said.

With the help of their Mumbai counterparts, the Hyderabad police raided the office of the qazi and found that he not only provided fake marriage documents, but also had several rubber stamps to forge documents required to go to Gulf countries On the other hand, Farid Ahmed Khan’s family refutes the allegations….