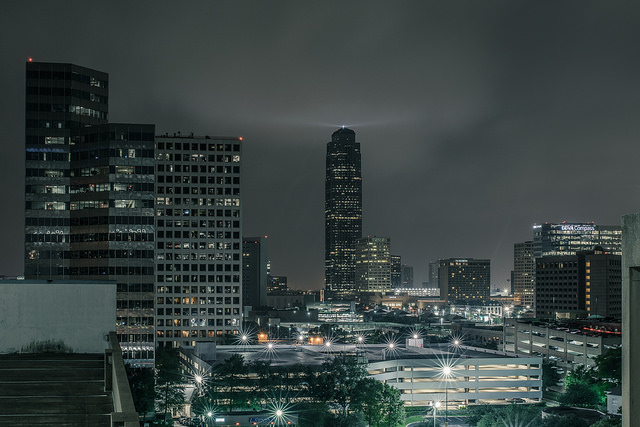 Did EARTH EX “Black Sky” coordinate with Hurricane Harvey? If so was Harvey engineered?

According to literature found on the EIS Council’s official website, ‘severe malicious or natural “Black Sky” hazards’ pose a risk to critical infrastructure and on a “sub-continent scale” which may lead to cascading long-term “power outages” thus creating “a grim and difficult dilemma” because of the fact that the “restoration of any sector will only be possible with at least minimal operation of all the others.”

Ladies and gentlemen, this is exactly what we saw with both Hurricane Harvey and Hurricane Irma after hundreds of thousands of residents were left without power for extended periods of time.

In fact, in Florida, Irma’s heavy wind, and flooding were so bad that 11 people died in a nursing home as they patiently waited for waited for workers to restore power.

“To deal with this deadlock, careful sector by sector and cross-sector resilience planning is crucial. However, such plans, to be effective, must be exercised. With the diversity and the national and global scale of the infrastructures we now depend on, this requires an unprecedented, multi-sector, national and international exercise series,” the CIS Council confirms.

So what is EARTH EX?

According to the EIS Council, “EARTH EX is an evolving, distributed, collaborative partner-developed exercise designed to meet this need. Hosted by EIS Council as part of the EPRO® Resource Family, these annual multi-sector, international exercises are being developed to evaluate and improve restoration support, preparedness, response and recovery plans for severe hazards. As the series continues, it will provide increasing opportunities to enhance coordinated planning across all infrastructure sectors, and their corporate, government and NGO partners.”

Additionally, the NIS Council’s official website lists the four areas of focus for their Aug. 23, 2017, drill as follows:

What is a “Black Sky” hazard?

A “Black Sky” hazard has been separated by the NIS Council into two potential categories: “natural,” and “manmade.”

The council suggests that “manmade hazards” include EMP’s, such as a high-altitude magnetic pulse, intentional electromagnetic interference, cyberterrorism, or a coordinated physical assault. All of which are viable potentials for sure but the “natural hazards” listed by the council are what have my mind spinning.

A major seismic event, a geomagnetic disturbance — yes such natural disasters are possible and can occur — but what stands out to me is the fact that the NIS Council lists “hurricanes and other severe weather events” on their list of “natural disasters” and may quite possibly have drilled for such a scenario as Hurricane Harvey approached, made landfall, in Texas.

Remember, Harvey made landfall just two days after EARTH EX was scheduled to take place! Is this a coincidence? It has already been speculated that hurricane Harvey was engineered and was steered into Houston as a weather weapon!