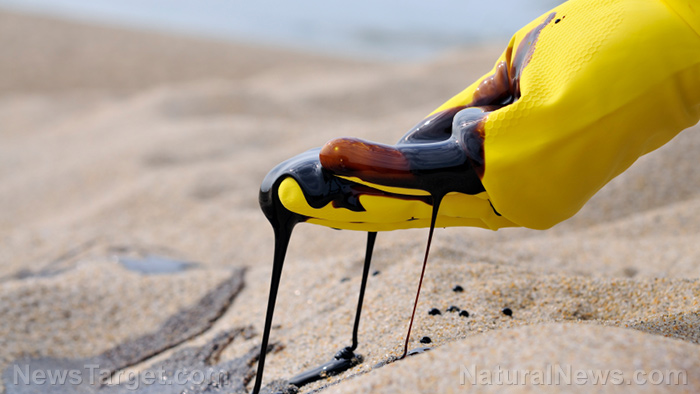 (Natural News) The dispersants used during the cleanup of the 2010 Deepwater Horizon oil spill have made the cleanup workers sick. This was the conclusion that federal scientists came to in their study that was published in Environmental Health Perspectives. The report is a part of the ongoing Gulf Long-term Follow-up (GuLF) study being spearheaded by the National Institute of Environmental Health Sciences (NIEHS). While the public remains unaffected by the dispersants, a number of workers experienced health symptoms that ranged from coughing and wheezing to skin and eye irritation to eczema.

To come to this conclusion, the researchers used 31,609 English or Spanish-speaking workers who had either handled dispersants during the oil spill or were close to these chemicals as they were being used. These chemical dispersants were Corexit EC9500A and Corexit EC9527A, chemicals that have since been found to be toxic to marine life and made even more toxic when mixed with oil. While 700,000 gallons of these chemicals were pumped directly to the stream of oil gushing out of the well, over a million gallons were applied to the oil on the sea’s surface.

The researchers found that the workers who had exposed to the dispersants had a greater chance of experiencing certain health symptoms, specifically five respiratory symptoms, two eye irritation symptoms, and one dermal symptom. For some of the workers, these symptoms disappeared one to three years later. For others, their symptoms have continued to persist years after. (Related: Study confirms secret chemicals used to disperse oil in the Gulf cause cancer)

“As would be expected, direct work with dispersants was more strongly associated with the respiratory and eye irritation outcomes than indirect exposure through working in an area where dispersants were used,” the researchers wrote in their study. “Even so, for most symptoms, indirect exposure was significantly associated with the symptom, indicating that these likely lower exposures may also be important.”

Dr. Linda Birnbaum., NIEHS director, said of the study: “While symptoms are not disease, many people who worked on the oil spill underwent a stressful experience. Some of them are continuing to not feel well, and we don’t know what factors are contributing to it. The ongoing GuLF STUDY research is important for shedding light on the potential health impacts associated with an oil spill.”

According to BiologicalDiversity.org, dispersants are specialized chemicals designed to remove oil from water surfaces. Dispersants work by breaking up oil slicks into tiny droplets that have high surface-to-volume ratio. Not only does this make it easier for microbes to break the droplets down even further, but these droplets are also much easier to scatter. This makes them more advantageous to use than mechanical recovery methods — like skimmers and boomers — which would have only been able to clean up a small portion of the oil spill.

What are the effects of dispersants?

However, as was discussed earlier, dispersants have repercussions that are felt to this day. In addition to the effects observed in the GuLF Study, Corexit EC9527A is known to contain 2-Butoxyethanol, a toxin that can injure the kidneys, liver, or red blood cells with excessive or repeated exposure.

Moreover, did you know that both Corexit EC9527A and Corexit EC9500A have been banned from use in the United Kingdom because tests concluded that these chemicals were dangerous to marine life? This happened in 1998. And a little over a decade later, the U.S. Environmental Protection Agency (EPA) approved these chemicals for the cleanup in the 2010 Deepwater Horizon oil spill. This says a lot about the organization, don’t you think?

Visit Enviro.news to read up on more stories about the environment and its impact on our health.