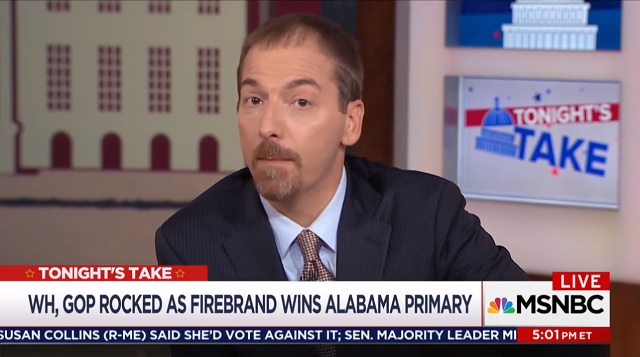 Even though Republican Alabama senatorial candidate Roy Moore has spent his entire life defending the Constitution, he doesn’t actually believe in it according to NBC’s Chuck Todd.

As the Free Beacon reports:

Todd, introducing his discussion of the former Alabama Chief Justice, said that “the phrase ‘Christian conservative’ doesn’t even begin to describe him.”

“First off, he doesn’t appear to believe in the Constitution as it’s written,” Todd said.

“Those are just a taste of what are very fundamentalist views that have gotten him removed from office twice as Alabama’s chief justice,” Todd said.

We all know the only true believers in the Constitution are the judges on the 9th Circuit.