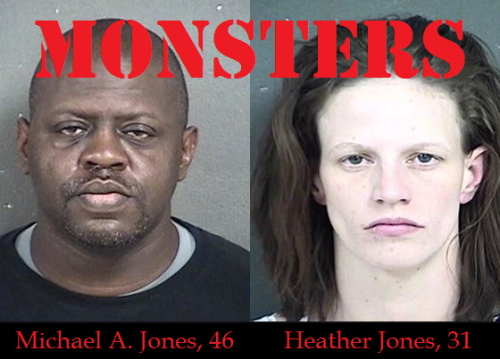 Originally posted at Fellowship of the Minds

In Kansas City, the bi-racial parents of a 7-year-old boy named Adrian Jones, starved, tortured, and murdered their son, then fed his body to pigs.

Tony Rizzo and Laura Bauer report for The Kansas City Star that on May 8 2017, Michael A. Jones, 46, the father of little Adrian, was sentenced to life in prison in Wyandotte County Circuit Court where he had pleaded guilty in March to first-degree felony murder in the death of his 7-year-old son. Under Kansas law, he will have to serve 25 years before he can seek parole.

Jennifer Hoevers, the woman who rented the home to Jones and his family and who found video clips and photos showing the abuse Adrian had suffered, said: “He got off light. And it makes me angry.”

Jones did not speak before he was sentenced. He did not turn and look at other speakers, including Adrian’s maternal grandmother, biological mother and older sister.

Adrian’s maternal grandmother Judy Conway had begged to see Adrian in the 3 to 4 years Jones had custody of the child. At one point in the sentencing hearing, Conway addressed Jones: “I hope for every breath you take for the rest of your life that Adrian is in your thoughts.”

At Heather Jones’ sentencing, a prosecutor said the boy had essentially starved to death.