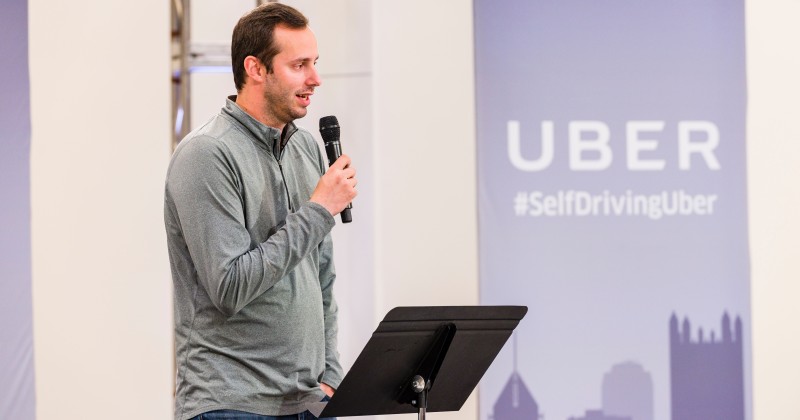 Documents uncovered as part of a separate court case reveal that multi-millionaire Silicon Valley elitist Anthony Levandowski started a religion based around the concept of worshipping artificial intelligence as a God.

Levandowski, who is currently embroiled in a high profile lawsuit with Google over accusations he stole sensitive data about their self-driving car program and gave it to Uber, founded a religious organization called Way of the Future two years ago.

The goal of the religion is to “develop and promote the realization of a Godhead based on Artificial Intelligence,” in line with the species reaching the singularity, the point at which computers surpass humanity in intelligence.

Although the group has not responded to requests from the IRS for the forms it must submit annually to operate as a non-profit religious corporation, “Documents filed with California show that Levandowski is Way of the Future’s CEO and President, and that it aims “through understanding and worship of the Godhead, [to] contribute to the betterment of society,” reports Wired Magazine.

As we have previously documented, the Singularity is embraced by many Silicon Valley elitists as part of their drive to achieve immortality by merging man with machine.

Ray Kurzweil’s 1999 book The Age of Spiritual Machines describes the technocratic elite’s plan to become super beings by augmenting their bodies, eventually to the point where an entire consciousness can be uploaded to a computer.

However, Kurzweil’s transhumanist utopia will probably not be available to the entirety of humanity but instead will be the domain of a wealthy aristocracy, creating yet another class system. Kurzweil admits this in his book, labeling those who refuse or are incapable of cybernetically augmenting themselves as MOSHs – Mostly Original Substrate Humans.

Humans who resist the pressure to alter their bodies by becoming part-cyborg or are unable to afford such procedures will be ostracized from society. “Humans who do not utilize such implants are unable to meaningfully participate in dialogues with those who do,” writes Kurzweil.

As Kurzweil entertains in his book, this will inevitably lead to the very situation described by none other than Unabomber Theodore Kaczynski – widely quoted by Kurzweil and fellow futurist Bill Joy – where the elite will see the mass of humanity as worthless parasites and either prevent them from reproducing via mass sterilization programs or simply slaughter them outright.

“Due to improved techniques the elite will have greater control over the masses; and because human work will no longer be necessary the masses will be superfluous, a useless burden on the system. If the elite is ruthless they may simply decide to exterminate the mass of humanity. If they are humane they may use propaganda or other psychological or biological techniques to reduce the birth rate until the mass of humanity becomes extinct, leaving the world to the elite,” wrote Kaczynski in his manifesto, a key passage quoted in Kurzweil’s book.

All of this sounds fantastical, but it’s what many ultra rich elitists in Silicon Valley firmly believe and in some cases are working towards.