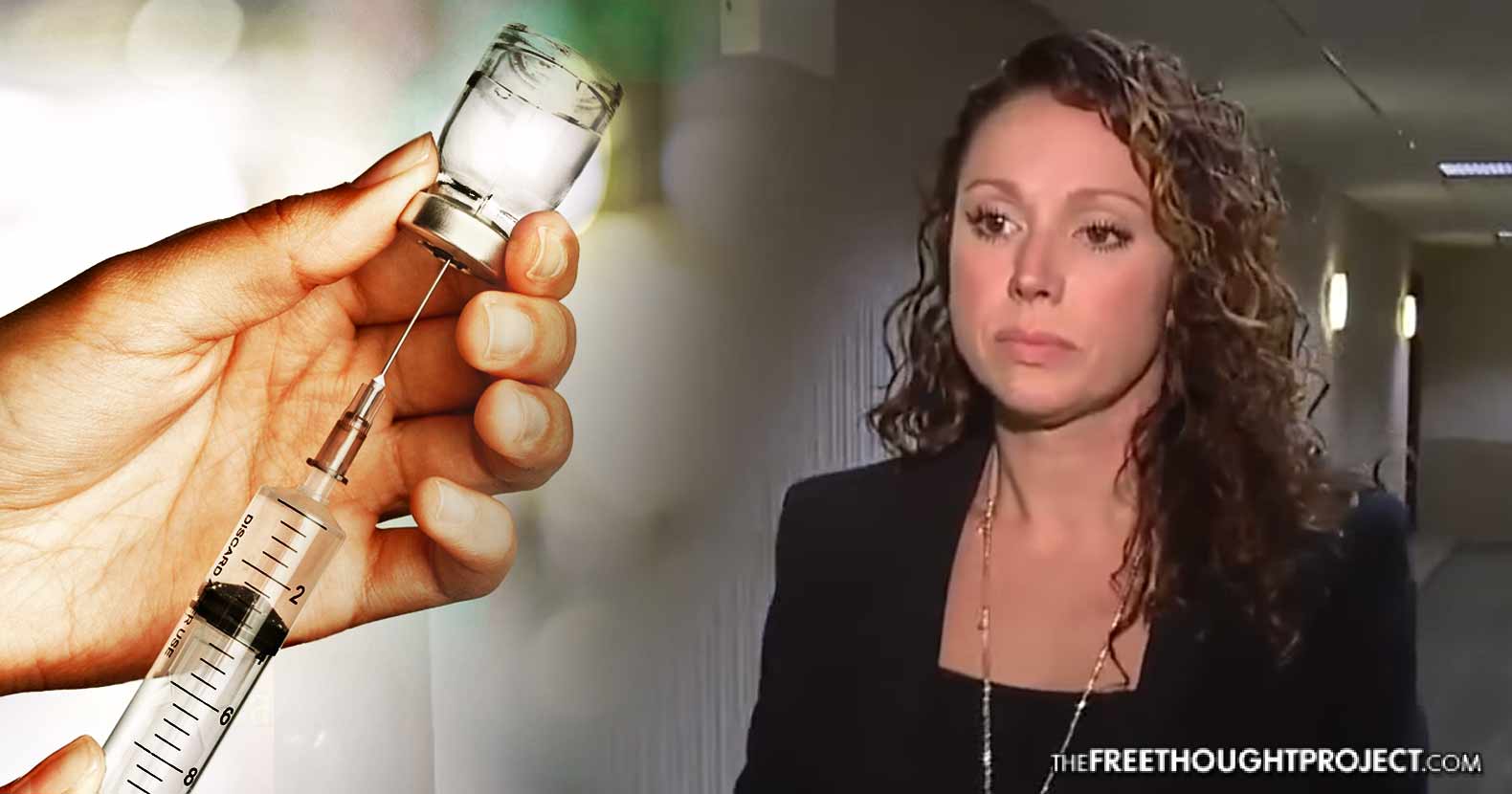 Detroit, MI — In a seemingly unprecedented violation of rights, a case out of Detroit, Michigan should worry even the most stringent pro-vaccine advocates. A well-meaning mother has been given an ultimatum by an Oakland County judge—vaccinate your child or go to jail.

While the Free Thought Project has reported on instances of children being denied public services, like school, for not vaccinating their children, the idea that someone could be thrown in jail for choosing to abstain from vaccination is chilling.

“I would rather sit behind bars standing up for what I believe in, than giving in to something I strongly don’t believe in,” says Rebecca Bredow, a mother of two who has been ordered to vaccinate her son.

In what sounds like a scene from a dystopian novel, Bredow has been backed into a corner and her freedom at risk because she is making a medical decision for her child. By order of an Oakland County judge, Bredow was given one week to fully vaccinate her son or she will be thrown in jail.

To be clear, Bredow did not fully abstain from all vaccinations. She is merely choosing to space them out, like lots of parents do.

As WXYZ reports, Rebecca believes in parents having the choice to make the right decision for their children based on the parent’s knowledge of vaccines and the child.

Rebecca tells 7 Action News that she and dad made the decision to space out and delay some their little one’s vaccines.

“It wasn’t until they started grouping them together that I backed off of doing vaccines,” she says.

However, the father, who does not have custody of the children, has since changed his mind and now wants to vaccinate his children to the fullest extent. Bredow disagrees, but the court, according to Bredow, couldn’t care less about what she thinks—despite Michigan law allowing for vaccine exemption.

“We’re fortunate in the state of Michigan that’s still permitted, still allow religious, personal and medical exemptions for parents who chose to delay, to skip a vaccine to make various choices,” says Joel Doorman a representative of Michigan for Vaccine Choice. But this law is now being taken away from Bredow.

Bredow says the court won’t even hear her side of the story, and despite her having custody of the children, the court automatically sided with the father who wants their son vaccinated.

While vaccinating your children is certainly the decision of both parents — the idea of one parent being kidnapped and thrown in a cage for not wanting to vaccinate is the very fabric of tyranny.

“Why automatically side with the father that wants the vaccines? What about my choice as a mother?” says Bredow — and she has a point. If the court sided with Bredow instead of the father, would the father face the same threats of being thrown in a cage if he vaccinated the child?

“I feel angry. I feel backed into a corner. I feel like my rights as a parent have been taken away,” she says.

While there will likely be some folks cheering on the state in this situation, how you feel personally about vaccines should never lead to a loss of freedom. No person should be forced by government regulation or societal pressure to receive any medication or treatment, including vaccines, against his or her will.

Indeed, even the Association of American Physicians and Surgeons (AAPS) opposes the idea of government forcibly medicating society against their will.

“AAPS does not oppose vaccines. AAPS has never taken an anti-vaccine position, although opponents have tried to paint that picture. AAPS has only attempted to halt government or school districts from blanket vaccine mandates that violate parental informed consent.

As for Bredow, she now has until next Wednesday to decide how to proceed before armed agents of the state come to her home, chain her up, kidnap her, and throw her in a cage—for legally doing what she feels is best for her nine-year-old son. And we call this the land of the free.