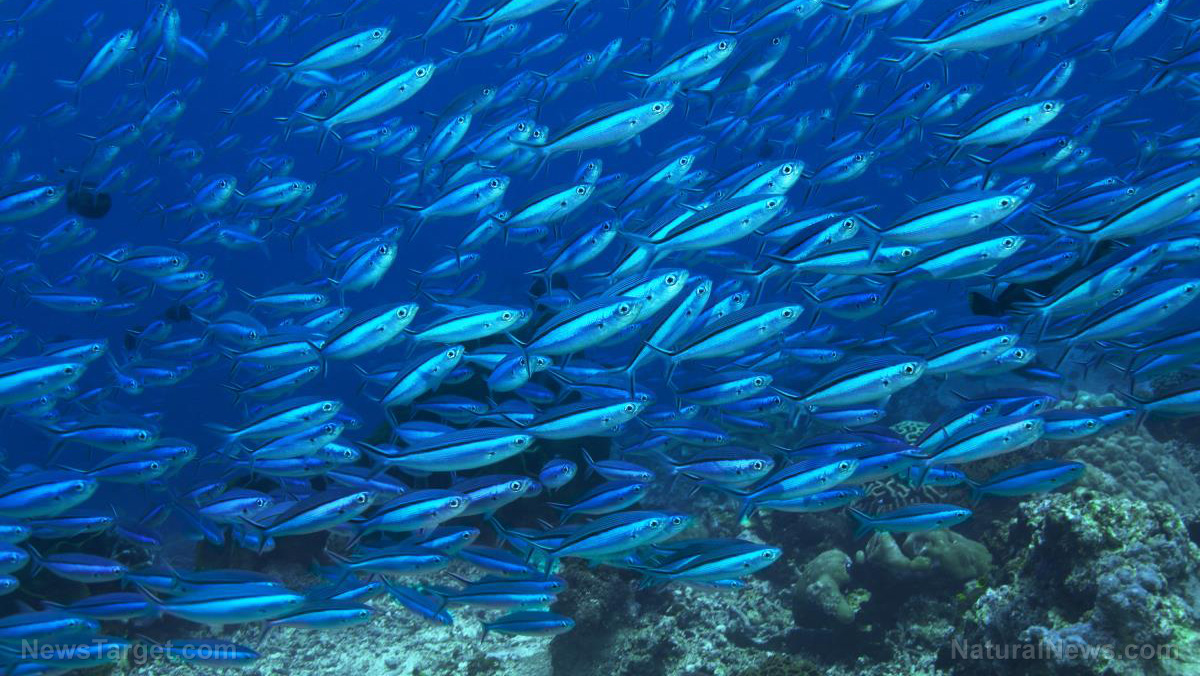 (Natural News) It’s time to update that old saying that “there are plenty of fish in the sea” as scientists warn that the numbers of old fish are declining at an alarming rate, putting future generations of fish and even humans in peril.

According to studies of fisheries in the seas surrounding Europe and the U.S. carried out by University of Washington researchers, populations of older fish have dropped by 72 percent on average. In some specifies, including the Atlantic cod, Pacific cod, Pacific hake, and red snapper, the population of older fish has dropped by more than 95 percent. They found that old fish are completely missing in many populations across the planet.

The researchers made these unsettling conclusions after examining 63 fisheries with records that spanned as long as 140 years. The researchers employed a few different techniques to determine the ages of the fish. One of the more popular methods is examining stones in the ears of the fish known as otoliths, which grow rings each year much in the same way that a tree trunk does. What constitutes an “old fish” depends on the species; most herrings don’t live past their tenth birthdays, but some rockfish can live to be 200. Their findings were published in Current Biology.

Losing the world’s fish would be catastrophic to humans

Why is losing so many older fish such a big problem? You might think that they’d be past reproductive age and nearing death anyway, but quite surprisingly, older fish are typically the biggest and tend to produce the most offspring. When female fish release their eggs, a combination of several factors need to work in unison for them to hatch and reach adulthood. Because it’s so hard to get this right, some species can go a decade or more between successful broods. The older fish in the population simply have more years in which they produce eggs, which boosts their chances of succeeding in the long run. UW Aquatic and Fishery Sciences Professor Tim Essington said that having the diversity of older and younger fish can serve as a hedge against risk and keep the system more stable.

In addition, older fish are far better at adapting to the many environmental changes modern fish are subject to than their younger counterparts. Older fish typically spawn in different locations and times, which minimizes the impact that short-term changes in the environment can have on their population.

Experts suggest that fishing be stopped in certain areas to give populations time to recover. Fisheries should consider instituting slot limits that regulate maximum and minimum sizes. Another useful tool is marine reserves. The fish in these reserves have been found to live longer and create more genetically diverse populations, thereby protecting their species.

Much of the fish loss is being blamed on fishing pressure, and it makes sense that the longer a particular fish lives, the more chances it has to find itself on the losing end of fishing gear. Pollution and disease also play a role.

If fish don’t live long enough to reproduce successfully, the entire food chain would collapse, with animals that eat fish being the first to succumb. Nearly one fifth of the planet’s animal protein intake is fish. Those in poorer countries who can’t afford protein sources like chicken or meat rely on fish for sustenance, and if it was gone, poverty, malnutrition and starvation would climb dramatically. Marine life also helps to regulate the ocean by filtering toxins and keeping pollution and algal blooms under control to some degree.

According to marine researcher Boris Worm, the complete disappearance of fish from our oceans – which could happen as early as 2048 – would spell the end of life as we know it. That’s why Dr. Worm and his team of researchers at Dalhousie University in Nova Scotia say it’s time to stop polluting the ocean and start insisting on sustainable fishery management and the creation of ocean reserves.