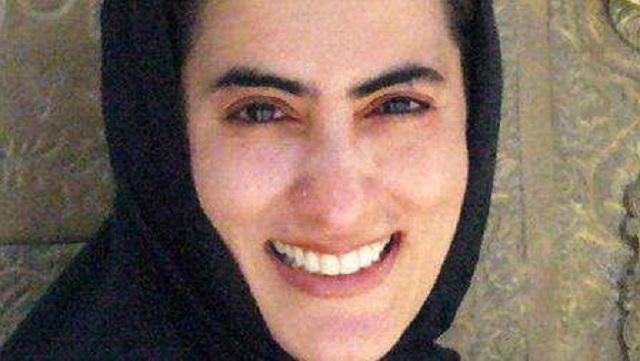 The woman who was kicked off a Southwest Airlines flight after demanding dogs be removed from the plane has been identified as Muslim professor Anila Daulatzai, who teaches at the Maryland Institute College of Art.

Daulatzai was kicked off a flight to Los Angeles on Tuesday after demanding two dogs be removed from the plane because she has “life-threatening allergies.”

She was unable to produce any documentation to prove this fact and was kicked off the flight in accordance with Southwest’s stated policies which explicitly forbid passengers from claiming a life-threatening allergic reaction to animals without a medical certificate.

Speculation is rife she demanded the dogs be removed because Muslims view dogs as unclean.

“Might this incident have had something to do with the fact that Islam hates dogs?” Jihad Watch’s Robert Spencer asked.

“Once Gabriel promised the Prophet (that he would visit him, but Gabriel did not come) and later on he said, ‘We, angels, do not enter a house which contains a picture or a dog.’” — Sahih Bukhari 4.54.50

“Abdullah (b. Umar) (Allah be pleased with them) reported: Allah’s Messenger (may peace be upon him) ordered the killing of dogs and we would send (men) in Medina and its corners and we did not spare any dog that we did not kill, so much so that we killed the dog that accompanied the wet she-camel belonging to the people of the desert.” — Sahih Muslim 3811

“Ibn Mughaffal reported: The Messenger of Allah (may peace be upon him) ordered killing of the dogs, and then said: What about them, i. e. about other dogs? and then granted concession (to keep) the dog for hunting and the dog for (the security) of the herd, and said: When the dog licks the utensil, wash it seven times, and rub it with earth the eighth time.” — Sahih Muslim 551

A Muslim cab driver made headlines in the UK last year for refusing to transport a blind man along with his guide dog because it was “against his religion.”

It’s not hard to put two and two together.