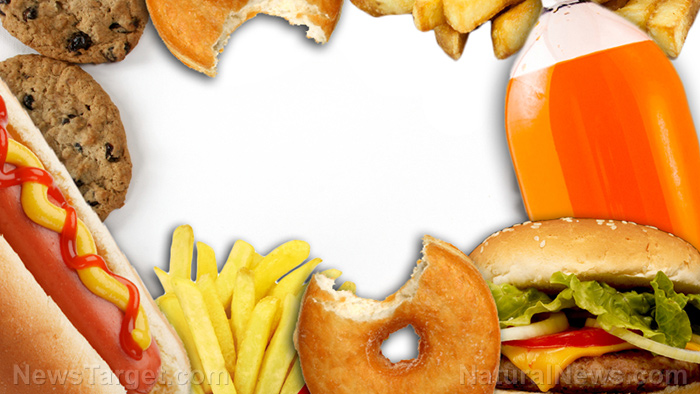 (Natural News) Here I was, strolling up to a cancer fundraising event for a relative I hardly knew. I heard the sounds of drunken chatter and eyed the Budweiser banner sponsoring the event. A crowd of faces overflowed out of the banquet hall like fizz bubbling over the brim of a red solo cup. I entered through the doorway, greeted by the smell of chemical perfume and barbeque. A raffle was being held to pay for the medical expenses that had overwhelmed yet another family. With blank stares, people were filling their plates with shredded hog meat, colored red and preserved with carcinogenic sodium nitrite. Kids were clamoring for ice cream and other pieces of refined sugar. Caramel color and corn syrup flowed. I overheard conversations, dominated by the talk of health problems and medical bills. (Related: Top 10 cancer causing food ingredients to avoid.)

I followed a steady stream of people to the back bar. There he was, in a crowded room, surrounded by slot machines and cold drinks. His doctor said he had six months to live. He had been diagnosed with colon cancer just four years ago. The initial chemotherapy was declared a success, but not for long. As usual, the cancer was back, unresolved, rearing its head again. Now here he was, gambling the night away, hoping and praying for a miracle.

Today, 72 percent of early deaths are from non-communicable chronic diseases that are connected to dietary choices that lead to cardiovascular events, obesity, Type-2 diabetes and cancer. A large ongoing study being conducted by the Institute of Health Metrics and Evaluation at the University of Washington is seeking why people around the world are at risk of early death. Life expectancy seems to be increasing, but the way people are living these extra years equates to misery. Are people living longer or suffering and dying longer? What are the factors contributing to this misery?

Five papers have already been published in the Lancet medical journal, detailing the specific causes, most of which are related to the decisions people make throughout their lifetime. Tobacco use has always been to blame and it is responsible for roughly 12.5 percent of early deaths. Alcohol and drug use is to blame for six percent, but the most shocking statistic from the study is the effect of a poor diet on life expectancy. The study revealed that a diet consumed with junk food and toxic food ingredients alone cause 20 percent of early deaths worldwide. This did not even factor in metabolic issues such as high body mass index (eight percent), high systolic blood pressure (20 percent), high fasting plasma glucose (10 percent), and high total cholesterol (7.5 percent), all of which can be traced back to poor diet in some way. Another five percent was attributed to low physical activity (two percent) and child and maternal malnutrition (five percent), two issues wildly underestimated.

We have to take action, instead of trying to drink the cause away

In the face of challenges unconquered, the drunkenness at the cancer charity event that night seemed arrogant and undignified. I made a small donation to the family who was struggling with medical bills, but more importantly, I gave them a little bit of information about the causes and how the chemotherapy fails to address the real issues. I hated to see a cancer charity event serve all this toxic junk food to so many people. This habitual eating of junk food was a major cause, right under their noses.

I wondered why cancer charity events like this one didn’t have fresh juice bar instead. I wondered why kids were clamoring for candies and soda instead of reaching for polyphenol-rich green tea. I wondered why people weren’t celebrating real cellular health by serving organic fruits, vegetables, superfoods, herbs, and berries. I had met doctors who had healed patients with living foods. I had met cancer survivors who had turned away from chemotherapy and chose nutrition and detoxification instead.

We must do more to reject the added sugars, antibiotics, colors, hydrogenated oils, heavy metals and preservatives that are tainting our blood and poisoning our livers, kidneys and brain. We should fight back against the food companies that inundate our lives with chemicals that weaken our cellular health. Plants, herbs, and superfoods should replace thick saturated animal products that slow down our digestive system and constrict our blood flow. Hormonal, puss-filled dairy products should be replaced with nuts, seeds, berries and the very nutritional essences of life. We don’t have to be a statistic. We can live with greater energy and not suffer from the sickness and immune suppression of toxic junk food.

For more helpful information, visit The Truth About Cancer.