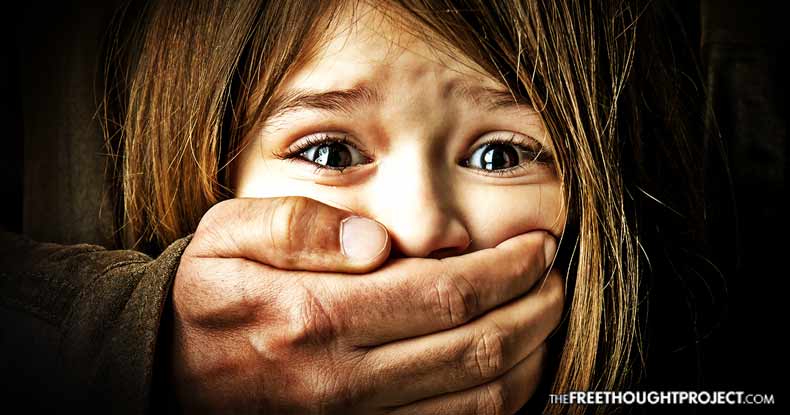 There is a distinctive agenda of pedophilia normalization currently underway in western elitist society. The latest case involves a court dropping rape charges against a 28-year-old man who allegedly raped an 11-year-old girl, as prosecutors claim the sex was “consensual” citing a lack of violence.

Authorities claim the child consented to the sexual acts and was not coerced into having intercourse, despite being 11-years-old, claiming that the child willingly followed the accused who had previously approached her twice for intimacy.

“There was no violence, no constraint, no threat, and no surprise,” the prosecution said.

The incident has sparked mass outrage in France, as critics of the decision have noted that actual consent is not even possible at such a young age. The man is now charged with sexual assault of a minor under the age of 15 – with a maximum penalty of five years in prison – but not rape, which in France carries a sentence of fifteen years imprisonment and twenty years behind bars if the victim is a minor.

The incident took place in April of this year when the 11-year-old victim was lured back to the apartment of the 28-year-old’s apartment for what she was under the impression would be a lesson in “kissing,” according to the girl’s mother.

The 28-year-old father of two, after luring the sixth grader back to his apartment, allegedly attempted to have sex with the girl in a stairwell only to be interrupted by a building guard. The two then reportedly entered an elevator where the man had the child perform oral sex on him. Following that, the man took the 11-year-old back to his parents’ apartment, where the pair engaged in intercourse.

Immediately upon leaving the apartment building, the girl called her mother, who went directly to authorities to file rape charges.

“She (the child) thought it was too late, that she didn’t have the right to protest, that it wouldn’t make any difference, so she went into autopilot, without emotion, and without reaction,” the mother told the Mediapart news site.

The victim’s attorney rightly claimed that a child can never meaningfully consent to sex, calling the pressure exerted on a girl the “worst act of domination.” The child’s attorney, Carine Diebolt, argued that the accused rapist had threatened to ruin Sarah’s reputation if she told anyone about their intimate encounter.

“We should not even have this debate when it comes to a child,” Diebolt, said. “There is a difference between curiosity and consent to a sexual act with a 28-year-old guy in a staircase.”

Incredibly, the alleged rapist’s attorney claimed, the “rape accusation does not hold, because there is an explicit consent of the girl.”

“The only question is whether my client knew the complainant’s age,” said lawyer Marc Goudarzian. “We must distinguish morality from the offense.”

“My client asked her age, she shrugged, he thought she was at least 15 years old,” Goudarzian noted, which is the legal age of consent in France.

In an attempt to besmirch the sixth grader’s reputation, and muddy the legal waters, the 28-year-old man claims the girl had been sending “naked” pictures of herself to strangers, which says led him to believe that the child had reached puberty and was much older than 11.

The girl’s legal team refutes this assertion, claiming that the child had shown the man her school notebook, thus him being fully aware of her young age.

Child rights groups have condemned the prosecutor’s decision to not charge the man with rape.

“It’s an emblematic trial of the shortcomings in the definition of rape, which is to be reviewed,” Celine Piques, a spokesperson for Osez le féminisme told BFMTV.com, denouncing what it termed a “scandalous judicial absurdity.”

“The question of consent or its absence should never arise for minor rape victims,” the Voice of the Child organization told the Washington Post.

“It’s truly terrifying to think that an 11-year-old girl is supposed to have the judgment of an adult,”Armelle Le Bigot Macaux, head of the Cofrade children’s rights group, told LCI television.

The trial, originally set for Tuesday, was rescheduled for February 13 due to procedural issues.

Revealing the complete lack of seriousness with which the molestation and rape of a child are treated, the 28-year-old man was not incarcerated – thus being free to continue to rape children – but is merely prohibited from contacting the girl.

Please share this story in hopes of waking people up to the creeping normalization of pedophilia taking place across the whole of western society!