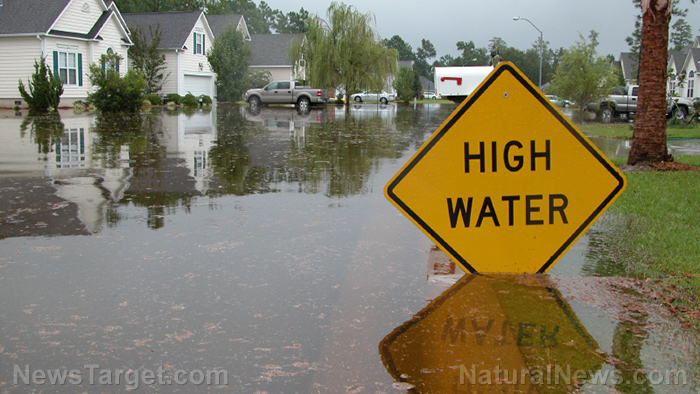 (Natural News) Earlier this month we reported that as flood waters receded in storm-ravaged Texas and Florida from Hurricanes Harvey and Irma respectively the risk of contracting tissue-eating bacteria was much higher. And while that story dealt primarily with brain-eating bacteria, the danger that other micro-sized flesh consumers could emerge was laid out.

It now appears as though the fears were well-founded.

As reported by USA Today, a woman who lived in a suburban Houston neighborhood that experienced severe flooding has now died from a flesh-eating bacteria. Harris County medical examiners say the bacteria entered her body via a tear in her skin.

The autopsy conducted by the medical examiner’s office found that 77-year-old Nancy Reed died Sept. 15 from necrotizing fasciitis, which is more commonly known as a “flesh-eating bacteria.”

“It was difficult to learn because we saw her a lot, very often, at all of our events,” Erica Badamo, the development manager at Village Learning and Achievement Center, an educational center for adults and children who have disabilities, told the paper. It turns out that Reed was a long-time donor to the center, as well as a volunteer at her church and a number of non-profit groups.

“God has gained an amazing angel,” added Tina Tilea, an administrative specialist for the center. “We’re going to miss her.”

Necrotizing fasciitis spreads very rapidly via muscle tissue and is known to cause organs to fail. While the type of bacteria was not identified specifically by the medical examiner’s office, streptococcus A, klebsiella, clositrium, E. coli, staphylococcus aureus and aeromonas hydrophila are among the bacteria that can lead to the disease and are also found often in flood water, the Centers for Disease Control and Prevention said. (Related: Boost your defenses against flesh-eating bacteria.)

Meanwhile, vibrio vulnificus, which is yet another bacteria type, are found in brackish water.

“It’s tragic,” but “this is one of the things we’d been worrying about once the flooding began, that something like this might occur,” Dr. David Persse, Houston’s emergency medical services director, told the Houston Chronicle. “My heart goes out to the family.”

The paper said that Reed fell while at her son’s home, cutting and fracturing her arm, according to a family friend. After the wound became infected she went to a local hospital, then was transferred to another where she died.

Turns out this isn’t the only case of necrotizing fasciitis stemming from Hurricane Harvey. J.R. Atkins of Missouri City, Texas, a former firefighter and paramedic, is warning friends about the bacteria after he developed necrotizing fasciitis from a bug bite, Country Livingreported on its website.

Atkins was paddling through his flooded neighborhood in a canoe after the storm wearing a jacket, waterproof pants, and rain boots, but no gloves because did not anticipate leaving his canoe and he did not have any open cuts on either hand.

But unbeknownst to him, he was bitten by an insect; later, his hand and forearm came into contact with Harvey floodwater. By the next day, his hand and arm were red and swollen.

His wife took him to the hospital emergency room, where he was admitted and, for the next 10 days — five of which were spent in intensive care — he underwent three surgeries to deal with the strep-A bacteria that managed to enter through the tiny wound caused by the bug bit.

Doctors told Adkins’ wife that his condition was extremely serious and even life-threatening, as 25 percent of necrotizing fasciitis cases are fatal.

“You want to stay dry,” Adkins tells people. “Completely cover your skin with waterproof clothes and make sure any open wounds are sealed with material that water cannot penetrate.” And he warns that a mask is necessary to keep from breathing in bacteria-infested water droplets.