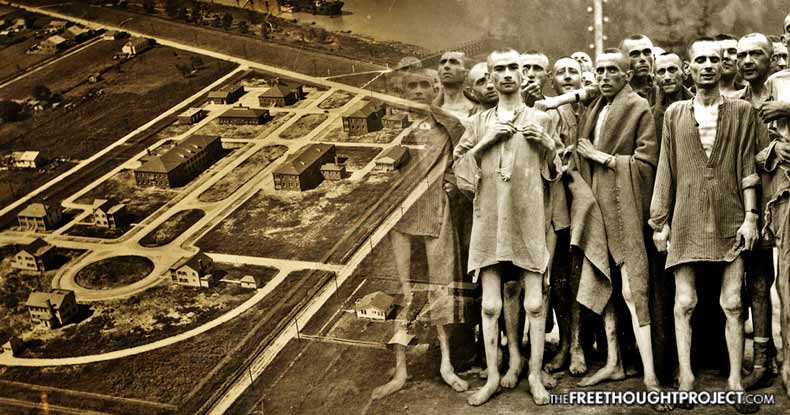 As neo-Nazis face off against AntiFa at various protests across the country, the media fanfare often leaves the public asking how much free speech groups should be allowed when it comes to their extreme beliefs. Advocates of freedom will argue that free speech extends to all, no matter how abhorrent their beliefs—but to truly see the reality of what occurs when groups are targeted for their suspected beliefs, just look at history.

After the Pearl Harbor attack occurred on Dec. 7, 1941, tens of thousands of Japanese Americans were forced into internment camps, based solely on their heritage. The Roosevelt Administration did not stop there, and a significant portion of its wrath was carried out in another camp that is not mentioned in most history textbooks: Camp Algiers.

Camp Algiers was located in New Orleans, and while it was labeled as an internment camp for Nazi sympathizers from Latin America, a large percentage of the detainees were Jewish. The camp’s legacy was detailed in a report by WWNO, New Orleans Public Radio.

Max Paul Friedman, a history professor at American University and an expert on the Latin American deportation operation during WWII, told WWNO that with over 1.5 million Germans lived in Latin America in the early 1940s, and the Roosevelt Administration made a case for the idea that “some of them might be Nazi agitators and even saboteurs and spies who could conceivably rise up and overthrow governments, and open up another front.”

Friedman said FBI agents were sent to Latin America and ordered to find “dangerous Nazis” to fill the internment camp. However, because “the best people were busy where the war really was, or security at home,” the agents who were sent had little knowledge of Spanish or German, yet they were tasked with finding and arresting suspected Nazis.

The FBI agents would “open wallets and offer to pay for information for anybody who would announce a Nazi,” according to Friedman. As a result, they “created a system that was riven with corruption where some of the Latin American dictators would say ‘oh you want Nazis? Well this guy who owns a farm next to my farm, he’s a Nazi.’ and they would deport some of their own residents to seize their property.”

Abandoned Southeast noted that the program behind finding candidates for Camp Algiers was called the Enemy Alien Control Program, which was an illegal, secretive program run by the State Department. At the time, it was against the law in the U.S. for the government “to seize individuals outside of the country.”

“The State Department was able to get around this by refusing to issue entry visas for the Latin American deportees,” the report from Abandoned Southeast claimed. “When they arrived to the Port of New Orleans without papers, they were denied visas. They were arrested on grounds they attempted to enter the country illegally, and were imprisoned at Camp Algiers.”

The immoral way the government found its newest victims for this secret was one thing, but the locations where these refugees were coming from was also an important factor. Approximately 81 Jews were included in the line-up, and Harvey Strum, a faculty member at the Sage College of Albany told WWNO that “not only were many of these people rounded up between 1941 and 1943 innocent, they were the victims,” and many of them had come to the U.S. for refuge after surviving concentration camps in Europe.

Camp Algiers housed around 5,000 people—made up of both innocent people the U.S. arrested and detained illegally, and innocent people who came to the U.S. seeking refuge. While the idea that the U.S. would subvert its own constitution to arrest foreign citizens who had never been charged with a crime is one thing, the idea the U.S. government would take innocent citizens who had survived concentration camps and make them share bunk beds with people who agreed with their inhumane treatment in Germany, is a crime in and of itself.

It is no secret that the version of World War II taught in public schools today white-washes the role the United States played and leaves out significant details, which makes it all the more important that Americans begin speaking up and sharing the stories of what happens when the U.S. government uses fear to justify violating the First and Fourth Amendments.