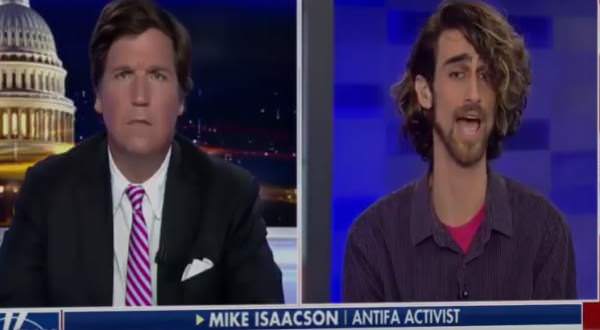 The Following Post was originally published at Fellowship of the Minds

Mike Isaacson is also a communist, an advocate of violence and an Antifa domestic terrorist who, in a tweet on August 23, 2017, mockingly said it is his “privilege to teach future dead cops”.

All of which was missed (or overlooked) by the very alert and competent John Jay College administration.

It turns out Isaacson wanting cops to be dead is the least of his perversities.

Isaacson describes himself as a “polyamorous” “pansexual” who’s into the following fetishes (I had to look up what some of them mean):

Below are pictures of himself he posted to FetLife. To call Mike Isaacson severely disturbed is an understatement.