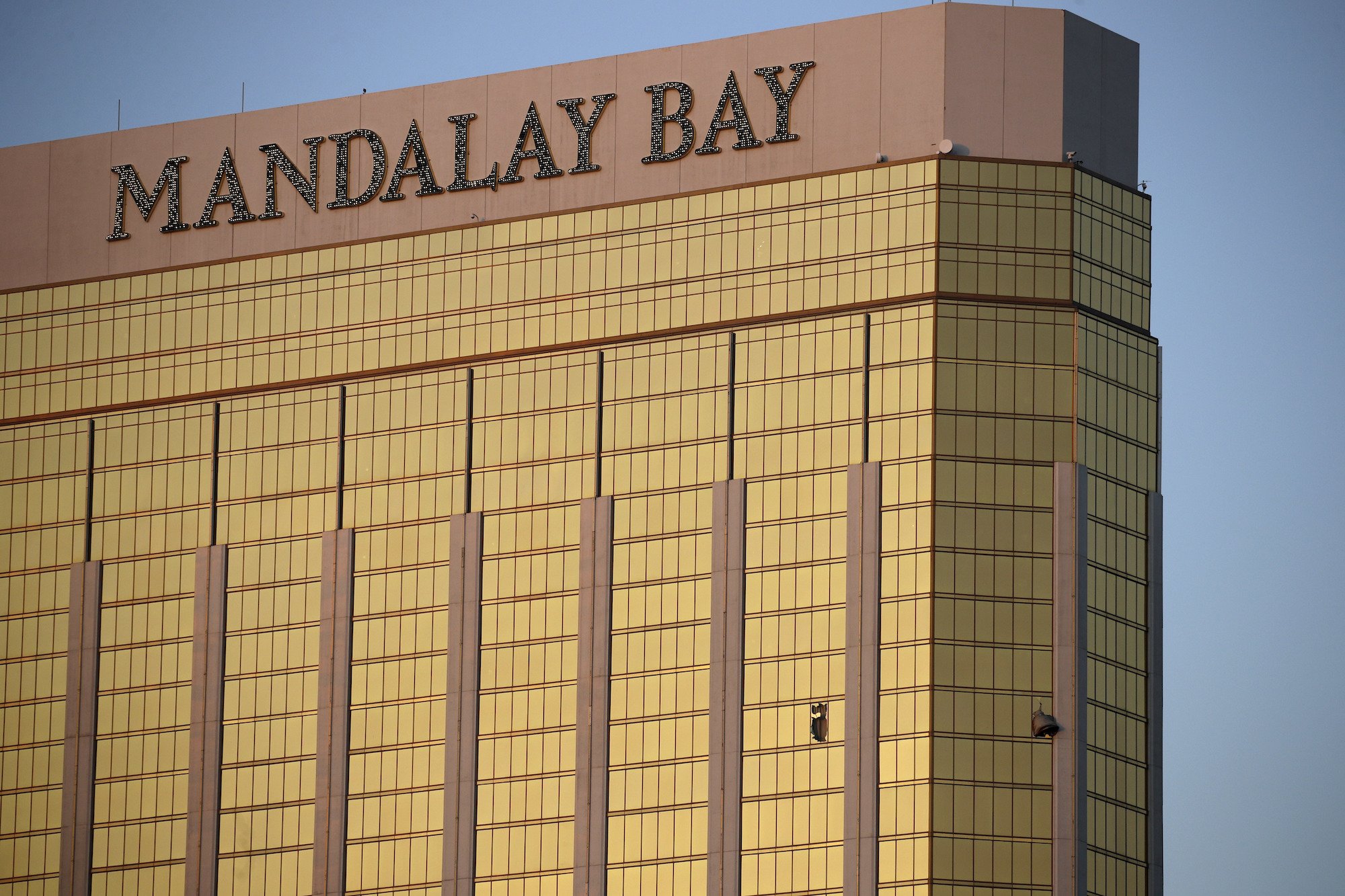 This is my second report on the tragic mass murder in Las Vegas on Sunday night.

I’m looking at a Getty image of two broken windows claimed to be on the 32nd floor of the Mandalay Bay Hotel, where the shooter purportedly fired an automatic weapon(s) at concert goers. I count 10 intact windows going around a corner of the building between the two broken ones. These broken windows are from the same hotel room? That’s questionable, and worth checking. If the windows are from two adjacent rooms, it suggests the likelihood of more than one shooter.

Las Vegas police scanner audio on first call-out to the hotel records an officer emphatically saying the shots are coming from half-way up the hotel. The hotel has 43 stories. The 32nd floor is where police claim they found shooter Stephen Paddock’s dead body and his cache of weapons. Perhaps the police officer was estimating when he said “half-way up.” If not, he was seeing shots fired from lower in the hotel. That would suggest the possibility of multiple shooters on different floors.

The latest estimate: 58 dead, 515 injured. It’s expected that more dead and wounded will be reported.

Variety.com states: “…the shooting rampage that police have said lasted about four and a half minutes.”

That would come out to an average of one person killed or injured every 2.1 seconds.

The question arises: how likely is it that one person, particularly Stephen Paddock, was the shooter, since according to his brother, Stephen was “not an avid gun guy at all…He has no military background or anything like that.”

I’ve still not seen a definitive statement about what kind of auto weapon(s) Paddock was supposedly using. One television commentator mentioned it would have been very, very expensive.

Initial reports of more than one shooter were quickly dismissed this morning.

These are questions, not conclusions, and they should remain open questions—in distinction to mainstream news, which has, as usual, gone along with blinders, taking dictation from law enforcement: