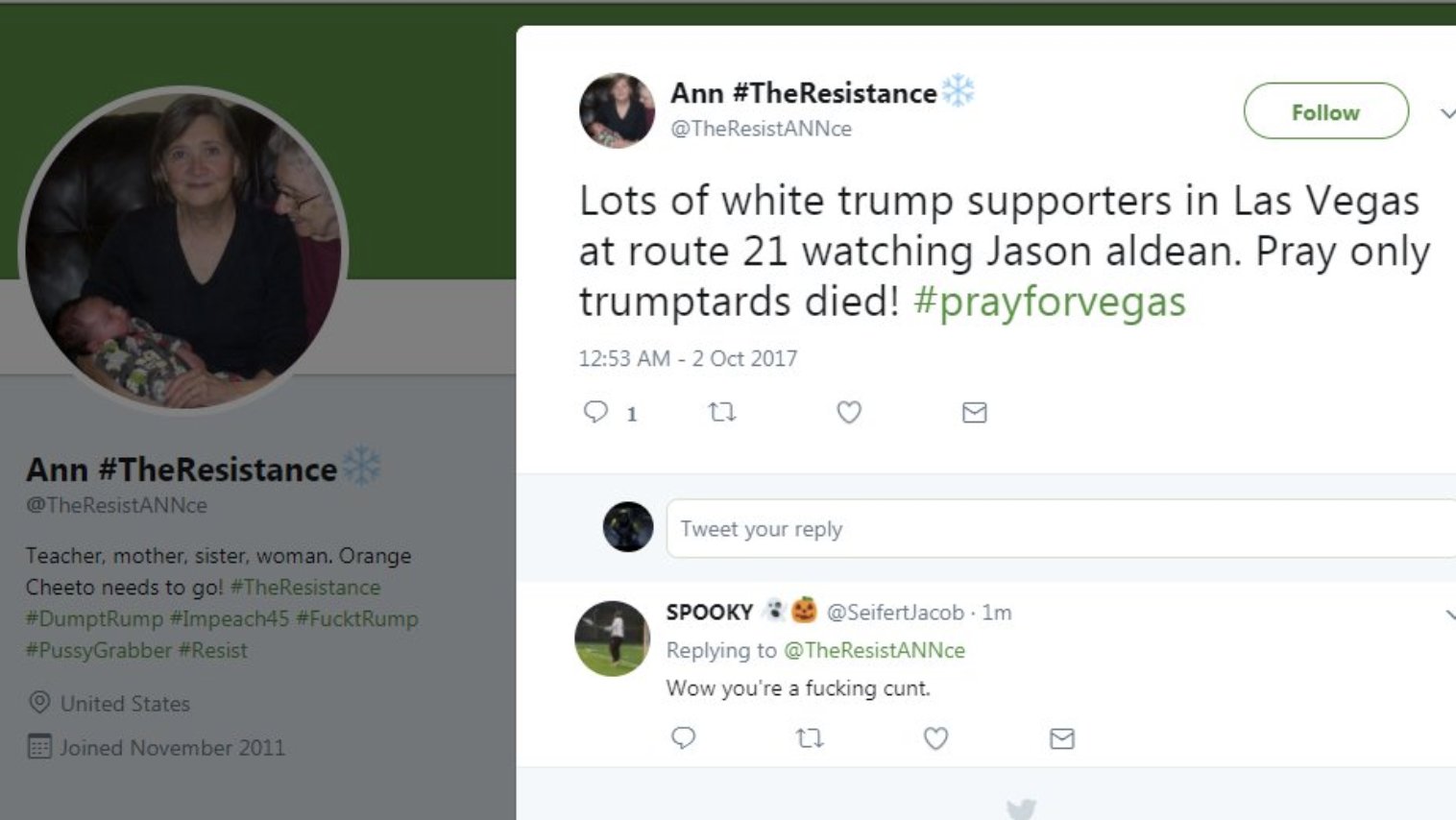 A leftist and anti-Trump activist with “The Resistance” reacted to news of a mass shooting in Las Vegas by praying that only “white Trump supporters” died.

Leftist teacher tweets out that she "prays only trumptards died" in Las Vegas Mass Shooting. Disgusting human being. #MandalayBay pic.twitter.com/kVeTX0btcI

Thank you @Dazikz for getting a screenshot of this horrible woman’s tweet before she deleted it. Truly despicable woman.

Very disturbing that this woman is a teacher.

Appears she has deleted her account since her tweet. Tragic that a woman as sick as her is teaching young minds.

That is truly disgusting!!

They claim they are the ones that care, diversity, love & respect.

Its false. They're evil.

Over 50 people were killed and over 400 were injured in Sunday night’s attack.

“There was blood everywhere,” one witness said.