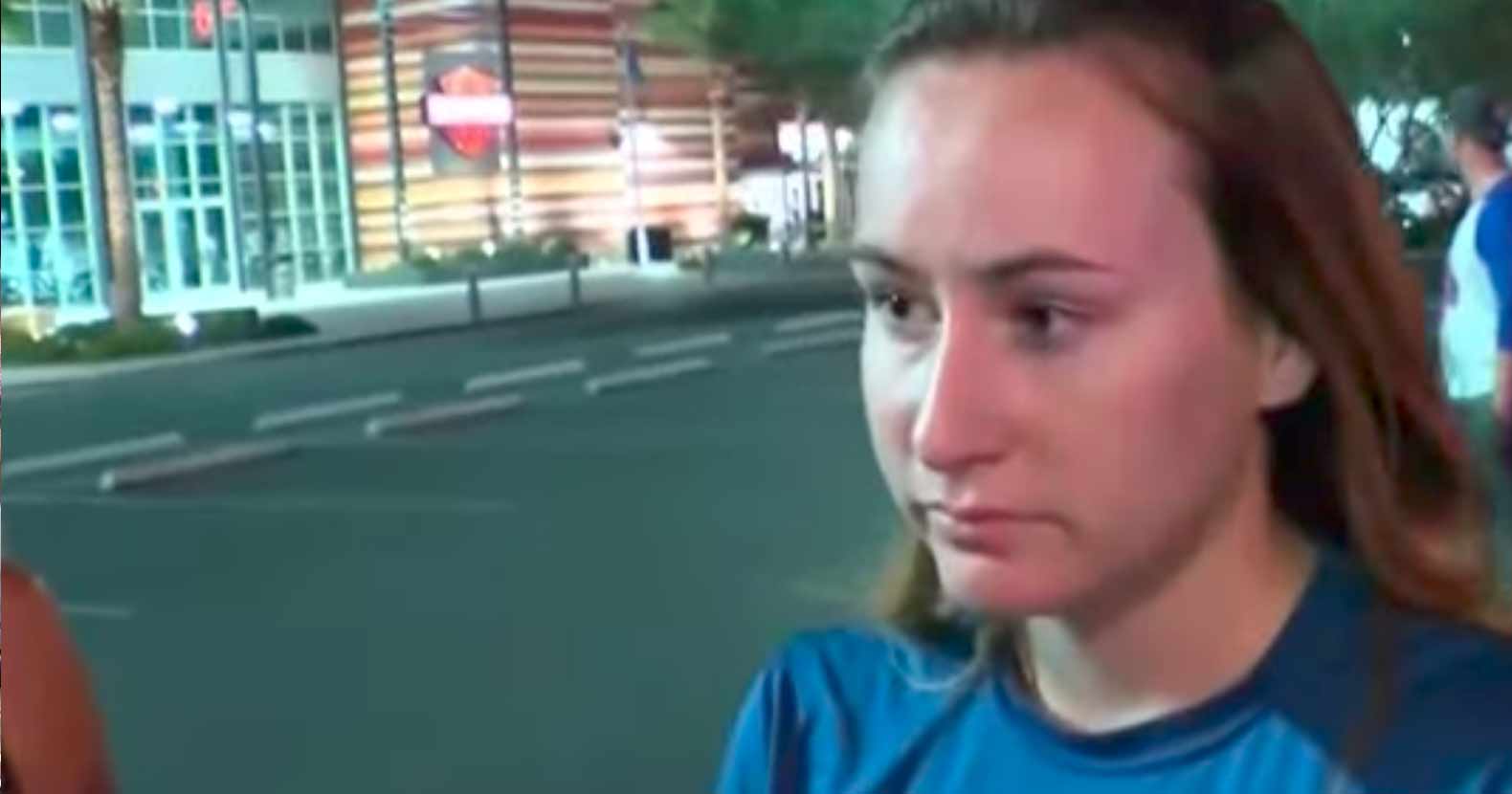 Las Vegas, NV – In what is now being deemed the deadliest mass shooting in US history, at least 50 people are confirmed dead and over 400 people have been sent to area hospitals, after a gunman, identified as 64-year-old Stephan Paddock, opened fire on concert-goers during a music festival.

The mass shooting took place at the Route 91 Harvest country music festival across the road from the Mandalay Bay hotel, on the south side of the Las Vegas Strip.

Interestingly, an interview with a witness raises startling questions, as the eyewitness claims to have seen a woman push her way to the first row of the concert roughly 45 minutes before the shooting began and levy threats indicating that everyone would soon be dead.

“So there was a lady who pushed her way forward into the first row and she started messing with another lady. She told us we were all going to die tonight – it was about forty five minutes before the shots were fired,” the witness states.

Investigators said they have identified a woman who had been traveling with Paddock, Marilou Danley, and want to question her.

According to police, Danley was not with Paddock when he checked into Mandalay Bay. Paddock was utilizing some of her identification, Lombardo said, adding that police “have had a conversation with her,” believing Danley “at this time not to be involved.”

CNN reports that she was not in the country when the shooting occurred. Police later confirmed that she had been located in the Phillipines.

Law enforcement sources say they located the shooter on the 32nd floor of the Mandalay Bay hotel, and that it appears Paddock opened fire on the concert-goers from the upper room floor of the hotel, according to the Las Vegas-Journal Review.

Currently, there are conflicting reports as to whether the shooter took his own life or was killed by police. Las Vegas Metropolitan Police Department Sheriff Joseph Lombardo said police had located a number of firearms in the room he occupied in the hotel.

Police also said that Paddock had no known connection to terrorism, and that law enforcement is not calling this a terrorist attack, according to NBC News.

This is in spite of the recent statement from ISIS claiming responsibility for the attack.

A statement published by the group’s Amaq propaganda agency claimed the attacker was a “soldier of the Islamic State”.

“The Las Vegas attacker is a soldier of the Islamic State in response to calls to target coalition countries,” it said.

In a second statement, Isis claimed the gunman “converted to Islam several months ago”.

Numerous videos posted on social media show large crowds of people running and ducking for cover as the sound of gunfire rings out.

The report by the eyewitness raises many important questions about the attack.

So, who was this woman that allegedly gave an ominous warning prior to the largest mass shooting in US history? Where did security take her after escorting her out, and do they have a record of it?

Please share this crucial story in hopes of getting this information out to the public, and getting to the bottom of what actually took place!