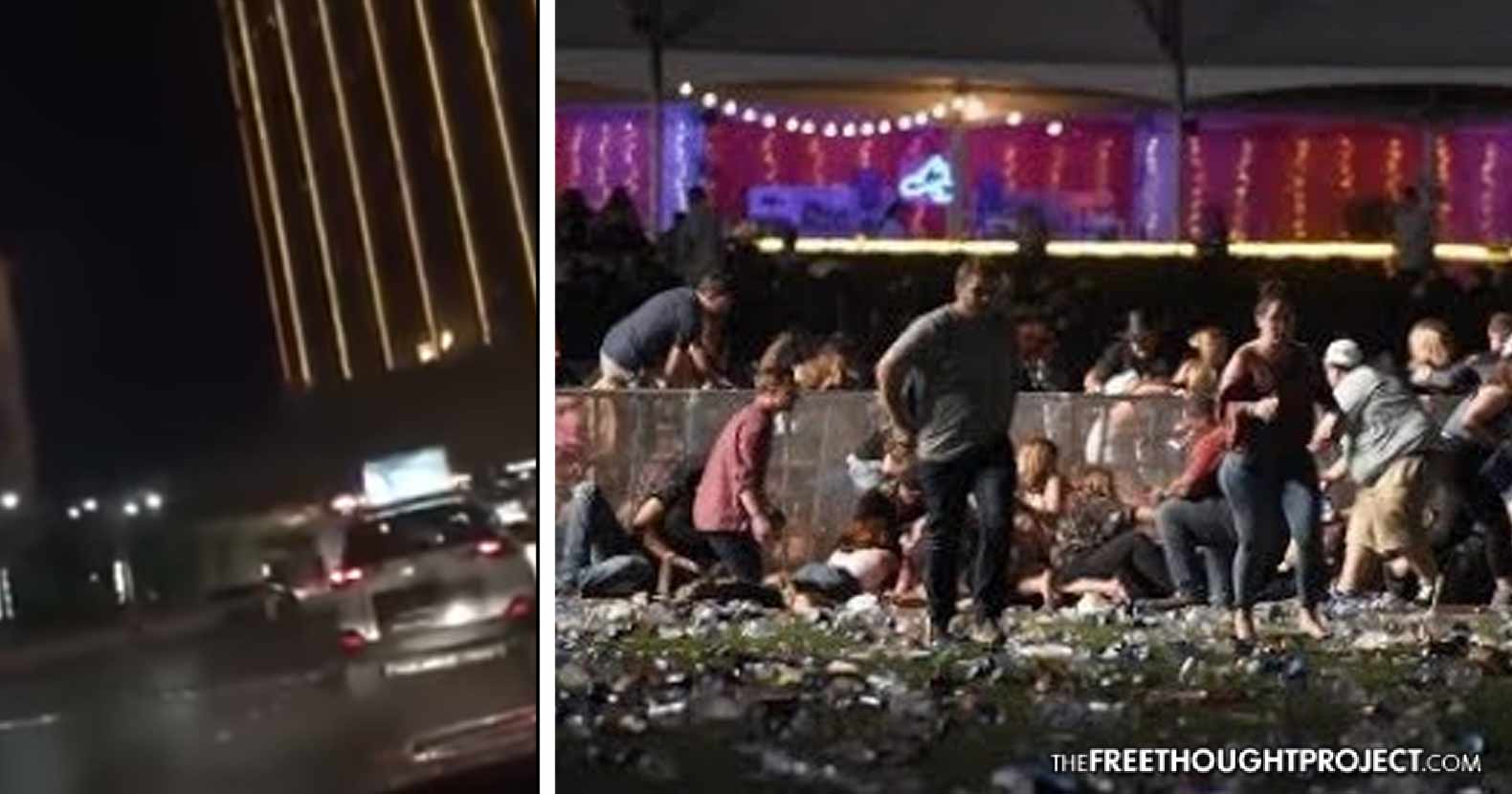 Las Vegas, NV — While there is certainly no shortage of bogus images and false claims surrounding the horrifically violent shooting in Las Vegas this weekend, there are some very serious inconsistencies that need addressing. A major one of those inconsistencies has to do with the myriad of reports of multiple shooters. While some of the claims have been proven false, a video, confirmed to be taken by a Las Vegas cab driver appears to capture and confirm the presence of multiple shooters.

Cori Langdon, taxi driver, and resident of Las Vegas was in the taxi lane at Mandalay Bay when the shooting began. At first, Langdon didn’t know what was going on, but when the shots began, she quickly realized and began filming. What she captured could be considered the most important evidence in regards to the reports of multiple shooters.

In the video, shots begin to ring out. At first, the shots are far away and then, all of the sudden, they are right on top of her. This happens several times during the first two minutes of the video.

At first glance, the two shooting distances sound like it could just be an echo. However, as the video progresses, we here the distant shots originate first and with different patterns. As Langdon continues filming, the shooting becomes clear that it is coming from two different spots and Langdon even confirms this by saying, “It is now coming from further away.”

Using multiple firing positions is a military tactic designed to throw off the enemy. A single firing position is relatively easy to pinpoint, so the use multiple points of fire is employed to ‘blur’ the locator’s image.

While there were two windows busted out of Paddock’s dual room suite, the distance between them does not seem far enough away from each other to produce the sounds we hear in the video below. Also, it would have been quite the feat to run between both windows as fast as the firing is heard. Some of the exchanges happen almost instantly.

When the shooting became louder and more prevalent, Langdon jumped in her car and made a run for it. In the video, you can hear Langdon’s taxi company discussing the chaos and then Langdon is informed to leave the area and stay clear of the strip.

As she continues to film, the rounds continue to be heard for several minutes. As she leaves the front drive of Mandalay Bay, Langdon says, “It seems like it’s coming from up there.”

Just then, she turns the camera up and more rounds are fired off and a flickering light, that could either be a strobe light or a muzzle flash is seen. What makes this strobe light effect particularly interesting is that it was filmed by multiple witnesses who claim it was gunfire. Below is a brief compilation of some of those videos.

As the video progresses, Langdon turns from an observer and documentarian to a first responder.

As the Winchester News-Gazette reports, in speaking with Missy Morgan, a native Winchester resident and former resident of Las Vegas, she informed Winchester’s News-Gazette Publisher, Leesa Friend, that she had a friend that was “in the middle of all the tragic chaos”.  That person was Cori Langdon, video provider.

She witnessed many people pouring into the streets from the targeted area.  At one point she has passengers take shelter in her taxi, one with a broken leg asking for her to take them away from there, just anywhere away from the location.  Along the way, one passenger is heard contacting family to let them know they are safe and OK.  The same passenger is heard crying that there were “dead bodies everywhere” as they fled the concert location. After begging from the passengers to take them to several different locations on the strip, Langdon refuses and proceeds to take them to what she considers a safe place away from town.

It is important to note that while this video does appear to confirm multiple shooters, there are a number of varying scenarios that could’ve produced these affects. The acoustics in a massive concrete city like Las Vegas can certainly play tricks on even the most astute audiophiles.

While this is not exactly a smoking gun, this video certainly warrants further investigation and should not be overlooked.

More video has emerged that shows the flashing light continuing to blink well after the shooting ended.