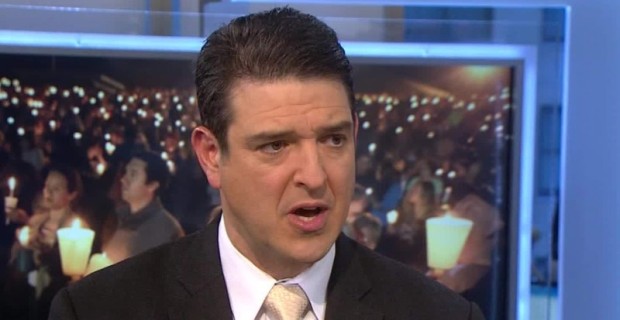 As the motive behind Sunday night’s massacre in Las Vegas remains unclear, forensic psychiatrist Dr. Michael Welner suggested that gunman Stephen Paddock may have deliberately targeted conservatives and that CNN was partly to blame.

Appearing on Fox and Friends, Welner explained that the massacre was a “stranger mass homicide,” which means that it was motivated either by a political or personal cause, or because the shooter wanted to gain notoriety, such as with Aurora shooter James Holmes, a case that Welner worked on.

“Here’s the thing, shooting for notoriety’s sake and nothing more is a young man’s crime and this is a 64-year-old with no dramatic mental illness,” said Welner, equating Paddock with James Hodgkinson, who attempted to massacre Republican lawmakers, which would have mandated special elections to replace them.

“My point is a spectacle is either designed to cause some derivative impact or to instigate some cause discussion,” added the psychiatrist, emphasizing, “people who commit crimes for notoriety alone are young and he’s not.”

Welner went on to assert that Americans who are gun enthusiasts, populists and nationalists are routinely “dehumanized” and “demonized” by leftists and the media, referring to the CBS News executive who was fired after she said the had no sympathy for the Las Vegas victims because most of them were probably Republicans.

“His mindset is that they deserve to die,” said Welner, referring to the shooter, “So a person who adopts a cause may be otherwise law abiding but he feels righteously justified that the end justifies the means – so we’re talking now about gun control because he committed an over the top gun crime,” he added, suggesting that Paddock was “instigating a means to end with people you’ve dehumanized.”

Asked, “What do country music fans and country music artists represent?” Welner responded, “It’s Americana – it could be guns….he’s smart enough to know what this would instigate”

Welner went on to assert that “CNN is going to have to answer for how they demonize gun enthusiasts and how CNN actually contributes to mass shootings.”

No motive has yet been uncovered for the shooting, with Paddock’s family claiming he didn’t hold any strong religious or political views.