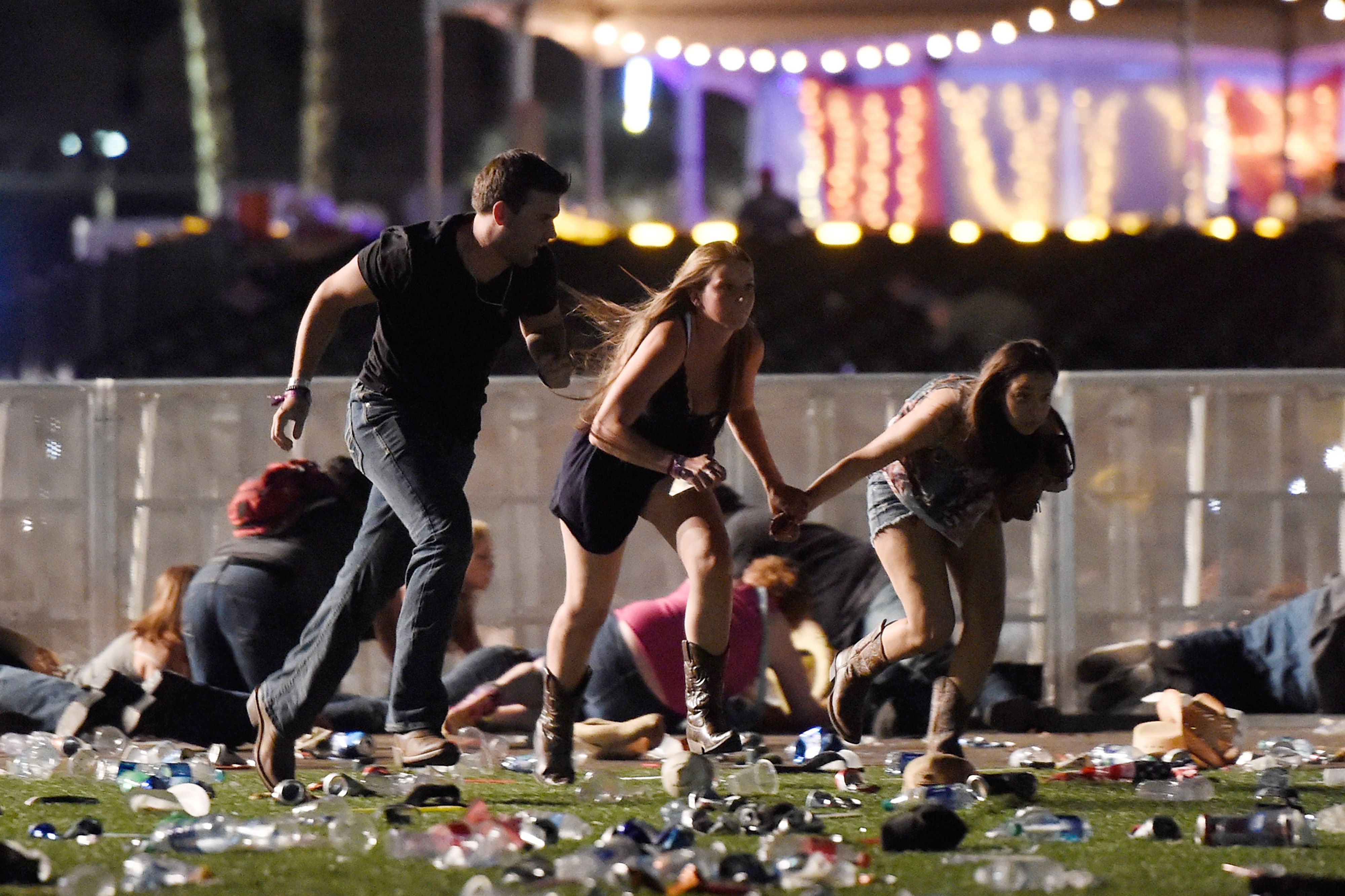 Lone shooter? Really? And this is supposed to be more than a convenient fantasy?

Yesterday, I did a brief analysis of the number of people killed and wounded at the Vegas Concert (573) in roughly four and half minutes, which is the police estimate of the duration of the attack.

The lone shooter killed or wounded 2.1 persons per second. It is HIGHLY doubtful Paddock could have done that. His distance from the concert, his lack of professional skill, his state of mind, among other factors, rule against it.

Any competent and honest law-enforcement analyst would see a huge red flag right away.

But of course, multiple shooters destroys the official narrative and opens the door to an investigation that could expose, for example, an intentional false flag operation.

Here is a piece of Jeff Rense’s analysis of rate-of-fire vs. people struck by bullets. It cuts to the core of the absurd lone shooter assumption:

“…a potential MAXIMUM of only 360 rounds could be fired at full auto burst with NO magazine changes in the approximate four minutes or 240 seconds of the shooting!”

“So, Paddock didn’t fire 360 rounds in 240 seconds because he had to stop and change magazines…probably 30 round mags. That would be THIRTEEN magazine changes in the 240 seconds. And it is reported he fired from both broken out windows in the room/s.”

“Survivors state there were shooting pauses and that is when they would run.”

“Let’s say Paddock managed to get off an amazing 300 rounds in 4 minutes (or 240 seconds) and hit someone with EVERY ROUND.”

“Remember, there were 573 killed and wounded according to late statistics.”

“WHO, then, fired off the other full-auto 273 rounds also without missing a single shot ?!”

Another man who apparently has significant professional background re weapons has sent me his detailed analysis:

“There is NO WAY in hell that this inexperienced guy was able to hit 500+ people, at a down sloping range of approximately 250-350 yards using a make-shift weapon modified to shot automatically. Here are some reasons why and you can check with other experts to verify my points.”

“1. It was dark and no matter how well lit, there are many shadows to hide in.

2. Simple a ‘sear’ (pronounced see-er) modification would have only permitted one entire magazine to shoot all at once with no select fire (being able to start and stop).

3. There are some devices (like AutoGlove and Bump Fire) that can simulate full automatic fire, but they cannot be used accurately or effectively.

4. Even if the shooter was able to somehow obtain a full normal functioning automatic rifle, anyone with military experience can tell you that the rifles are difficult to control when firing more than 3 round bursts – especially a .308 or AK47 type. This is because the rifle will uncontrollably rise if automatic fire is constant.

5. After the first 15 or so seconds, the crowd scattered and took cover.

6. I don’t have a count of how many pieces of empty brass (fired rounds) they have recovered, but knowing how many shots were fired compared to how many people were hit will tell you the hit ratio. If this guy did this in 20 seconds, we needed him desperately in Afghanistan!

7. To fire 500 aimed shoots and swap out magazines would have taken him about 15-20 minutes, and there is no way that each shot would have hit someone – more than likely would have missed.”

“To put in perspective…. Say a guy purchases an expensive bolt action rifle in .308 with a nice expensive scope. Without experience, someone would have to mount the scope for him and do a rough sighting in with a laser. This individual then takes this rifle to a range in broad daylight with no stress and using a bench rest and breathing techniques and all the time in the world and fires at a target 300 yards. It is possible, but doubtful if that person could hit a large refrigerator at that range UNLESS they had LOTS OF PRACTICE and EXPERIENCE. For every 1 minute (1/60th of a degree) of angle change at the rifle, the bullet would vary by 3 inches at 300 yards. For this untrained guy to be wildly shooting with a high heart rate at nighttime? Well, bullets would be going everywhere!”

I fully understand that the estimates of 573 killed and wounded, and the police statement that all the shooting took place in four and half minutes, may be off. These figures may not be precise.

Nevertheless, they are a good and proper starting point. And even allowing for later adjustments, the evidence for multiple shooters and against a lone amateur like Paddock is stunning.

So why won’t law-enforcement take notice?

Because, in certain cases with great consequences, the overall agenda and the direction of an investigation are set from offices far higher than the positions of the actual detectives and agents on the scene.

“This is what we want to know. Only this. Everything else is off limits.”

But it’s not off limits for us.