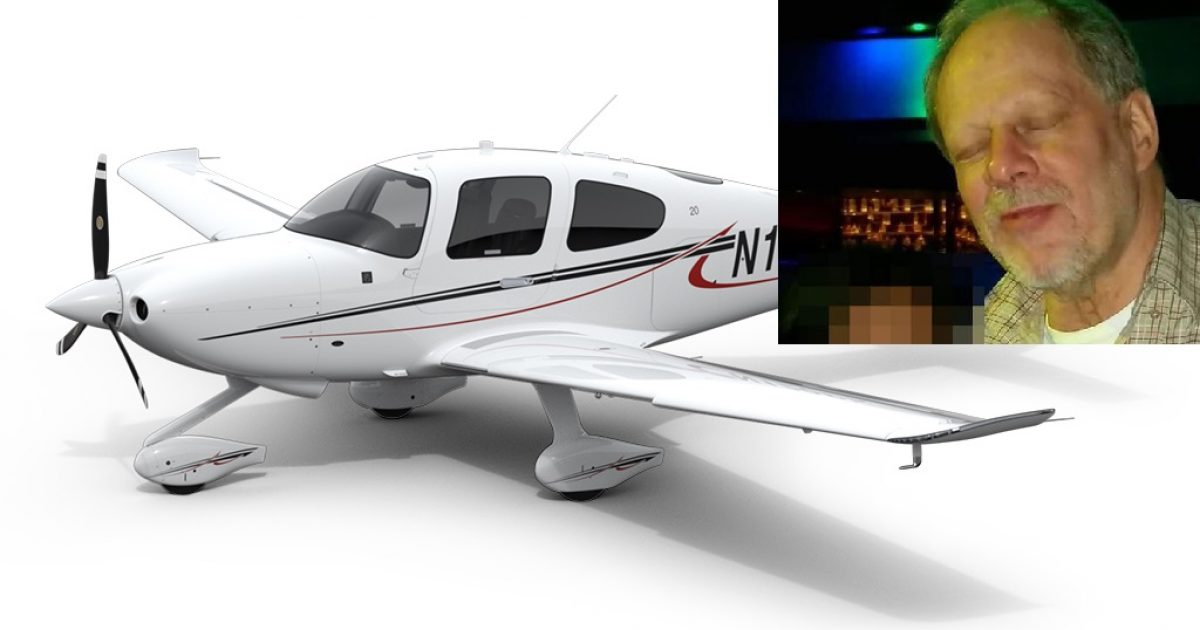 I have discovered that there was apparently a plane that has been listed in the FAA database as “deregistered” that is also showing up at FlightAware.com as being registered in 2006 and 2007 to Stephen C. Paddock of both Henderson, Nevada and Mesquite, Texas, the alleged Las Vegas shooter.

There has been social media activity that has claimed the plane is also registered to a defense contractor.

However, the FAA has the plane deregistered just days before the 9/11 attacks in 2001.

Here’s what I discovered.

First, here’s the FAA’s website showing the deregistering of the plane. The tail number is N5343M. You can input the at FAA.Gov and obtain the information and then input it at FlightAware.com.

Here are the screen captures of both results.

Notice that after being deregistered just 5 days prior to 9/11/2001, the FAA has no further record of this plane. I contacted the FAA Office of Inspector General about the information. As of the writing of this article, they have not responded to my request for comment.

I also contacted FlightAware.com and pointed out the discrepancy, which they claim comes from the FAA website.

The female operator I spoke to at FlightAware expressed concern when she saw the name Stephen Paddock and I told her that was the alleged Las Vegas shooter.

I also requested comment from FlightAware.com on the matter. As of the writing of this article, I’ve received no comment.

At least one other aircraft is registered to Volant LLC in Roanoke, Virginia, another SR20 with tail number 145AW. The SR20 is the same plane I discovered on FlightAware.com.

Interestingly enough, that plane was certified in August 2013 and that certification expires in 2019. That date matches the FlightAware.com’s record for the last certification of N5343M.

This definitely makes for an interesting investigation, but so far, none of my requests for comment on the discrepancy have been met. Either the FAA has scrubbed the information and the timing near 9/11 is concerning or someone at FlightAware.com is perpetrating misinformation.

In either case, should FlightAware.com’s data be accurate, this would lend an entirely new twist to what is taking place with the alleged shooter Stephen C. Paddock.

UPDATE: FlightAware.com did finally respond to me via email. Here’s their reply (Notice that they are laying this all on the FAA).

It was my pleasure to speak with you earlier.

I have done some investigation and it would appear that it’s just the method of keeping records and how they are displayed that is causing the discrepancy between FlightAware and the FAA. Although to confirm our data is in fact sourced from an FAA data feed.

FlightAware will show the registration for the most recent flight for that tail number and display the historical record of ownership.

For future reference, if you need press related info we now have a decided member of staff who will handle any media enquires. You can find contact details and information on this page: https://flightaware.com/news/