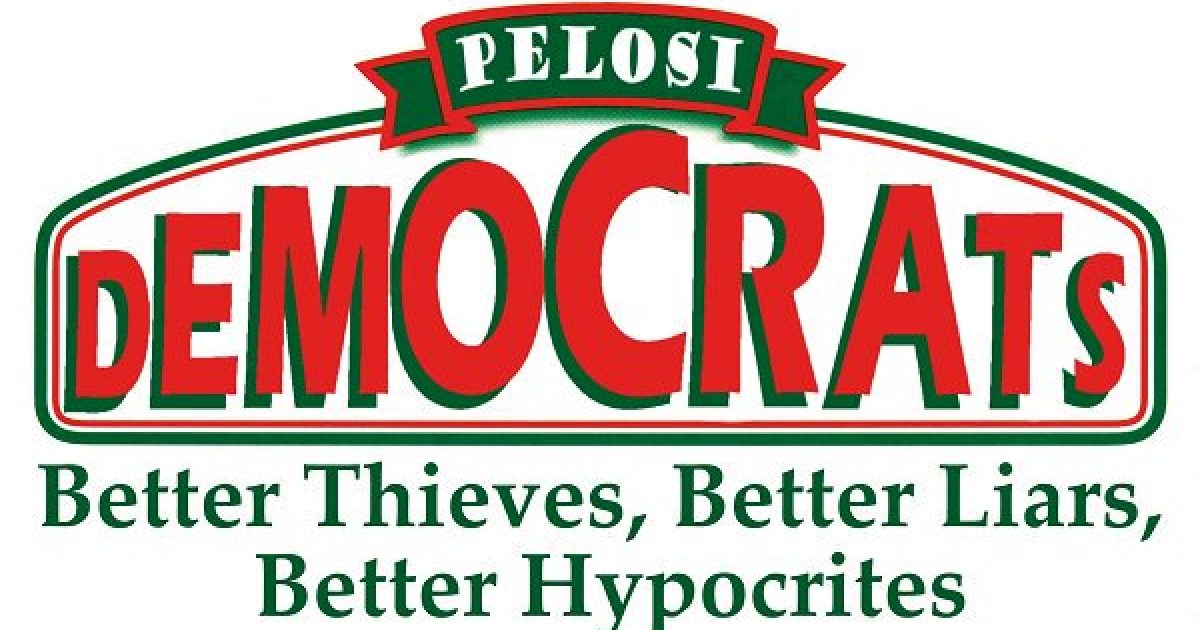 So the Democrats are pushing gun control, again. The latest word is that Republicans may be willing to accept a ban on bump fire stocks and other aftermarket accessories.

Why does the minority party get to dictate this while the majority begs and pleads to be accepted into their elitist club?

Personally, I think the Republicans should find the intestinal fortitude to tell Democrats to shove it up their proverbial donkeys.

After all, the Democrat party has proven over the past few years, that they have absolutely no credibility or integrity and that they are driven purely by their hatred for this country.

In other words, they have no right whatsoever to push for gun control when they lack the righteousness and ethical background to do so.

First of all, the Democrats acted with complete disbelief that Donald Trump won the election when in all reality it should have come to no surprise.

The average person, when faced with such an obvious rejection, actually does some soul searching and self-reflecting in an effort to change.

In response to the loss of a legitimate election, they immediately go on a wild goose chase in an attempt to convince the nation that Trump colluded with the Russians to steal the election from Hillary.

Ten months into Trumps presidency and they are still searching for some way to make this connection despite the lack of evidence proving any conspiracy.

Of course, before the election even happened the Democrats got caught red-handed fixing their own primary election in favor of Hillary Clinton.

Clearly, if they had not done so Bernie Sanders would have been the chosen nominee.

What was the reaction to this?

Nothing, it was covered up.

In fact, in a lawsuit filed against the DNC by Democrat voters, a court actually ruled the DNC had the right to rig the election in any way they see fit. How is this not considered corruption of the highest order?

Over the past few years, we have been witness to Operation Fast and Furious, Benghazi, the Iran Deal and numerous other scandals.

In response to these attacks, the Democrats blamed America’s inherent racism insisting that Muslims are the new oppressed group.

The Democrats encouraged a literal war on police by allowing a destructive narrative based on a lie to develop and take hold, “Hands up don’t shoot.”

Many police officers have been murdered in cold blood by people supporting the cause of groups like Black Lives Matter, yet the Democrats are completely indifferent to this claiming that blacks are oppressed victims of White Privilege.

To this day many blacks still believe police are systematically hunting them down and shooting them just because they are black.

Cities have been burned to the ground by organized groups of professional leftists being paid by George Soros to riot and disrupt the lives of everyday Americans.

These riots destroyed businesses and homes and the left puts these people on a pedestal as though they are some kind of cultural heroes.

Hillary Clinton has been implicated in numerous scandals including the Email issue, where no real investigation took place, along with her real collusion with Russia to sell our uranium.

She has also been caught using her State Department position to elicit huge donations to her Clinton Foundation in an elaborate pay to play scheme.

What was done about any of this?

Let’s not forget the numerous investigators that continually pop up dead while investigating Clinton corruption.

The Democrat party is the first party to actually remove God from their political platform.

They sit in their positions of wealth and power and lecture us about greed.

Democrat politicians make up some of the richest in the country.

For instance, Senator Diane Feinstein has a total net worth of 80 million dollars, yet she advocates for policies which restrict an individuals ability to be able to pursue that kind of wealth themselves.

If she could she would enact a Marxist dictatorship demanding everyone give up what they have so everything is fair.

The truth is that she advocates against capitalism to hide the fact that her husband is a finance capitalist.

She is a person of very low integrity who has no ethical standing to be pushing gun control.

By the way, she has a concealed carry permit in California.

Democrats have done nothing but use fear, lies and smear campaigns in an effort to get what they want.

They have used words like racist, homophobia, Islamophobia, uncompassionate and extremist to describe anyone who stands in the way of their agenda.

They accuse Republicans of wanting people to die when in fact they hide the brutal truth about Obamacare and what socialized medicine would do to America.

They lie about gun statistics in order to push a disarmament agenda, demonstrating a willingness to leave good people helpless when they know full well gun control will not stop violent crime.

Again, they are willing to leave you helpless against people who will not follow their laws. How is that moral or fair?

Democrats have no moral standing whatsoever to be pushing an agenda of any kind.

Not only are they the minority party but they are liars, cheaters and have demonstrated they do not deserve the trust of the American people.

They have no moral base to be legislating people’s rights, yet here we are on the edge of our seats watching to see what happens.

Get off your butts America.