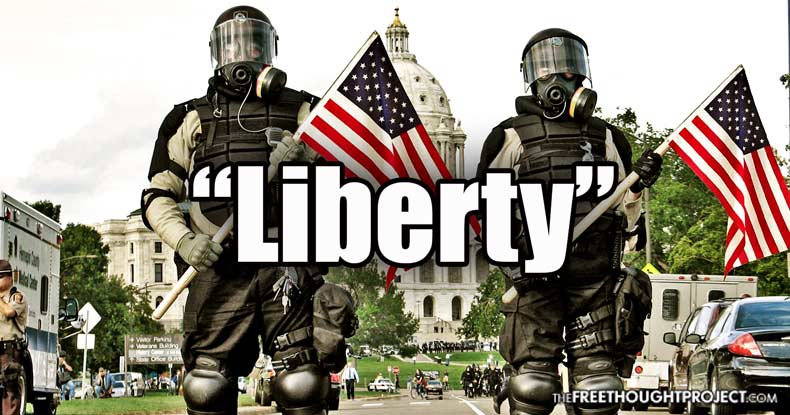 After 9/11, the United States government preyed on the fear felt by many Americans to justify the passage of the USA Patriot Act—a law that was supposed to prevent future terrorist attacks. Now, after the Las Vegas shooting, the government has another proposed law ready to go, and just as with the Patriot Act, it also infringes on Americans’ liberties, and does very little for their security.

The USA Liberty Act is the latest trendy name for a law that would reauthorize Section 702 of the Foreign Intelligence Surveillance Act (FISA), which is set to expire on Dec. 31, 2017. According to the House Judiciary Committee, the act would preserve “the core purpose of Section 702: the collection of electronic communications by non-U.S. persons for use in our nation’s defense.”

However, it should be noted that while the purpose of FISA was reportedly only to allow surveillance on the communications of foreign targets who were suspected terrorists, it has been used to spy on the communications of innocent Americans—despite the practice being ruled illegal—and any reauthorization of the law will only allow the practice to continue under the guise of “preventing terrorism.”

The USA Liberty Act claims that it will “better protect Americans’ privacy” by requiring the government to have “a legitimate national security purpose” before searching an individual’s database. Then when they do have that purpose established, they will be required to “obtain a court order based on probable cause to look at the content of communications, except when lives or safety are threatened, or a previous probable cause-based court order or warrant has been granted.”

But what the USA Liberty Act does not advertise is the fact that it does not actually address the legitimate problems that exist with Section 702. The FBI’s “legitimate national security purpose” could be justified by just about any reason the agency chooses to give, and agents will only need supervisory authority in order to search Americans’ metadata.

One of the most important things to remember about Section 702 is that, as the Constitution Project noted, it gives domestic law enforcement agencies access to the data seized by the NSA, while allowing the NSA to “retain and disseminate Americans’ communications that may contain any evidence of any crime.”

In a press release on the new act, the House Judiciary Committee bragged about the “bipartisan success” of the USA Freedom Act in June 2015, claiming that it “ended the bulk collection of data, protected civil liberties and national security, and provided robust oversight and transparency of our vital national security tools.”

However, as The Free Thought Project reported in May 2015, the USA Freedom Act “doesn’t actually end or suspend the phone records program, but simply requires phone companies to hold onto these records rather than the NSA.” It also authorized, for the first time, “the NSA, FBI, and other government agencies to unconstitutionally collect data in bulk on potentially millions of law-abiding Americans,” and it let the NSA collect “cell phone records in addition to the landline call records.”

In the same way that the USA Patriot Act was the opposite of patriotic in 2001, the USA Freedom Act only took away freedom in 2015. Do not be fooled by the title—the USA Liberty Act in 2017 has nothing to do with expanding “liberty.”