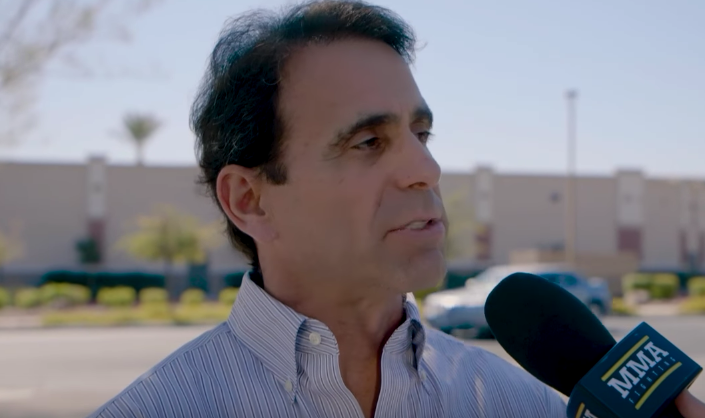 Did the doctor have a little slip of the tongue? Was a ‘mass casualty incident disaster drill’ underway the night of the shooting?

LAS VEGAS (INTELLIHUB) — Chief Medical Doctor of the Emergency Department at Vally Hospital Medical Center and longtime Chief Ultimate Fighting Championship (UFC) Doctor Jeffrey Davis admitted on camera that a ‘mass casualty incident disaster drill’ was activated after the massacre in which 59 people were killed, according to official reports.

The famous doctor said that he was at home Sunday night when got a call (around 10 p.m. local time) from one of his office directors who notified the doctor that there was ‘possibly’ a mass shooting with multiple victims and that the hospital was going to activate a ‘mass casualty incident’ or ‘disaster drill.’

“Sunday evening I was at home. Probably like everyone getting ready for nighttime […] I was notified by one of my office directors that there was a shooting, possibly a mass shooting, with multiple victims and that we were going to initiate what is called a ‘mass casualty incident’ or ‘disaster drill’,” the doctor explained. “Initially I didn’t know what she was talking about, many people didn’t, and she said ‘turn on your T.V’. At that time I did and I started to witness what everyone else in the world was witnessing.”

The doctor said that he immediately went down to the medical center where he arrived around 11 p.m. and described the scene as ‘a pretty horrific sight.’

The doctor said that over 30 victims of the shooting were treated by his department.

Shockingly the doctor’s admission dovetails with an actual Federal Emergency Management Agency (FEMA) and Department of Homeland Security (DHS) Integrated Capstone Exercise (ICE) for Hospital Emergency Response Training for Mass Casualty Incidents’ that took place between the dates of October 1-3 as seen below. (Click to enlarge)

Director of External Affairs for the Center for Domestic Preparedness, FEMA, and DHS, Richard Brewer told Intellihub’s Founder and Director Shepard Ambellas in a phone interview that he could not confirm which state the drill was taking place in and ‘terminated’ the call.

Brewer later prepared a statement for Ambellas via email which read:

Shepard:  We spoke earlier by phone.

As we discussed, our training is routinely scheduled at least six months in advance.  The ‘Hospital Emergency Response Training for Mass Casualty Incidents’ you referenced, and which is currently underway, was likewise scheduled months ago.

Brewer went on to write, “The training is being conducted here at the Center for Domestic Preparedness in Anniston, Ala.”

Could the following video contain footage of an actual drill being conducted in Las Vegas the night of the shooting?