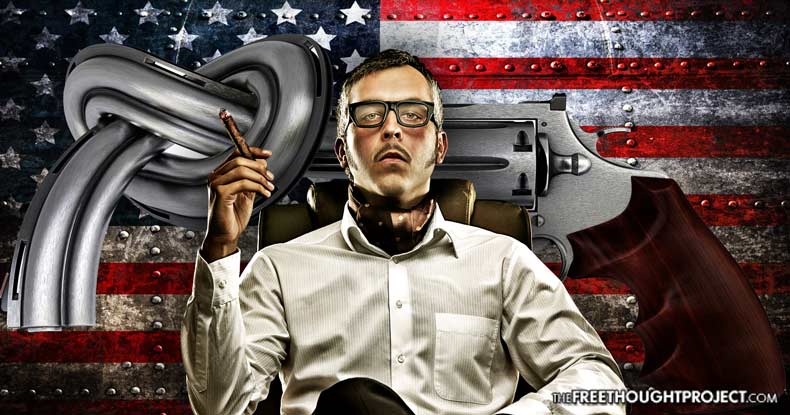 As is the case after every single time a crazed maniac causes a tragedy using firearms, politicians and their supporters come out of the woodwork to demand Americans give up their guns. Sadly, as is the case every single time, the citizens who support giving up their right to self-defense miss the bigger picture. When law-abiding citizens turn in their guns, only the government — and criminals — have guns.

The disconnect happens here. People who dislike Donald Trump and who, rightfully so, call out the problem of police brutality in America, want to give all the guns in the country to Donald Trump and the police.

The bottom line is that government, historically speaking, is the most violent entity in the world. In the 20th Century alone, governments were responsible for 260,000,000 deaths worldwide. That number is greater than all deaths from illicit drug use, STD’s, Homicides, and Traffic Accidents — combined. And this is who we want to have all the guns?

What happened in Las Vegas was tragic and, naturally, good people want to prevent it from happening in the future so they search for solutions. However, the reality is that disarming law-abiding decent citizens does nothing to stop the next crazed criminal from taking innocent lives.

But what about Australia? They gave up their guns and shooting fatalities declined. On the surface, this is technically correct.

Australia’s anti-gun campaign and propaganda launched after a mass shooter killed 35 people in one heinous act of murder. The tragedy took place in 1996, in the city of Port Arthur. Following the crime, and in the wake of national agony, then Prime Minister John Howard moved to take back all the gun rights Australians had since the country’s founding.

The Port Arthur shooting was a tragic time for the Aussies. But the reality is that Australia never really had a mass shooting problem and gun violence was on the decline before Port Arthur.

In 1996, the government took at least 650,000 guns, or about one-fifth of all guns in the country; higher estimates put the numbers at 1 million and one-third.

Even with possession shaming, and amid the fear and threat of prosecution, Australians have yet to give up all their guns. It is estimated nearly 300,000 guns are still on the streets in the land down under. These guns don’t belong to the law-abiding citizens either.

In the United States, there are over 300,000,000 firearms. An Aussie-style program would never work. Even if it was tried, it would lead to massive civil unrest, violence, arrests, and even civil war.

Not too mention, as stated above, even if civil war were averted and Americans all turned in their guns, only the tyrannical state and the criminals would have guns. Say goodbye to freedom.

Well, the answer is not so black and white. However, statistically, even with record numbers of guns on the street, time appears to be the one element that lowers violent crimes.

Even with the “worst mass shooting in modern history” happening in Las Vegas, if we look at the last 100 years in the US, violent crime is declining.

According to official FBI and U.S. Department of Justice reports, the rates of violent crime in the U.S. are now at their lowest level in 40 years. Violent crime rates of 2015 were 1/4 the rates of 1993? Other countries are experiencing a similar decline. And, with the exception of one or two years, deaths of law enforcement officers reached their lowest in 50 years as well.

In fact, right now, in our history as a human species, it is the safest time to be alive — not just in America either. All across the planet, despite your television saying otherwise, violence against other humans is declining.

In the days of mass communication and massive technological leaps, people are able to shed stereotypes and fears far faster than would otherwise lead them to ignorant violence. Governments and mainstream media now have to implement extensive propaganda campaigns to sell society wars because the old “they are bad” technique is simply losing its effect.

The warmongering powers that be have to resort to this propaganda because of those 300,000,000 guns in the homes of law-abiding citizens. Because we are a well-armed society, the state cannot simply demand we acquiesce to their every desire.

So, as you hear people call for gun control, or even if you feel the same urge, remember who benefits from it — the 1 percent — who are the most violent humans left on the planet.