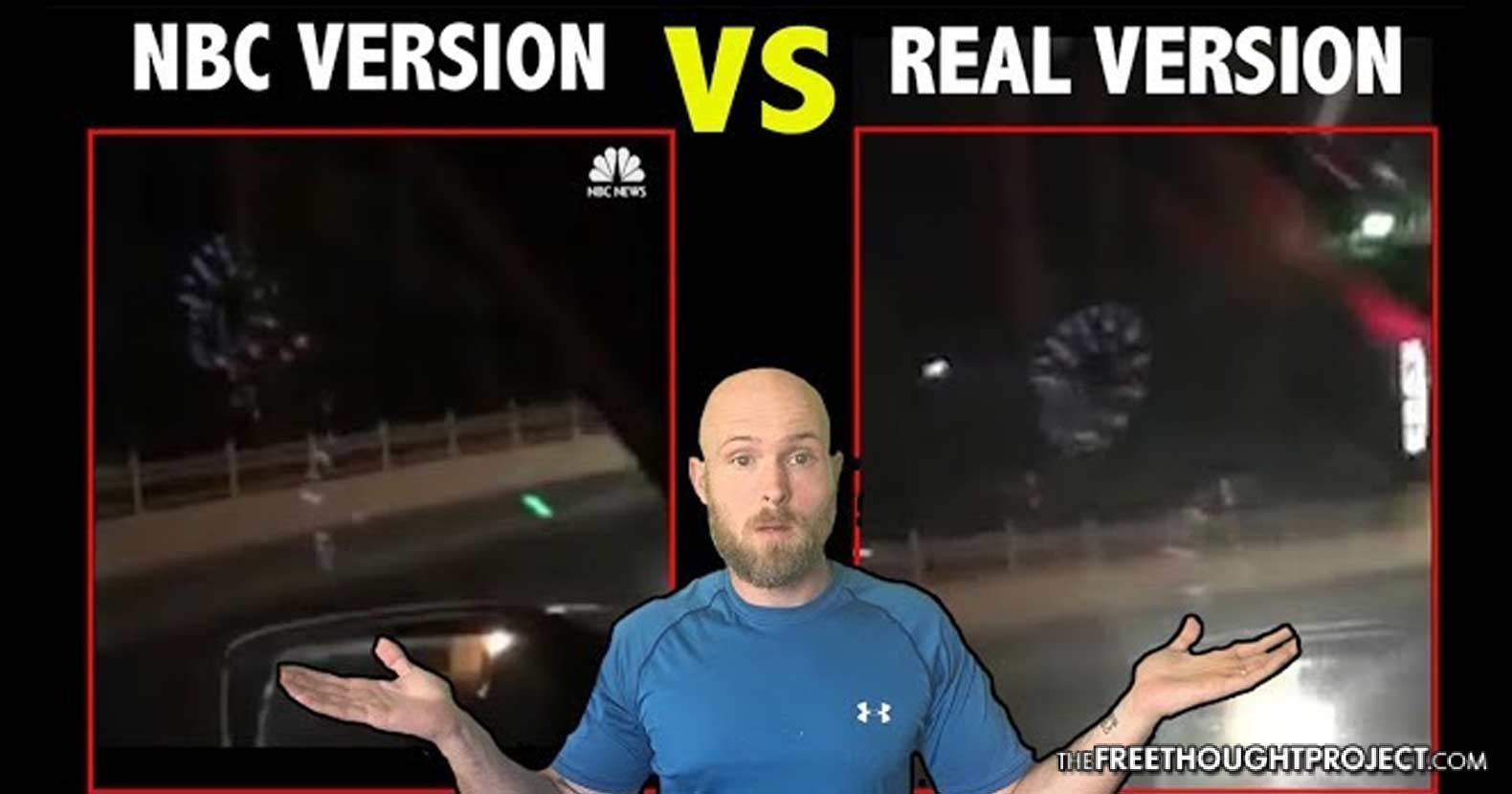 NBC News is the latest mainstream media network to come under fire amid accusations of selective editing. This time, it involves a video from a witness during the Las Vegas shooting that raises questions about the presence of multiple shooters.

The video footage was taken by Vegas taxi cab driver Cori Langdon, and the discovery was first observed by Vincent James, a Youtuber on the channel The Red Elephants:

In his comparison and contrast of the two videos, James noted that NBC’s video was edited in an apparent attempt to give viewers a different impression from what they would have gotten had they been allowed to watch the original in context.

James said, “They edited her (Langdon) voice and hyper-cut clips to make it sound like the cab driver said, ‘people are running!’” In actuality, Langdon never said such a thing and appeared to be amazed that NO ONE WAS RUNNING.

Here is a link to the tweet NBC News published, which proves James’ point.

Footage from a Las Vegas cab outside Mandalay Bay shows the moment drivers realized a gunman on the 32nd floor was shooting into a crowd: pic.twitter.com/3MmJV9uUTh

Here is what Langdon witnessed and recorded, as Matt Agorist of TFTP reported earlier this week:

Cori Langdon, taxi driver, and resident of Las Vegas was in the taxi lane at Mandalay Bay when the shooting began…she quickly realized (shooting was occuring) and began filming (evidence of multiple shooters)

In the video, shots begin to ring out. At first, the shots are far away and then, all of the sudden, they are right on top of her. This happens several times during the first two minutes of the video…[She can even be heard] saying, “It is now coming from further away.”

Using multiple firing positions is a military tactic designed to throw off the enemy. A single firing position is relatively easy to pinpoint, so the use multiple points of fire is employed to ‘blur’ the locator’s image.

As she continues to film, the rounds continue to be heard for several minutes. As she leaves the front drive of Mandalay Bay, Langdon says, “It seems like it’s coming from up there.”

In his video, James concluded, “Nevertheless, something is very fishy and nothing adds up.” He pointed to the fact that Vegas is saturated with high definition video cameras and footage has still not been made available showing Stephen Paddock, the suspect in the deadly shooting, bringing in his dozens of guns and thousands of rounds of ammunition.

James also presented clips of Vegas Sheriff Joseph Lombardo admitting he has been less than forthcoming in revealing what he knows. Until he does, very few of the Americans who are now awake to what is occurring will continue to have faith and trust in the LVMPD’s explanation of what occurred on Sunday.

Equally mystifying is one fact, as TFTP reported, that it took 1 hour and 15 minutes for police officers to break down the door to Paddock’s room and to make contact with the suspected gunman. After using explosive detonations to gain entry into the room, they reportedly found him deceased.

And that’s really all the American people are being told about the room, the man, the attack—which left 59 dead and over 500 injured—and the reasons behind why the suspect did what he did. Now, it seems, mainstream media networks such as NBC News are doing more to distort the facts than to educate the public.

Are they doing so willfully or intentionally to deceive the American people? These questions and more remain, including how anyone at NBC News could be so inept as to be able to selectively edit such an important piece of evidence, to the point that the video no longer carries the same meaning. NBC’s edited version truly gives a false impression of what really took place during the massacre in Las Vegas.

Langdon maintains that there were multiple shooters Sunday night, and for the moment, she still has proof. Here is her video as uploaded by another user: