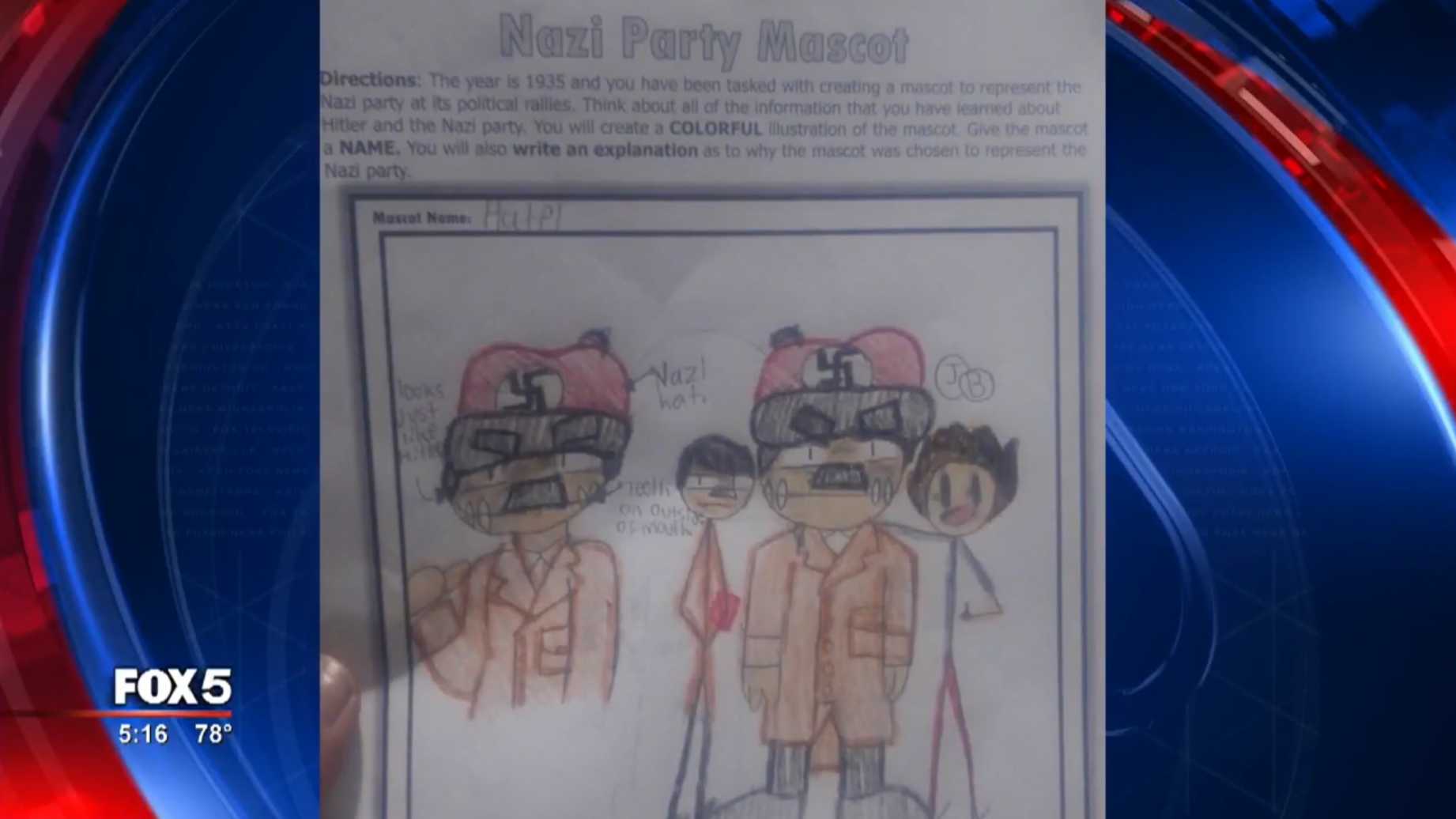 Under the continuing tyranny of leftwing domination in the schools, media, entertainment and culture, monsters are resurrected, evil ideologies are sanctioned (and even promoted), and the righteous demonized.

Creating positive propaganda for an evil ideology forces children to see the good in it. What good could come from that? On the contrary …..

A teacher at Shiloh Middle School in Gwinnett County, Georgia, is being criticized for a homework assignment in which they asked students to draw a “Nazi mascot.”

Parent Jamie Brown was aghast when he saw his child’s homework. During an interview with FOX5 Atlanta, Brown slammed the idea, not simply for being ill-conceived, but because it could make certain people feel deeply uncomfortable:

WSB-TV Atlanta spoke with Toyka Waller, another parent who was similarly shocked:

When [my daughter] came home and told me about it, I thought she was playing.

FOX5 reports that Gwinnett County schools issued a statement, noting that during the study of history, teachers cover “Nazism, the use of propaganda, and events which resulted in the Holocaust,” but that this particular assignment was not approved, and “not appropriate.” The statement adds that “the school is addressing the use of this assignment with the teacher.”