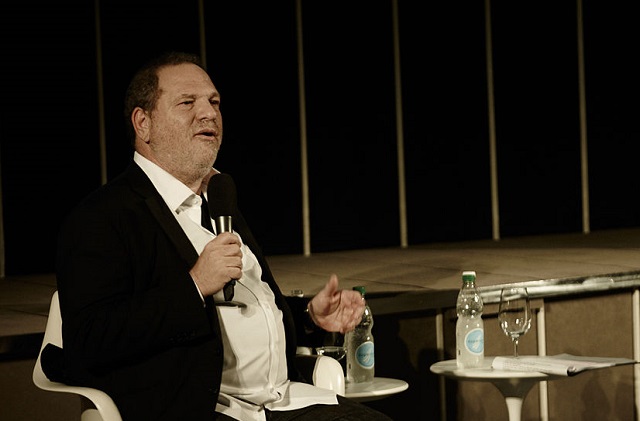 “After intense pressure from Weinstein, which included having Matt Damon and Russell Crowe call me directly … the story was gutted.”

Reporter Sharon Waxman said Sunday that The New York Times quashed her story exposing Hollywood producer Harvey Weinstein in 2004 after he visited their newsroom to voice his displeasure.

Waxman said she “simply gagged” after reading Jim Rutenberg’s “sanctimonious piece on Saturday about the ‘media enablers’ who kept this story from the public for decades” as the Times was one of Weinstein’s enablers.

Waxman wrote in The Wrap:

In 2004, I was still a fairly new reporter at The New York Times when I got the green light to look into oft-repeated allegations of sexual misconduct by Weinstein. It was believed that many occurred in Europe during festivals and other business trips there.

I traveled to Rome and tracked down the man who held the plum position of running Miramax Italy. According to multiple accounts, he had no film experience and his real job was to take care of Weinstein’s women needs, among other things.

As head of Miramax Italy in 2003 and 2004, Fabrizio Lombardo was paid $400,000 for less than a year of employment. He was on the payroll of Miramax and thus the Walt Disney Company, which had bought the indie studio in 1993.

I had people on the record telling me Lombardo knew nothing about film, and others citing evenings he organized with Russian escorts.

At the time, he denied that he was on the payroll to help Weinstein with favors. From the story: “Reached in Italy, Mr. Lombardo declined to comment on the circumstances of his leaving Miramax or Ricucci, saying they were legal matters being handled by lawyers. ‘I am very proud of what we achieved at Miramax here in Italy,’ he said of his work for the film company. ‘It cannot be that they hired me because I’m a friend.'”

I also tracked down a woman in London who had been paid off after an unwanted sexual encounter with Weinstein. She was terrified to speak because of her non-disclosure agreement, but at least we had evidence of a pay-off.

The story I reported never ran.

After intense pressure from Weinstein, which included having Matt Damon and Russell Crowe call me directly to vouch for Lombardo and unknown discussions well above my head at the Times, the story was gutted. 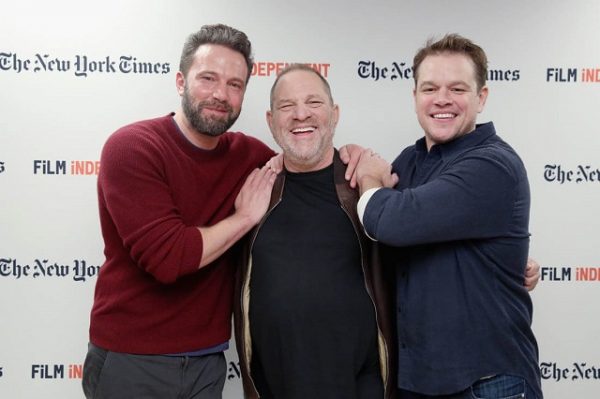 I was told at the time that Weinstein had visited the newsroom in person to make his displeasure known. I knew he was a major advertiser in the Times, and that he was a powerful person overall.

But I had the facts, and this was the Times. Right?

Wrong. The story was stripped of any reference to sexual favors or coercion and buried on the inside of the Culture section, an obscure story about Miramax firing an Italian executive. Who cared?

The Times’ then-culture editor Jon Landman, now an editor-at-large for Bloomberg, thought the story was unimportant, asking me why it mattered.

“He’s not a publicly elected official,” he told me.  I explained, to no avail, that a public company would certainly have a problem with a procurer on the payroll for hundreds of thousands of dollars. At the time, Disney told me they had no idea Lombardo existed.

As I said Friday, Weinstein is “Mr. Hollywood.” As the LA Times reports, “A 2015 survey of nearly 1,400 Oscar acceptance speeches by the website Vocativ found that Weinstein was thanked more frequently than God.”

He’s also one of the top Democrat power players.

This cover-up implicates tons of Hollywood celebrities and Democrat politicians alike, all of whom likely knew this was going on for 30 years, yet helped cover it up to further their careers.

Hollywood producer I know: "Shocked it’s taken so long for a Harvey Weinstein behavior expose. One of the most open secrets in Hollywood."

This story is likely much worse than the New York Times reported and may have the power to bring Hollywood and the Democrats to their knees.

Including, sadly, Michael Moore, currently working on a film with HW https://t.co/TOAIHgn09I

Meryl Streep on Trump:"When the powerful use their position 2 bully others, we all lose." Unless he's a lib & most powerful person in H-wood pic.twitter.com/0RQzSLacRP

Merle Streep on Trump: "Evil prospers when good men do nothing" … Like she did for 20 years, winning Oscars. pic.twitter.com/6EutGqeDe6

Actresses:"How do I tell my daughters about Trump?" I ask: "How do you tell your daughters you did nothing about Weinstein for movie roles?"

Ashley Judd to Trump voters. "You voted for a pussy grabber!" Ashley Judd to Harvey Weinstein: "You can grab my pussy if I win an Oscar." pic.twitter.com/rAOzQ8rtGJ