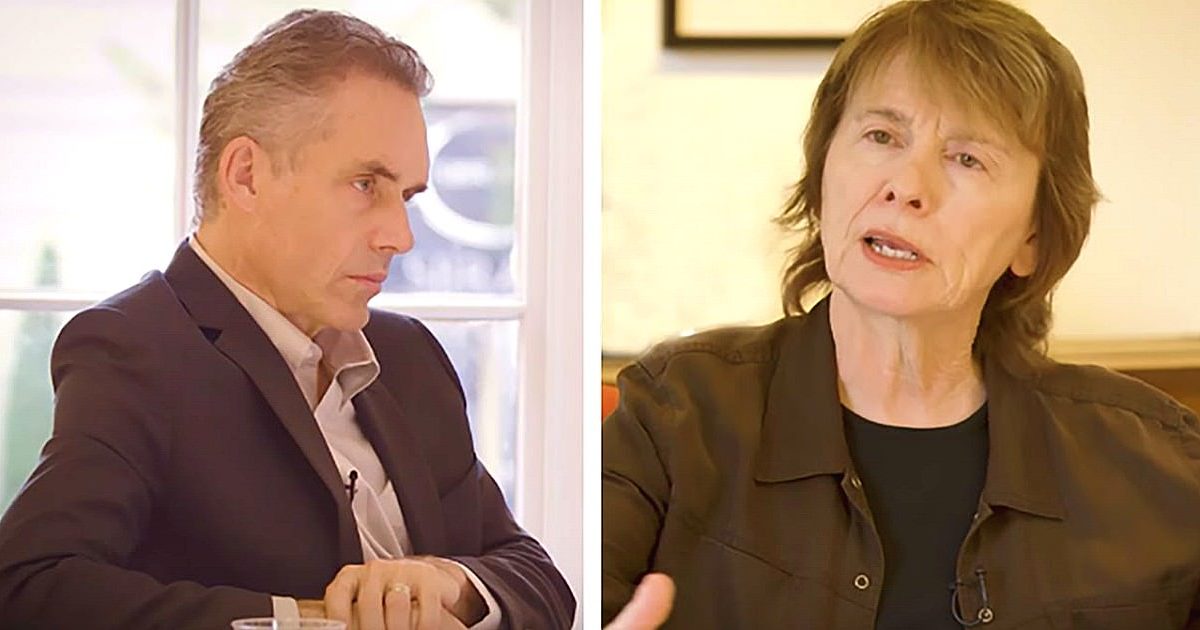 The two most important professors in the Western World today, Dr. Jordan Peterson and Camille Paglia recently sat down together for a wide-ranging interview on culture, politics, and academia.

The two professors come from opposite ends of the political spectrum, with Paglia a committed philosophical liberal who supported the Green Party in the 2016 election and Peterson from the center-right.

What they discovered was that they actually agreed on almost everything, most importantly, they agreed that the modern left was destroying our nation and our tradition of liberty.

We have to return to the authentic 1960s vision, which is about identity coming from consciousness, which transcends gender, which transcends all these divisions of race. Consciousness itself! Okay? In the 60s, we had this idea that there was a human sensibility that transcended individual and nation, and there was this cosmic consciousness. This sense of the universe as a whole. To see the human being in relationship to great eternal principles of life and death, mortality, and so on.

Whereas Marxism is blind. Marxism is very narrow. All it sees is the society. It sees nothing beyond the society! It doesn’t see nature. It is absolutely mad!”

Paglia also lamented the state of education in America today, particularly the ideological blindness that has taken hold on most college campuses.

“I think the public school level has gone to Hell… this kind of feel-good public school education –which is a form of ideology—and indoctrination right now. It is all about No Bullying, and not about anything substantive,” Paglia opined.

She continued, “I think the cafeteria menu of the university curriculum has to be amended. We must return to historical courses that study from the earliest period – the Stone Age and early antiquities, in order to give perspective to our analysis of our present culture.”

“I have been teaching for 46 years. I can tell the slow degradation of public school education, to the point now that students have absolutely no sense of world geography or world history. They know absolutely nothing about wars. And the reality, the barbaric reality of most of human history,” Paglia concluded.

Here’s what Dr. Peterson had to say about the conversation:

Dr. Camille Paglia is a well-known American intellectual and social critic. She has been a professor at the University of the Arts in Philadelphia, Pennsylvania (where this discussion took place) since 1984. She is the author of seven books focusing on literature, visual art, music, and film history, among other topics. The most well-known of these is Free Women, Free Men: Sex, Gender, Feminism

was published by Pantheon Books in March 2017.

Dr. Paglia has been warning about the decline and corruption of the modern humanities for decades, and she is a serious critic of the postmodern ethos that currently dominates much of academia.

Although she is a committed equity feminist, she firmly opposes the victim/oppressor narrative that dominates much of modern American and British feminism.

In this wide-ranging discussion, we cover (among other topics) the pernicious influence of the French intellectuals of the 1970’s on the American academy, the symbolic utility of religious tradition, the tendency toward intellectual conformity and linguistic camouflage among university careerists, the under-utilization of Carl Jung and his student, Erich Neumann, in literary criticism and the study of the humanities, and the demolition of the traditional roles and identity of men and women in the West.

The entire conversation can be seen below:

You can see more of the transcript at RCP.