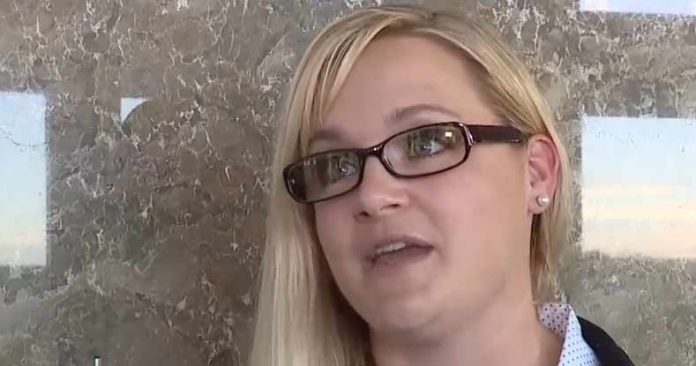 Lori Matheson is objecting to a friend of the court order that found her daughter should get vaccinated.

She argues her family is pre-disposed to auto-immune injuries and a “23 and Me” genetic test will show that, and that the test should have been done before the referee made their determination.

The attorney for her daughter’s father says the daughter’s doctor recommended the vaccines and said her church allows them.

Matheson is now facing the same potential fate as Bredow and it’s all over the court’s decision to punish those who refuse vaccinations.

It is important to note that Matheson is not yet at the point to which Bredow had made it. Right now, she is only in court because she is choosing not to vaccinate their two-year-old while the father is.

The fact that this is the second case in only a couple of weeks, however, unfolding in the exact same manner, indicates where this could end up. It is indeed likely that the court will again side with the father.

Just like Bredow, the father in Matheson’s case, who does not have custody of the children, now wants to vaccinate his children to the fullest extent. Matheson disagrees, but the court has already shown that they couldn’t care less about what a mother thinks—despite Michigan law allowing for vaccine exemption.

While vaccinating your children is certainly the decision of both parents — the idea of one parent being kidnapped and thrown in a cage for not wanting to vaccinate is the very fabric of tyranny.

“Why automatically side with the father that wants the vaccines? What about my choice as a mother?” said Bredow — and she has a point.

Judge McDonald noted during Bredow’s sentencing that the boy has two parents and “Dad gets a say.” However, if the roles were reversed, would the father be in a cage right now?

Now, as this second case unfolds, we will likely again see that it’s the dad that gets a say—just so long as he chooses to vaccinate.

Instead of punishing Bredow for refusing vaccines, why didn’t the judge simply grant temporary custody to the father and allow him to bring the child in to get vaccinated?

This decision by McDonald forecasts the potentially bleak outlook for Matheson.

In court, Matheson told the judge that outside of her concerns over potential health problems the vaccines may cause her child, that she religiously objects to vaccines because of their ties to aborted fetal cells.

Before you dismiss the rest of this article, know that there is, in fact, truth to that statement.

Some childhood vaccines, including the one against rubella — which is part of the MMR vaccine given to millions of children worldwide for measles, mumps and rubella — is cultured in “WI-38 human diploid lung fibroblasts,” according to the U.S. Food and Drug Administration’s fact sheet on the vaccine’s ingredients.

Vaccine manufacturer, Merck, has publicly acknowledged that those cells were obtained from an electively aborted fetus.

“Merck, as well as other vaccine manufacturers, uses two well-established human cell lines to grow the virus for selected vaccines,” Merck said in a statement to ABC News. “The FDA has approved the use of these cell lines for the production of these Merck vaccines.”

According to the FDA, other common vaccines, including those for chicken pox, hepatitis, and rabies, are also propagated in cells originating from legally aborted human fetuses.

Naturally, if one is vehemently and religiously opposed to abortion, the idea of injecting a medicine into your child’s body that was originally created from an abortion, may cause some apprehension.

Regardless of your stance on vaccinations, the idea of a court being able to threaten jail for vaccine refusal is sinister and goes against any aspect of a free society.