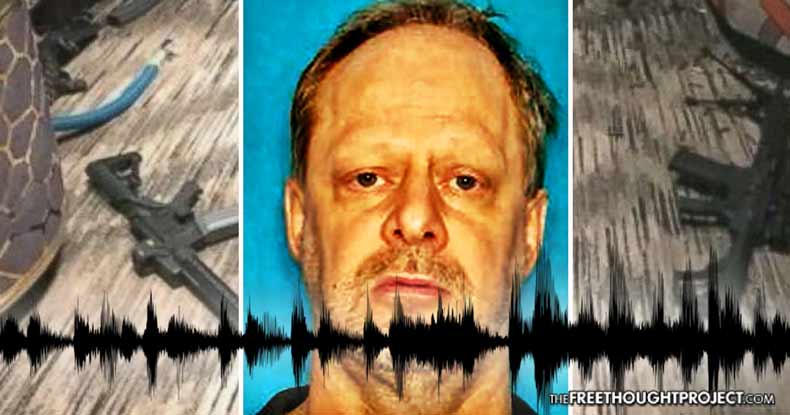 Las Vegas, NV — A maintenance worker for Mandalay Bay has come forward to note that he told hotel dispatchers to call the police and report that a gunman had opened fire inside Mandalay Bay — well before Paddock opened fire on the concert.

The maintenance worker, Stephen Schuck said he barely escaped unharmed after Paddock opened fire on him in the hotel and he credited a security guard with saving his life.

“When the first shooting started, I was kind of frozen for a second,” Schuck said Wednesday on “TODAY.” “He yelled at me, ‘Take cover! Take cover!’ If he yelled a second too late, I would have been shot.”

Schuck said he came upon security guard Jesus Campos, who was unarmed and injured in his leg, as Paddock fired more than 200 bullets into the hall and nearby rooms at the beginning of his deadly rampage on Oct. 1. “I am incredibly blessed that somehow I came out of there alive,” Schuck added.

His dramatic account, and the release of audio of those initial shots, comes amid a dispute over the timeline of the events and questions as to how quickly Las Vegas police could have learned about the massacre on an outdoor music festival.

Below is the interview in which he lays out these dramatic details.

To back up the fact that he did call in to report the shooting at least six minutes before Paddock opened fire on the concert, NBC obtained and then released an audio recording of Schuck’s dispatch call. In the recording, we can clearly hear Paddock’s first shots into the hallway.

This new information casts serious doubt on the official story and raises the question of why police took over an hour—after they were told the exact location of the shooter—to do anything to stop him.

The official story of how and why Stephen Paddock murdered 58 people at a music festival in Las Vegas last week is falling apart. As TFTP reported this week, police made massive reversals in their narrative which raised a myriad of questions and speculation. Now, we have definitive proof that a call was made warning of the shooter’s presence and his location.

Also, as TFTP reported on Wednesday, according to a report from ABC, we learned that Paddock had access to and used the service elevator at the Mandalay Bay Hotel and Casino in the days leading up to his attack on the country music festival.

Had police actually responded to the numerous reports of gunfire inside the hotel room, before the massacre began, perhaps 58 people may still be alive.

What’s more, MGM Resorts, which owns Mandalay Bay, said that while they cannot comment on the ongoing investigation, they have many questions about the timeline since “many facts are still unverified.”

“We cannot be certain about the most recent timeline that has been communicated publically (sic), and we believe what is currently being expressed may not be accurate,” said MGM Resorts spokesperson Debra DeShong.

It is entirely possible to accidentally fudge a few details of the events because of the sheer chaos surrounding the shooting and the subsequent investigation. However, the dramatic shifts in narrative coupled with the new information about how police were warned and that the shooter had access to the service elevator, do not constitute mistakes. They are more closely related to deliberate misinformation and false reports.

While many folks are opposed to asking these questions about the holes in the official story, this new information now shows that, if anything, we are not asking enough questions.