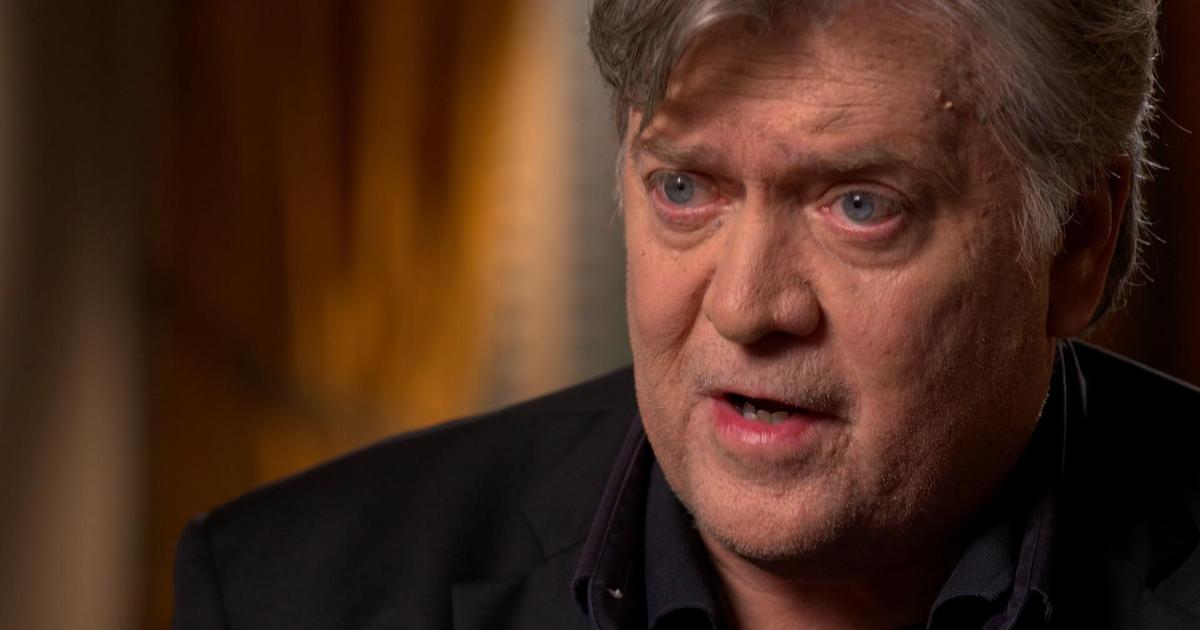 In other words, Bannon is working outside the Beltway to “drain the swamp” that is Washington, DC, to the consternation of establishment Republicans working against Trump.

The Republican establishment has gone so far to suggest that Bannon’s plan could jeopardize the majority held in the Senate by Republicans.

Republicans on Capitol Hill fear that Stephen Bannon’s plan to wage primary challenges against incumbent senators will put their majority at risk in 2018.

Senate GOP aides warn that Bannon, Trump’s former chief strategist, is not motivated by a desire to advance President Trump’s agenda, but instead by a quest to remake the GOP in his own, nationalist image.

“If anyone misunderstands what Steve Bannon’s goal is, they have to open their eyes. He doesn’t care if we win or lose the Senate. He doesn’t care about the consequences for the president,” said one Senate Republican aide.

“Mr. Bannon, it seems clear, does not care about Republicans maintaining their majority in either chamber. He’s putting his former boss’s agenda on the line in his quest of take over and destroy the Republican Party,” the source added.

Bannon did not respond to an email summarizing the criticism of Senate GOP aides.

However, top GOP establishment donor, Dan Eberhart, indicated to MSNBC host Ari Melber on The Beat with Ari Melber and reported by Breitbart News, he would probably not contribute money to “Senate Majority Leader Mitch McConnell’s (R-KY) preferred candidates and may consider giving to some of Steve Bannon’s grassroots conservative candidates.”

The GOP establishment has plenty of cause for concern. After campaigning heavily for a majority in the House during the previous administration to thwart some of Obama’s policies through the power of the purse, citizens watched as Republicans repeatedly caved to the “boy king” when voters answered the pleas of the GOP.

Feigning defeat on stopping the administration actions and policies due to the lack of a Senate majority, Republicans campaigned again for votes, almost to the point of begging, to achieve a Senate majority under the auspices of repealing Obamacare.

Once again, voters were disappointed to see the same old actions by the GOP while these charlatans attempted to ram through a GOP health care insurance plan that many citizens did not want.

Now, an “unnamed” Senate Republican aide has the audacity to declare that Bannon is jeopardizing the Senate majority, putting the agenda of President Trump at risk, and destroying the Republican party when Republicans in both chambers have done that all on their own.

Since Trump won the 2016 presidential election, members of the GOP establishment and those holding House and Senate seats have rejected Trump’s plan, which propelled him to the presidency, and worked against the president at every turn going so far as to attempt to “nullify” the election.

Moreover, some Republicans have joined forces with Democrats to undermine policies that would be good for the republic.

But, establishment Republicans, like many politicians, cannot accept responsibility for their actions nor admit the GOP is no more interested in following the Constitution than Democrats.

Instead, these hacks blame anything and everything except themselves.

The Republicans learned plenty from the rise of the Tea Party.

These politicians knew that should a strong conservative grassroots movement take hold, establishment Republicans, as well as Democrats, would be ousted from office in favor of candidates who would possess a constitutional outlook and hold to the oath of office.

With the disastrous years of the previous administration, coupled with the dissatisfaction with both parties, the Trump campaign platform awoke many citizens sending a ripple through the GOP; although, it wasn’t enough to oust establishment career politicians whose only concern is lining their own pockets.

The former White House adviser this week said he is working to field primary challengers against incumbents such as Sens. Roger Wicker (R-Miss.), Deb Fischer (R-Neb.), Orrin Hatch (R-Utah) and John Barrasso (R-Wyo.). None are considered at risk of losing their reelection races.

“Nobody is safe. We are coming after all of them, and we’re going to win,” Bannon said Monday on Fox News’s “Hannity.”

The threat from Bannon is just the latest headache for Senate Majority Leader Mitch McConnell (R-Ky.) after a frustrating summer where he took heavy fire from the right and from his own president.

The citizens of Alabama chose Roy Moore to face the Democrat challenger, signaling a problem for the establishment.

Clear messages are being sent to the establishment GOP; however, no one in the GOP listens.

The Hill cited another “unnamed” Senate Republican aide who indicated funds from the National Republican Senatorial Committee (NRSC) might need to be diverted from capturing Democratic seats to protecting Republican incumbents.

“Every dollar the NRSC puts into protecting Republican incumbents is one less dollar than can be used to challenge Democrats,” the aide said.

A Senate Republican strategist cautioned, however, that it is too soon to know what impact Bannon might have on next year’s primaries, noting that he will have to raise a lot of money to compete with leadership-allied fundraising committees.

Conservative activists are undeterred, arguing that Republicans in Washington have become an impediment to Trump’s agenda.

Bannon told CBS’s “60 Minutes” last month that the GOP establishment is “trying to nullify” the 2016 election and “do not support the president’s program.”

“It’s an open secret on Capitol Hill. Everybody in this city knows it,” he said.

Even Judson Phillips, founder of the Tea Party Nation, stated that Steve Bannon “is feeding on the frustrations of the GOP’s conservative base.”

Phillips cites the failure to repeal Obamacare, the initiation of tax reform, and the building of the wall – promises of the GOP – as reasons for the voter bases intolerance of the GOP establishment.

The same “unnamed” second Republican aide source blamed Bannon for the GOP’s lack of ability to “cut deals on taxes, spending and other issues.”

Yet, Republicans had plenty of time before Trump’s election and Bannon becoming the White House chief strategist to deliver on campaign promises.

Instead, the GOP caved to the whim of the former administration and Democrats every time.

If any of this were factual, these “unnamed” sources would have little problem with their identity being known. As usual, politicians and their aides are playing the “blame game” used effectively by the previous administration while peddling falsehoods to shift blame from where it belongs – square in the middle of the laps of Republicans holding office.

One thing is for certain – the establishment GOP is being placed on notice by Bannon and those supporting Trump’s campaign platform to either get on board or be prepared to leave office.

The GOP knows what pure grassroots movements can accomplish.

It is what both political parties fear – return of control of government to the people.