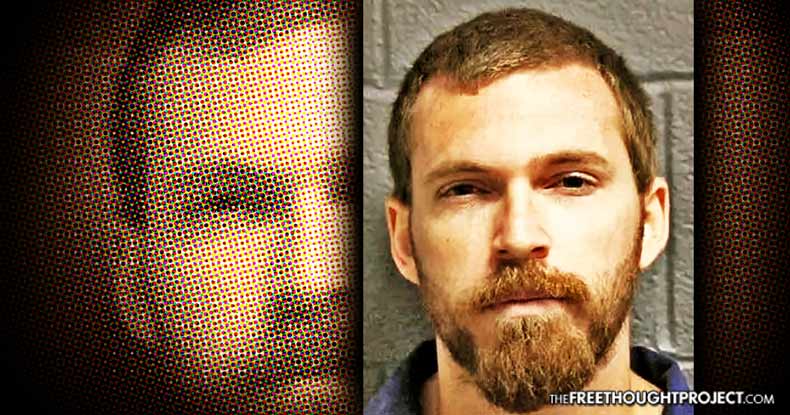 Nine years ago, Christopher Mirasolo, 27, raped a woman. She got pregnant as a result of the alleged crime. Now, Mirasolo—a convicted rapist—has been awarded joint legal custody of the child by Detroit Judge Gregory S. Ross following a DNA paternity test which showed him to be the child’s father.

Yes, you read that correctly. The man who made a child through rape, was convicted of rape, and served time for rape, will now be granted joint custody of the child born from rape.

The victim’s attorney, Rebecca Kiessling, is now asking for special protection afforded to her client under the federal Rape Survivor Child Custody Act. The Act, which President Obama signed the Rape Survivor Child Custody Act into law on May 29, 2015, terminates the parental rights of any parent who raped the opposite sex. The decision to terminate the parental rights must be based on clear and convincing evidence that the resulting child was conceived through rape.

Kiessling filed objections last Friday against Ross’ decision to award custody to the parent who’s believed to have raped the lady whose identity must be kept confidential because of the nature of the crime. Kiessling remarked:

This is insane…Nothing has been right about this since it was originally investigated. He was never properly charged and should still be sitting behind bars somewhere, but the system is victimizing my client, who was a child herself when this all happened.

So apparently angered by Ross’ decision, the rape victim’s attorney continued by accusing the court of implementing deception to make the ruling.

An assistant prosecutor on this, Eric Scott, told me she had granted her consent, which was a lie — she has never been asked to do this and certainly never signed anything

In granting parental rights to Mirasolo, Ross has prevented the woman from fleeing the presence of her alleged attacker. In other words, the rape victim now has to be within driving distance of her rapist at all times. And in a bizarre and some would say ironic turn of events, the rape victim may, in fact, go to jail if she does not comply with the court’s demands.

Kiessling remarked that her client is, “not allowed to move 100 miles from where she had been living when the case was filed, without court consent.” If she does not comply with the order, she can be locked up. “So the prosecutor told her she had to come home immediately or she would be held in contempt of court,” the rape victim’s lawyer said.

For anyone who may be wondering about the details of the alleged rape, the lawyer provided a glimpse into the kind of horrific and violent torture the rape victim allegedly endured. She said Mirasolo raped her client when her client was just 12 and the man was 18. She described the incident in detail.

She, her 13-year-old sister and a friend all slipped out of their house one night to meet a boy and the boy’s older friend, Mirasolo, showed up and asked if they wanted to go for a ride…They thought they were going to McDonald’s or somewhere…Instead, he tossed their cellphones away, drove to Detroit where he stole gas from a station and then drove back to Sanilac County, where he kept them captive for two days in a vacant house near a relative, finally releasing the older sister in a park. He threatened to kill them if they told anyone what happened.

Instead of prosecuting Mirasolo to the fullest extent of the law, he was offered a plea deal for being a first-time offender and was back on the streets after less than 7 months in jail. He went on to commit another rape on a young teenager in 2010 and served only four years for the second rape. Now, Judge Ross has given him parental rights to his first victim.

Barbara Yockey, Mirasolo’s attorney did not indicate her client had any intention of being a parent to the child who happens to be the product of a reportedly brutal rape. Yockey said the paternity test and subsequent custody proceedings were initiated after the other parent applied for state services.

Chris was notified of the paternity matter and an order of filiation was issued last month by the court saying he had joint legal custody and reasonable visitation privileges…He never initiated this. It was something routinely done by the prosecutor’s office when a party makes application for state assistance.

The Detroit News also spoke with the mother. She, too, was unaware of the court’s proceedings. She said;

I think this is all crazy…They (officials) never explained anything to me. I was receiving about $260 a month in food stamps for me and my son and health insurance for him. I guess they were trying to see how to get some of the money back.

Following the horrific rape, the victim dropped out of school and moved in with relatives in Florida. She went to a government office to change her address and was notified she had a court order demanding her return to Detroit.

Part of me didn’t want to come back home because I was scared…I would’ve got contempt of court if I hadn’t shown. I would’ve been thrown in jail.

With respect to the rape itself, she said:

I didn’t talk about it, I tried to put it behind me, but that’s never possible. You never forget what happens.

Tiffany, the name she gave to the hosts, which is not her real name, gave her opinion about Ross’ decision to put her rapist’s name on her son’s birth certificate.

(I’d been told), he’d have to fight for any kind of rights…Then this judge just hands him these rights, like he deserves them.

She’s not alone in her belief that Mirasolo should be denied parental rights. The convicted rapist’s second victim shares her sentiments. She told reporters:

When I read the (Detroit News) article, I was disgusted…I guess there is no way they can do anything to him, because he has already served sentences in both cases. But there is no way he should have custody…And I don’t think he should even be allowed around any children without supervision.

Yes, America, this is the judicial state of affairs in which many of our residents currently endure. A convicted rapist is given parental rights he didn’t want, to a woman who didn’t want him to have any association with her or her child, and who’d even relocated out of state.

The woman was ordered to return to the state where she was raped and forced to live within two hours drive of the perpetrator (100 miles). Worse still, she may actually be forced to confront her attacker when and if he ever wants to spend time with his biological child.