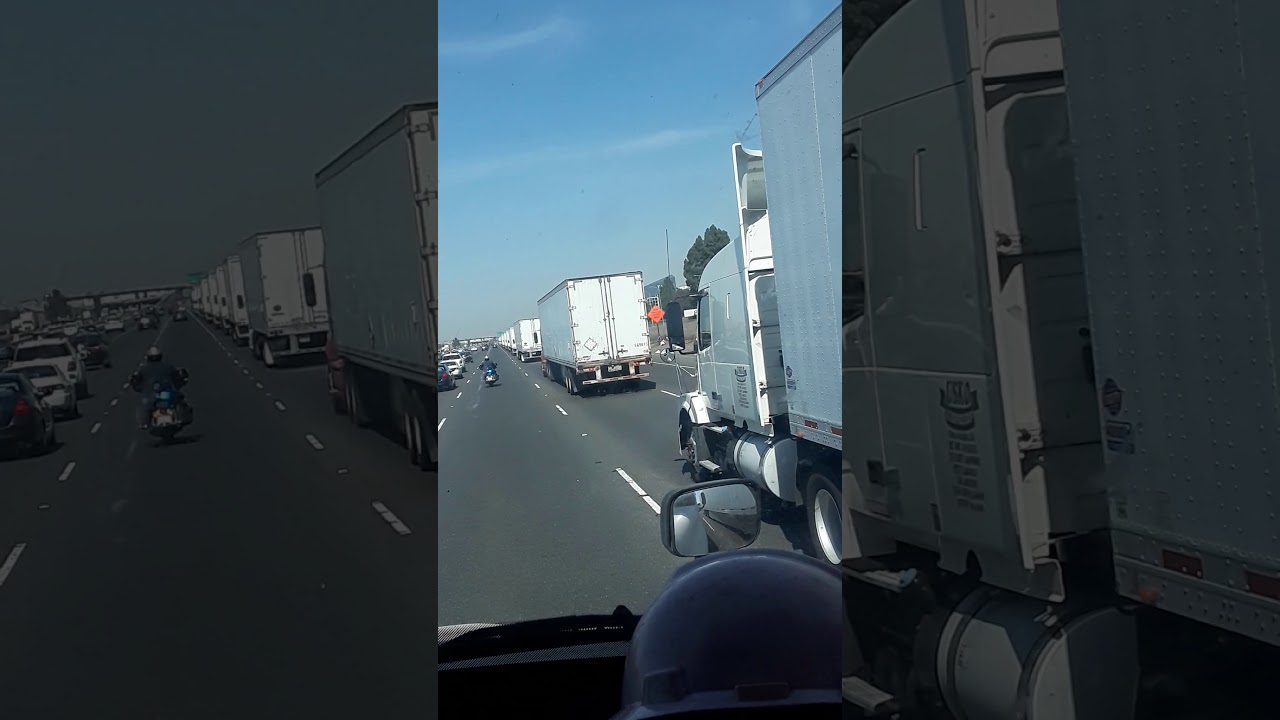 The trucks and their unmarked white trailers were traveling at a high rate of speed through the Bay Area and were being escorted by a heavy police presence, alluding to the fact their contents are highly sensitive, possibly even nuclear.

“Where are these trucks going? The driver questioned. “Look at this sh*t. Police escort and everything. All unmarked trailers.”

The driver quickly noticed as he passed by several of the trucks that all of the official markings, including the ‘hazard markings,’ were tapped over.

Each trailer was equipped with its own tracking device which could be seen mounted to the driverside of each cargo trailer.

Astonishingly, the driver noticed that the driver of the truck in the convoy beside him ‘looked Russian.’

“That looked like a Russian, the driver said as he passed. “This is scary stuff.”