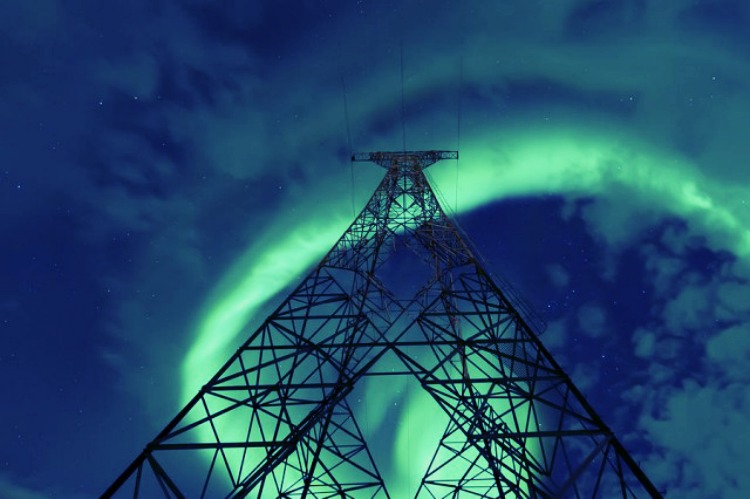 At a House hearing Thursday, experts warned members of Congress that a North Korean EMP attack could kill 90% of Americans within one year, calling it an “existential threat.” But despite this looming crisis, the Department of Defense has decided now was the time to defund the Congressional committee that has been studying the threat since 2001.

The Commission to Assess the Threat to the United States from Electromagnetic Pulse (EMP) Attack has been around for nearly two decades, but their efforts have mostly been restricted to making sure that the U.S. national command authority and U.S. strategic forces could continue to function. Meanwhile “no major efforts were then thought necessary to protect critical national infrastructures.” Apparently, the plan was that our defense would be so effective, no further steps were needed.

This has all changed with recent strides in nuclear weaponry by North Korea. The results of an EMP strike could be apocalyptic.

With the development of small nuclear arsenals and long-range missiles by new, radical U.S. adversaries, beginning with North Korea, the threat of a nuclear EMP attack against the U.S. becomes one of the few ways that such a country could inflict devastating damage to the United States. It is critical, therefore, that the U.S. national leadership address the EMP threat as a critical and existential issue, and give a high priority to assuring the leadership is engaged and the necessary steps are taken to protect the country from EMP. (source)

What a lot of people didn’t know was that just a couple of weeks ago, Sept. 30, 2017, the Department of Defense terminated the funding for the EMP Commission. At the same time, “North Korea detonated an H-Bomb that it plausibly describes as capable of “super-powerful EMP” attack and released a technical report “The EMP Might of Nuclear Weapons” accurately describing what Russia and China call a “Super-EMP” weapon.”  The EMP Commission has been urging EMP preparedness on a national level for 17 years, but no one has been listening, despite alarming strides toward that goal in just the past six months.

Recent events have proven the EMP Commission’s critics wrong about other highly important aspects of the nuclear missile threat from North Korea:

So, for 17 years, this group has been ringing the warning bell and no one has been listening. Now that the threat is at our doorstep, their funding has been pulled. Something doesn’t add up.

The technology exists for a North Korean EMP attack

A successful attack doesn’t even require a Super-EMP weapon. The Commission concluded that even a primitive weapon could successfully render our infrastructure obsolete.

“Therefore, terrorists or state actors that possess relatively unsophisticated missiles armed with nuclear weapons may well calculate that, instead of destroying a city or military base, they may obtain the greatest political-military utility from one or a few such weapons by using them—or threatening their use—in an EMP attack.” (source)

But that isn’t the worst of in. In 2004, two Russian generals told the EMP Commission that their design for a Super-EMP weapon was “accidentally transferred to North Korea.”

Let that sink in. Somehow, North Korea has had their hands on the design for an incredibly powerful EMP weapon for more than a decade. The report says:

In 2004, two Russian generals, both EMP experts, warned the EMP Commission that the design for Russia’s Super-EMP warhead, capable of generating high-intensity EMP fields over 100,000 volts per meter, was “accidentally” transferred to North Korea. They also said that due to “brain drain,” Russian scientists were in North Korea, as were Chinese and Pakistani scientists according to the Russians, helping with the North’s missile and nuclear weapon programs.

Super-EMP weapons are low-yield and designed to produce not a big kinetic explosion, but rather a high level of gamma rays, which generates the high-frequency E1 EMP that is most damaging to the broadest range of electronics. North Korean nuclear tests, including the first in 2006, whose occurrence was predicted to the EMP Commission two years in advance by the two Russian EMP experts, mostly have yields consistent with the size of a Super-EMP weapon. The Russian generals’ accurate prediction about when North Korea would perform its first nuclear test, and of a yield consistent with a Super-EMP weapon, indicates their warning about a North Korean Super-EMP weapon should be taken very seriously. (source)

The report says that while everyone is focused on the future, when Pyongyang may develop “highly reliable intercontinental missiles, guidance systems, and reentry vehicles”, a North Korean EMP attack wouldn’t require that level of accuracy.

EMP attack does not require an accurate guidance system because the area of effect, having a radius of hundreds or thousands of kilometers, is so large. No reentry vehicle is needed because the warhead is detonated at high altitude, above the atmosphere. Missile reliability matters little because only one missile has to work to make an EMP attack against an entire nation. (source)

It would be a strategic initial strike to take down the American power grid to disable the maority of the country before undertaking any other form of attack.

How would a North Korean EMP attack be likely to occur?

Potential vehicles of attack are submarines or freighters, which could launch an EMP weapon to the relatively low altitude of 30 kilometers over the United States.  Unsettlingly, “even a balloon-lofted warhead detonated at 30 kilometers altitude could blackout the Eastern Electric Power Grid that supports most of the population and generates 75 percent of U.S. electricity.”

A more likely choice would be a satellite.

A Super-EMP weapon could be relatively small and lightweight, and could fit inside North Korea’s Kwangmyongsong-3 (KMS-3) and Kwangmyongsong-4 (KMS-4) satellites. These two satellites presently orbit over the United States, and over every other nation on Earth– demonstrating, or posing, a potential EMP threat against the entire world.

North Korea’s KMS-3 and KMS-4 satellites were launched to the south on polar trajectories and passed over the United States on their first orbit. Pyongyang launched KMS-4 on February 7, 2017, shortly after its fourth illegal nuclear test on January 6, that began the present protracted nuclear crisis with North Korea.

The report goes on to explain that our defense systems are completely unready for any of these scenarios.

There’s a lot of misinformation about the threat of EMPs.

The report counters a great deal of misinformation about the threat of EMPs. While no one really wants to consider the devastating effects, many “uninformed persons posturing as experts” completely deny the possibility. However, the Commission says that the empirical basis for an EMP attack is better established than that of a cyber attack.

They offered numerous examples of hard data regarding the effects of EMPs.

The threat is real. So, again, why would the Department of Defense withdraw funding from the Commission that wants to take steps to harden our infrastructure against this possibility?

What would the aftermath of an EMP attack look like?

The death toll from such a disaster would be unprecedented:

The result could be to shut down the U.S. electric power grid for an indefinite period, leading to the death within a year of up to 90 percent of all Americans—as the EMP Commission testified over eight years ago.

We’re talking about the deaths of more than 270 million people.

President Trump signed an Executive Order in May called “Strengthening the Cybersecurity of Federal Networks and Critical Infrastructure” which will hopefully harden our country against both cyber attacks and EMPs. The Commission provided a list of actionable suggestions on pages 11-14 of this report, but will the steps be undertaken before it’s too late? Especially now that they’re defunct.

How do you prep for something so massive?

It doesn’t seem as though the government is very interested in taking steps to protect our power grid. We can look at what is happening in Puerto Rico as a glimpse of the apocalyptic future that would follow such an attack. Restoring power after an EMP could take multiple years, and things in America would never be the same after a sustained change in our way of life.

The result of an EMP attack would be a protracted blackout that would put at risk the lives of millions of people. Climate control, a lack of off-grid survival skills, looting, lawlessness, lack of medication, starvation, waterborne disease – all of these threats to our survival cannot be overlooked. If you haven’t read the book One Second After, I recommend you do so for a fictionalized yet nonetheless realistic look at life after the grid. If that doesn’t inspire you to prepare for such an event, nothing will.

The best resource for preparing for an attack like this is Disaster Preparedness for EMP and Solar Storms, by Dr. Arthur T. Bradley. A NASA scientist, Dr. Bradley has spent years studying the aftereffects of such a catastrophe. His book dispels many myths an provides realistic, lifesaving information. My personal plan is a low-tech one – I am not spending a fortune on generators and fancy gadgets I wouldn’t be able to use once the fuel runs out.

Preparing for something this massive is beyond the scope of this article. I strongly encourage you to begin researching and create your own low-tech plan. Don’t put it off until you get your perfect homestead in the boondocks or you talk your family members into it. Disasters like this don’t wait for a convenient time – in fact, strategically speaking, the less convenient it is, the more the attacker benefits.

If World War 3 starts off with an EMP, it renders many of our plans moot. We have been warned in the strongest terms possible, but will it be enough?

What are your thoughts on this? Why do you think the DoD terminated the funding for the EMP commission? Do you think that an EMP attack is a likely strategy for North Korea to employ?