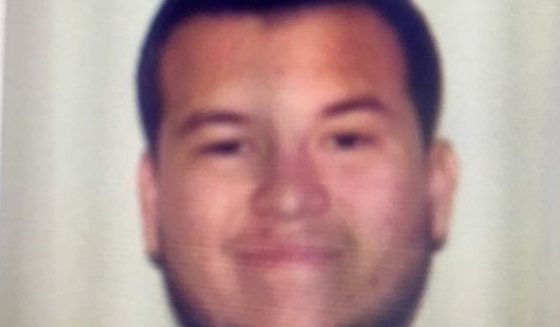 In yet another mysterious circumstance surrounding the horrific mass shooting in Las Vegas, supposed “hero” security guard Jesus Campos literally disappeared ahead of a series of planned interviews on Thursday.

Campos, the Mandalay Bay security guard who police claim was shot by Stephen Paddock just moments before the shooting, had planned to break his silence in at least five different television interviews but was no where to be found after the media had gathered to speak to him.

“We were in a room and we came out and he was gone,” the union president told the media, according to a report by ABC News’ Stephanie Wash. “Campos is represented by the International Union, Security, Police and Fire Professionals of America, which did not respond to requests for comment from Fox News earlier this week,” reported Fox News.

At the time of this writing, Campos whereabouts remain unknown which is obviously a startling development especially when you consider that he was supposed to fill in many of the open questions surrounding the largest mass shooting in American history.

Campos was set to fill in the blanks on many unanswered questions surrounding how the event played out.

He was at the center of controversy after law enforcement issued a dramatic shift in the timeline of the Vegas narrative, initially claiming Campos was a “hero” for disrupting Paddock 10 minutes after he unloaded gunfire onto a crowd of 20,000 country music concertgoers.

However, one week later police revealed Campos did not interrupt Paddock’s rampage, and instead was shot as he approached the shooter’s 32nd-story room a full six minutes before the shooting began.

“We cannot be certain about the most recent timeline that has been communicated publicly, and we believe what is currently being expressed may not be accurate,” said MGM spokeswoman Debra DeShong.

Amazingly, investigative journalist Laura Loomer, who broke open the story proving that the FBI had lied about when Paddock had checked into the hotel, actually traveled to Campos home and was greeted by a private security firm.

One can only wonder what is actually going on?!

Is Campos hiding from the authorities? Is he merely a patsy that wasn’t ready to be questioned by the mainstream media?