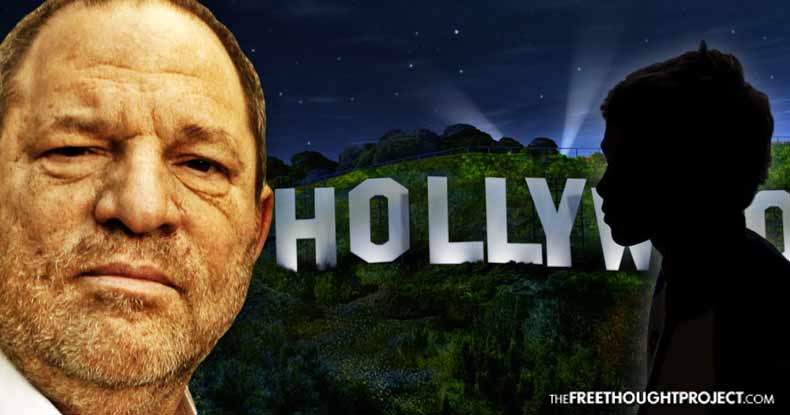 “The Number one problem in Hollywood was and always will be pedophilia.”

For years, Corey Feldman’s attempt to blow the whistle on pedophilia and child abuse in Hollywood, have fallen on deaf ears. The actor’s troubled past made him easily dismissable in the mainstream, and his bombshell accusations were simply swept under the rug.

However, Feldman’s claims are being substantiated as America is now seeing the dark underbelly of Hollywood with the coverage of the Harvey Weinstein case.

THE HARVEY WEINSTEIN SITUATION: I HAV BEEN HOUNDED BY MEDIA 4 A STATEMENT IN REGARDS 2 THE RECENT CONTROVERSY SURROUNDING THE STUDIO HEAD…

Many of those who’ve been paying attention, however, simply see Weinstein as a distraction or a sacrificial lamb to hide the massively rampant sexual abuse and pedophilia problem in Hollywood. Once Weinstein is ousted as the problem, everyone else goes back to sleep. However, Americans would do well to listen to what Feldman has to say.

In a series of Tweets, Feldman noted how Weinstein’s sexual harassment and abuse of adult women did not equate to nor was the source for the horrific pedophilia he and his fellow child actors endured.

HOWEVER 4 THE RECORD I WOULD LIKE 2 SAY NO HARVEY WEINSTEIN WAS NOT THE MAN WHO MOLESTED ME OR MY FORMER ACTING PARTNER. OBVIOUSLY PEDOS

OPERATE IN MANY OF THE SAME WAYS, & THE BLAME & SHAME IS THE SAME GAME, BUT JUST CUZ SOME1 MAY B A WOMANIZER & A PIG, DOESN'T MEAN THEY LIKE

HAVING SEX WITH CHILDREN! THAT SAID, I HAVE NEVER MET HARVEY IN MY LIFE, BECAUSE MY CAREER WAS ALREADY BEING SHUT DOWN BY POWERS THAT BE B4

As the Free Thought Project reported last year, childhood star turned adult actor Elijah Wood, also claimed Hollywood is in the midst of a massive sexual abuse scandal, which can be compared to that of Jimmy Savile in Britain.

What Wood is talking about is the rampant sexual abuse of childhood actors, which had been previously exposed by Feldman as well as Corey Haim.

In an episode of their reality TV show, The Two Coreys, a candid fight broke out during which Haim claimed Feldman stood by and watched as a person Feldman “still hangs out with” and is “best friends with” proceeded to “rape” the 14-year-old Haim.

In the video below, we can see Barbara Walters scold Feldman for attempting to call out Hollywood’s pedophilia problem on The View.

It’s no wonder people remained tight-lipped about their abuse, because every time they speak out, they are shunned, ridiculed, and even blacklisted.

Rose McGowan, who worked with both convicted Hollywood pedophile Victor Salva and Weinstein attempted to call attention to this problem on her Twitter account Wednesday, and for this, they suspended her account.

TWITTER HAS SUSPENDED ME. THERE ARE POWERFUL FORCES AT WORK. BE MY VOICE. #ROSEARMY #whywomendontreport

After she was given her Twitter access back, it was clear why they wanted her kept quiet.

“I forcefully begged studio head to do the right thing. I was ignored. Deal was done. Amazon won a dirty Oscar.”

4) @jeffbezos I am calling on you to stop funding rapists, alleged pedos and sexual harassers. I love @amazon but there is rot in Hollywood

Even James Van Der Beek, another child star who grew up in the industry came out on Thursday claiming that he’d been abused when he was “much younger.”

This problem has gone on long enough and it is high time America demands its end. We need to keep pushing this issue and wake up more people to this elite group of people who prey on innocence.

Please share this article with your friends and family so that they may see the dark nature of Hollywood’s elite.