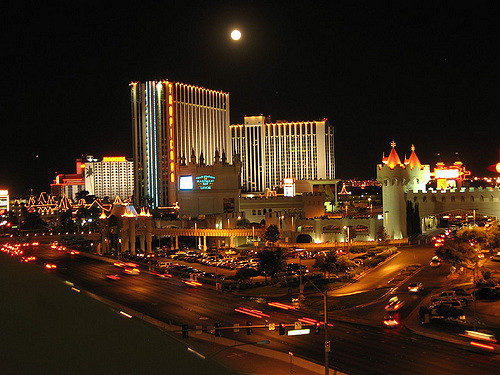 (INTELLIHUB) An Apple Valley man appeared on Episode 39 of “The Confessionals” where he gave his detailed eyewitness account of what he says actually took place at the Harvest Music Festival on the night of October 1.

The eyewitness, Rick, told Conflict Radio that he and his wife listen to all types of music but said that his wife mostly listens to “country” which is why they were attending the concert in the first place, along with three of his wife’s girlfriends.

Rick explained how it all happened during Jason Aldean’s set.

Rick said that Jason Aldean was performing the song “Any Ol’ Bar Stool,” near the end, when someone in front of his group lit off a string of firecrackers which he clearly saw, putting him on “high-alert.” Rick explained that just seconds later, after the song “When She Calls Me Baby” started, he could hear fully-automatic gunfire emanating “from behind the stage or just a little bit to the right of the stage” so he told the girls to get their boots on. Rick and several of the girls were barefoot at the time due to the fact that their feet were sore from enduring concerts on the two previous nights and were struggling to get their boots on amidst the chaos.

Rick made clear that he saw several people who were “hit” by bullets and said that the sound of gunfire was “coming from everywhere” as people were “taking cover.”

About that time, Rick, his wife, and her best friend got separated from the other two girls, one of which was presumably Kymberley Suchomel, 28, who reportedly died from ‘natural causes’ just days after the concert where she claimed to have witnessed “more than one” shooter inside the venue.

Shortly after their separation, the trio made it out of the venue through a section of fencing that had been knocked down by panicking concertgoers who were “funneling” out the opening. Rick said the three of them waited behind a police vehicle as several more volleys of gunfire hailed down onto the remaining people trapped inside the venue.

A few moments later, Rick met back up with all five members of his group near a sign that they used for a “landmark” which was located between Hooters and Motel 6 which is when a “frantic stampede” fled Hooters.

“[…] there was a bunch of people trying to get the hell away from Hooters so we did too,” he explained. “So we started running again.”

Rick also pointed out that at one point he had witnessed “SWAT” guy enter Hooters through the back which he thought was suspicious. The scene was fluid and rapidly changing. Nobody could be trusted. At one point, the group was told that a shooter had stolen a police car which elevated concern.

According to Rick, the scene was fluid and rapidly changing. Nobody could be trusted. At one point, the group was told that a shooter had stolen a police car which elevated concern.

After a while, the group made to Tropicana Blvd. where they headed eastbound down the sidewalk on the south side of the street and that’s when they had a rather strange encounter with a woman hanging out the window of a vehicle which was passing by.

“So this black or dark-blue sedan is pulling up on East Tropicana and there’s a young female, maybe 20’s or early 30s, hanging out of the window,” Rick explained. “Her torso is hanging out the window and she’s pointing at us, like gesturing with her hand and yelling and taunting the crowd.”

Rick said his “stomach sank.” He said that he just couldn’t believe that this woman knew what was going on and said that she was “taking joy” in watching what everyone was experiencing.

Rick said in retrospect that he does feel like there was gunfire coming from several different locations which matches up with other eyewitness accounts.