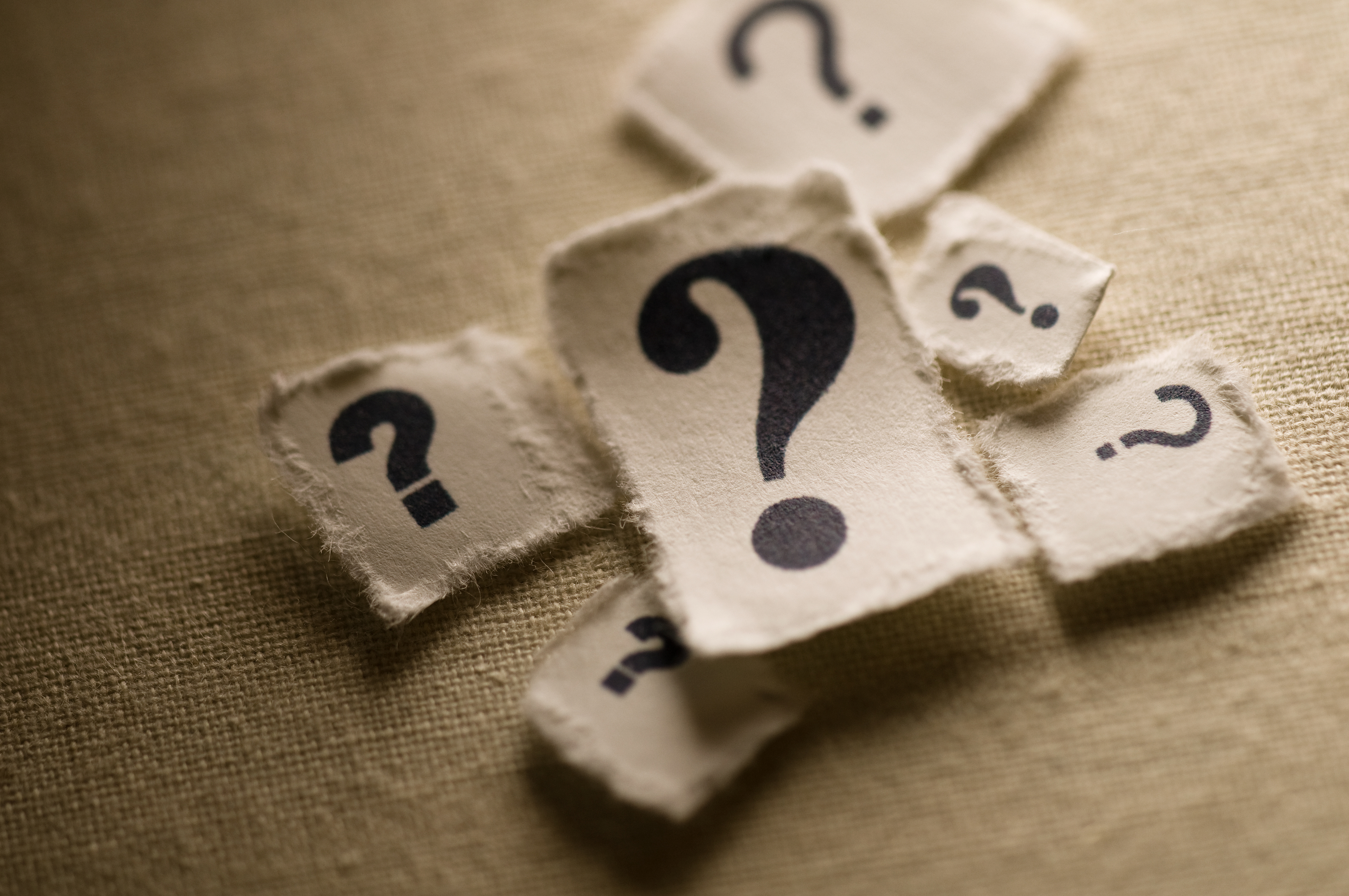 You know, I tried to keep from going full-on tinfoil with the Las Vegas massacre, but they’re making that completely impossible.

Sure, there were questions from the very beginning. A lot of things didn’t quite add up, but there is an investigatory process in such events. But… how is it that every single thing has been upended? This story is unraveling like a frayed sweater in a basket with a litter of kittens.

Here are the 6 questions about the Vegas Massacre that make me wonder what on earth they’re trying to hide from us.

1.) Why do witnesses keep disappearing?

It is a proven fact that many people who go through something as horrific as this attack don’t remember things clearly. People with Post Traumatic Stress Disorder often experience deficits in accuracy and this event was nothing if not traumatic. Lots of people reported having no idea what was going on. They thought the noise was firecrackers at first. Confusion and fear colored their memories and their only focus was on surviving. We’ve all heard someone describe an event, saying, “It was all a blur.”

But there were a few witnesses who had a very clear recall of the event and they are telling very different stories. Stories of multiple shooters. Stories of shooters right in the crowd. Stories of early police reports that could have prevented the entire tragedy.

Jesus Campo was the security guard who was shot in the leg when he approached Paddock’s room. (One reporter found that Campo either was not in the employee database or had been removed.) He had scheduled interviews with the media and then didn’t show up. One reporter said there was a gag order on Campo and his family but this has not been verified. No one seems to know the whereabouts of Campo.

Another eyewitness was 28-year old Kymberley Suchomel, who had attended the music festival. She told a very detailed story of multiple shooters, actual fireworks as a distraction. She escaped unharmed only to die unexpectedly in her home a week later “of natural causes.”

These people aren’t alone in their stories that don’t match the official narrative. Read this article and watch this video for more eyewitness stories. And guys…be careful.

2.) Why does the timeline keep changing so dramatically?

Obviously, investigations are fluid and we learn things as we go on. But there have been some really dramatic changes to the timeline and a lot of apparent CYA (Cover Your A$$) at work.

The first change was the inclusion of the shooting of unarmed security guard Jesus Campo, mentioned above. This dramatically changed the timeline of when officials were notified about a shooter on the 32 floor.

A veteran from two floors below Paddock’s room tried to notify the front desk and 911 regarding the origin of the shootings and recalls no one answering. He said :

“Changing weapons, changing calibers,” Bethel continued. “You can hear the difference in the gunshots of the different rifles that he is shooting.” (source)

There were also changes to the story about when Paddock checked into his suite at Mandalay Bay.

If you watch this video, a maintenance man at Mandalay Bay said that he called for help – stating that he and Jesus Campo called in being under fire more than 10 minutes before the shooter began unloading his weapon on concert-goers. It wasn’t until a recording was unearthed of Stephen Schuck calling for help with gunshots in the background that the official timeline was changed…again.

3.) Why don’t the recordings match the official story?

The audio recordings from the shooting are graphic… and many of them don’t match the official story.

This is a condensed version of the audio.

Notice how they mention multiple shooters and multiple locations. How much of that is battle fog and how much is real?

4.) Why were the laptops and phones of witnesses wiped before they were returned?

If you only learn one lesson, learn this one. If you ever witness an event like this, upload your video and photos immediately. If your story differs from the one that authorities are telling, your proof will be gone once they get their hands on your devices.

Workers at the Route 91 festival during which Stephen Paddock unleashed his massacre have reportedly been given back their phones and laptops by the FBI only to discover that all messages and videos from the night of the attack have been wiped clean.

According to a Las Vegas resident who posted a status update on Facebook, “A bunch of people that worked the Route 91 said they got their cell phones back today. They all said that all their phones are completely wiped clean! All messages and info from that weekend are completely gone. Anyone else experience this?”

“A few different people who were vendors there are all saying the same thing,” the woman later comments. (source)

What did these people record that is counter to the official narrative? Do they even know they caught something that they shouldn’t have?

5.) What about these excellent questions that aren’t being answered?

Alternative media is asking the questions that the mainstream is not. From Ann Coulter:

Why would Paddock unload 200 rounds into the hallway at a security guard who was checking on someone else’s room before beginning his massacre?

How can it possibly take eight days to figure out when the alleged shooter checked into the hotel?

Why was Paddock wearing gloves if he was about to commit suicide?

Have any other solitary mass shooters ever had girlfriends?

If Paddock wasn’t making money on video poker — and he wasn’t — why would he be cycling millions of dollars through a casino, turning every dollar into, at best, 99 cents?

As well, check out Brandon Smith’s brilliant tactical analysis, which has many other unanswered questions like:

Paddock called hotel security at least twice to complain about “loud music” on the floor below him the day of the shooting.  Why would a mass shooter care, or take the risk of drawing too much attention to himself?

Why, after so much careful planning, did Paddock expose his position by smashing two separate windows in his adjacent hotel rooms? There are other ways of providing a shooter’s loophole with less exposure?

Who set off this alarm which conveniently helped to give away Paddock’s position early, and why?

Why did Paddock prepare for an escape, use his cameras to allow him to fire at hotel security through his door, equip rounds capable of annihilating any SWAT team that stacked up to breach his room, but decided to shoot himself instead before SWAT ever entered?…No one noticed the man placing cameras about the area?

A witness on site at the concert stated that a woman (and her apparent boyfriend) approached people near the stage 45 minutes before the attack, telling them that “they were all going to die.” She was later escorted out of the venue by security. Who was this woman? Was she trying to menace the concertgoers or warn them? Or, was it all coincidence?

Despite the fact that these questions get right to the heart of method and motive, no one else seems to be asking them.

Most of all, WHY? Why the heck did this rich gambler who had no history of hurting anyone or being a hardcore gun guy unload thousands of rounds on 22,000 innocent people?

There is little in his history that would make us think, “Yeah, that guy is gonna go postal one day.”

Everyone who knew him was stunned. Baffled. Gobsmacked. Everyone from his weird brother to his foreign girlfriend to neighbors and fellow travelers were absolutely astounded he had committed this horrific massacre.

Then some stuff arose that has been pooh-poohed by investigators as unrelated.

Couldn’t you wrap your head around this better if you knew why?

It just doesn’t add up.

I’m not saying that our own government committed this atrocity or that Stephen Paddock was a converted Muslim or that he didn’t actually carry out this shooting.

I have no idea what to say, honestly. I mean, the FBI and the Vegas PD assure us there is “no conspiracy” and “nobody is attempting to hide anything.”

There are way too many things that don’t add up, but what I can say is that we aren’t getting the whole story. And that in itself makes me suspicious. What are they hiding? Was the motive something that would change our perspective on everything we believe?

It’s got to be big to go to this much effort.