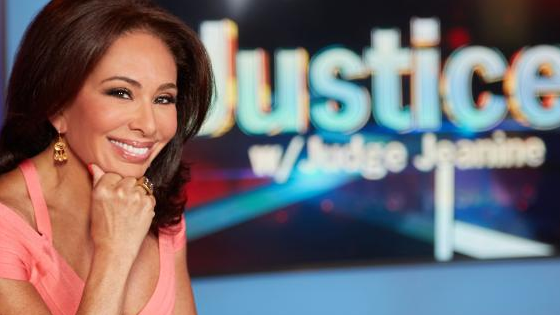 Since the onset of the Harvey Weinstein blockbuster scandal, many former allies of the left-wing mega donor have attempted to distance themselves from him while at the same ludicrously trying to turn the sexual assault allegations into an attack on President Donald Trump himself.

This has predictably caused outrage in right-wing and alternative media circles while at the same time the the likes of The New York Times and CNN continue to downplay the possibility that this is only the beginning of a much larger scandal while somehow always finding a way to magically tie it to Trump.

Amazingly, during a segment on Fox New’s Justice with Judge Jeanine, the former judge not only took Hollywood and their left-wing pals to task, she also revealed her belief that this is indeed only the beginning of what will end up being a scandal that includes child sex trafficking and “real” pedophilia.

“Don’t you love it when those so-called social justice warriors, the ones that claim moral and ethical superiority over the rest of us, the ones who chastise us because of our core American values are hoisted on their own petard?” said Pirro in the opening minute of her show.

“This week a real blockbuster as the curtain goes up on those Trump hating, Soros loving, socialist, condescending Hollywood elite for their silence, acceptance, and cover-up of one of their own – serial super sexual predator Harvey Weinstein,” Pirro continued. “Another intersection of crime, money, power, and the Democrat Party.”

Judge Jeanine then details the astonishing amount of money Weinstein has given powerful liberals over the years (and this is only the numbers we are aware of) as well as the direct hypocrisy of Hillary Clinton and her pathetic response to the scandal.

“And Hillary, the women who created her own war room to destroy the women who accused her husband Bill of rape and sexual assaults hides for five days before saying she is shocked… shocked.”

Pirro then goes full-scale savage, linking both the Clintons to convicted pedophile Jeffery Epstein while noting that if Hillary had won the election she could help her friend Weinstein out just as Bill helped his friend in the past.

“Think of it Hillary. If you were elected president, you could have done for your friend Harvey what your husband Bill did for his friend, that Palm Beach billionaire, convicted serial pedophile predator Jefferey Epstein – By getting the DOJ, the feds to intercede, take those child rape charges from the Florida DA to federal easy street.”

At the end of her absolutely amazing opening segment, Pirro reveals a bombshell – her belief that the Weinstein scandal is only the beginning and that famous Hollywood stars will soon be exposed as pedophiles.

While allegations of sex abuse, both adult and child, have long plagued Hollywood, one can’t help but wonder if this is actually the time where it is finally busted wide open and the sick predators, on both sides of the political aisle, are finally brought to justice.