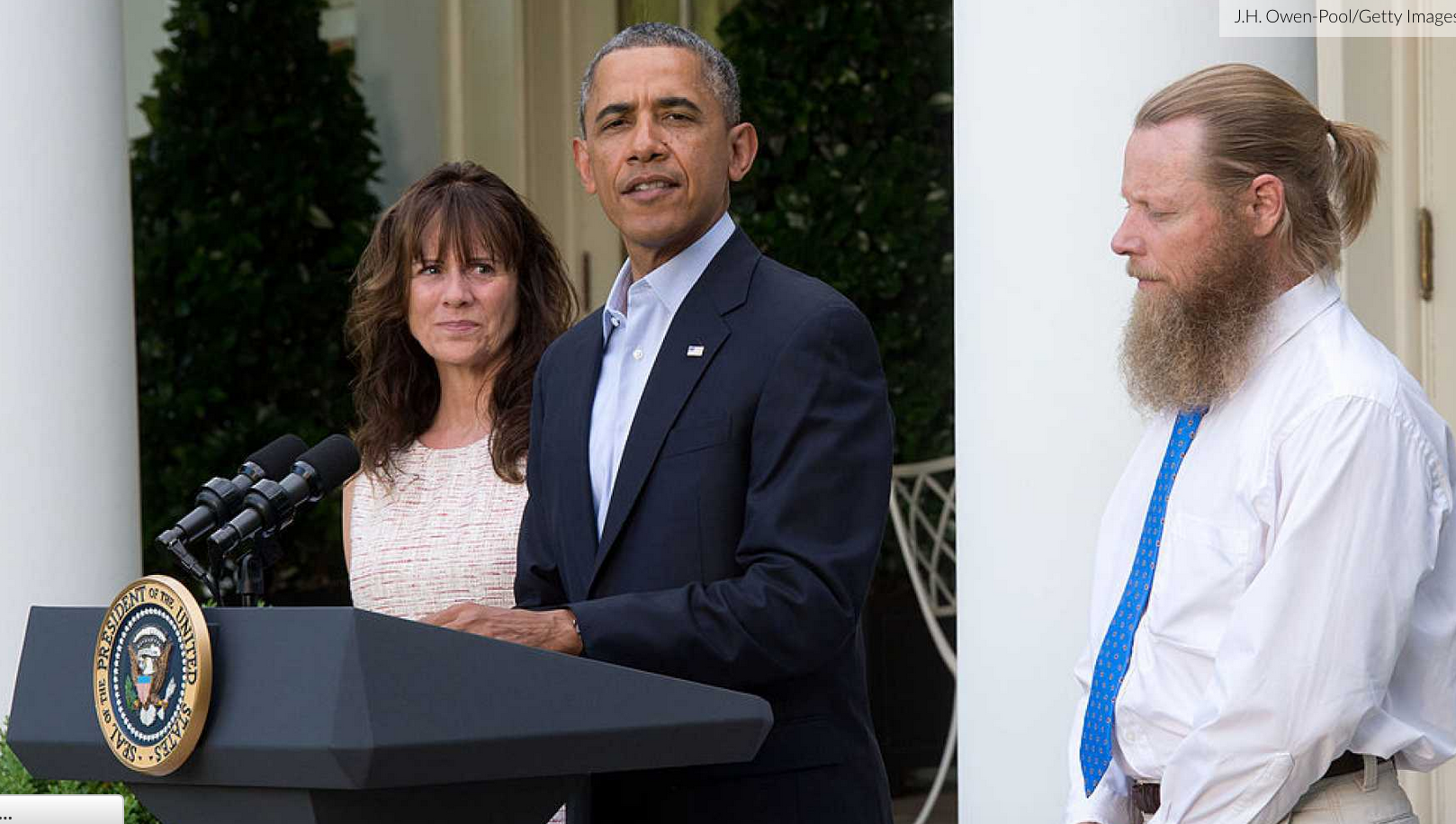 Bowe Bergdahl converted to Islam and joined the Taliban. Six brave US soldiers died going after this devout lowlife. Obama’s hero. Obama’s hero was feted in the Rose Garden, no less.

So I ask you, whose side was Obama on? I called it all in my 2010 book The Post-American Presidency: The Obama Administration’s War on America.

Daily Wire, October 16, 2017:
In May 2014, President Obama, looking desperately for a foreign policy victory, traded five terrorists from Guantanamo Bay to the Taliban in exchange for Bowe Bergdahl, a sergeant suspected of desertion. Bergdahl’s alleged desertion necessitated the use of American troops to search for him; six were killed during that process.
President Obama welcomed Bergdahl himself to the Rose Garden, along with his parents, where he lauded their “courage” and the media cast Bergdahl in the role of hero; National Security Advisor Susan Rice, who made a habit of fibbing to the American public on national television during her tenure in the job, told Americans that Bergdahl’s service was “honorable” and added that he served with “honor and distinction.” Obama defended his decision by stating, “I make absolutely no apologies for making sure that we get back a young man to his parents and that the American people understand that this is somebody’s child and that we don’t condition whether or not we make the effort to try to get them back.”
On Monday, Bergdahl pleaded guilty to desertion and misbehavior before the enemy. Bergdahl apologized — too late for his dead comrades — and stated, “At the time, I had no intention of causing search and recovery operations….It’s very inexcusable.”
All of which utterly undercuts the Obama administration’s stated reasons for the Bergdahl deal altogether. And demonstrates how they were lying continuously for months — as they did with the Iran deal, as they did with the Benghazi debacle. The Obama administration never stopped dissembling with regard to their foreign agenda. Bergdahl was no exception.