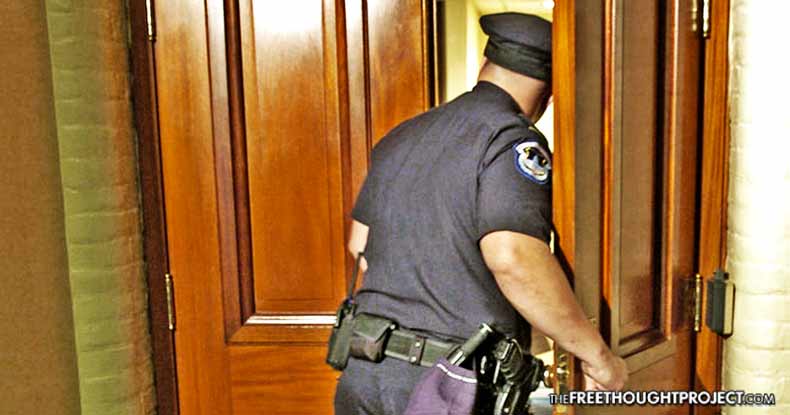 As the mainstream media provides relentless coverage of the Harvey Weinstein Hollywood sex scandal, there is one major piece of legislation it is ignoring, and if passed, it will have massive repercussions for all Americans.

More than 40 organizations, including the American Civil Liberties Union and the Freedom of the Press Foundation, have joined together to condemn the USA Liberty Act, a trendy name for a dangerous bill that reauthorizes and creates additional loopholes for Section 702 of the Foreign Intelligence Surveillance Act (FISA).

In a letter to the House Judiciary Committee, the coalition noted that one of the most obvious problems with the USA Liberty Act is that it fails to address concerns with the “backdoor search loophole,” which allows the government to “conduct warrantless searches for the information of individuals who are not targets of Section 702, including U.S. citizens and residents.”

“The USA Liberty Act departs from the recommendation made by the President’s Review Group on Surveillance, appropriations amendments that have previously passed the House, and urgings of civil society organizations, which would have required a probable cause warrant prior to searching the Section 702 database for information about a U.S. citizen or resident absent narrow exceptions. As written, it raises several concerns. First, the bill’s most glaring deficiency is that it does not require a warrant to access content in cases where the primary purpose is to return foreign intelligence. This is an exception that threatens to swallow the rule.”

Not surprisingly, the USA Liberty Act claims that it will “better protect Americans’ privacy” by requiring the government to have “a legitimate national security purpose” before searching an individual’s database. Then when they do have that purpose established, they will be required to “obtain a court order based on probable cause to look at the content of communications, except when lives or safety are threatened, or a previous probable cause-based court order or warrant has been granted.”

However, as The Free Thought Project previously reported, what the USA Liberty Act does not advertise is the fact that the FBI’s “legitimate national security purpose” could be justified by just about any reason the agency chooses to give, and agents will only need supervisory authority in order to search Americans’ metadata.

As the coalition noted in its letter, “the bill’s current language leaves room for the government to conduct queries and access content for law enforcement purposes without a warrant,” which should be considered a direct violation of the Fourth Amendment.

“The current language does not make clear that the government must have a warrant to access content for law enforcement searches where the purpose may not be to specifically obtain evidence of a crime, or in cases where there may be a dual foreign intelligence and criminal purpose. As such, the bill could still permit the government to conduct queries and access content without a warrant in cases involving criminal investigations and prosecutions.”

The coalition also criticized the USA Liberty Act’s broad consent and emergency exceptions, noting that, “the emergency provision does not parallel analogous provisions in FISA and require imminence or that the government go back to the FISA court for a warrant after beginning the emergency surveillance.”

While the government claims the purpose of FISA is to allow surveillance on the communications of foreign targets who were suspected terrorists, it should be noted that the law has been used to spy on the communications of innocent Americans—despite the practice being ruled illegal—and any reauthorization of the law will only allow the practice to continue under the guise of “preventing terrorism.”

When the USA Patriot Act was passed in 2001, and the USA Freedom Act was passed in 2015, the U.S. government used fear-based propaganda disguised in the form of All-American titled legislation, which was spread without contest by the mainstream media. Section 702 is set to expire on Dec. 31, 2017, which means that Americans will likely see the same game come into play as the government prepares to pass the USA Liberty Act—a bill that is the opposite of its namesake.