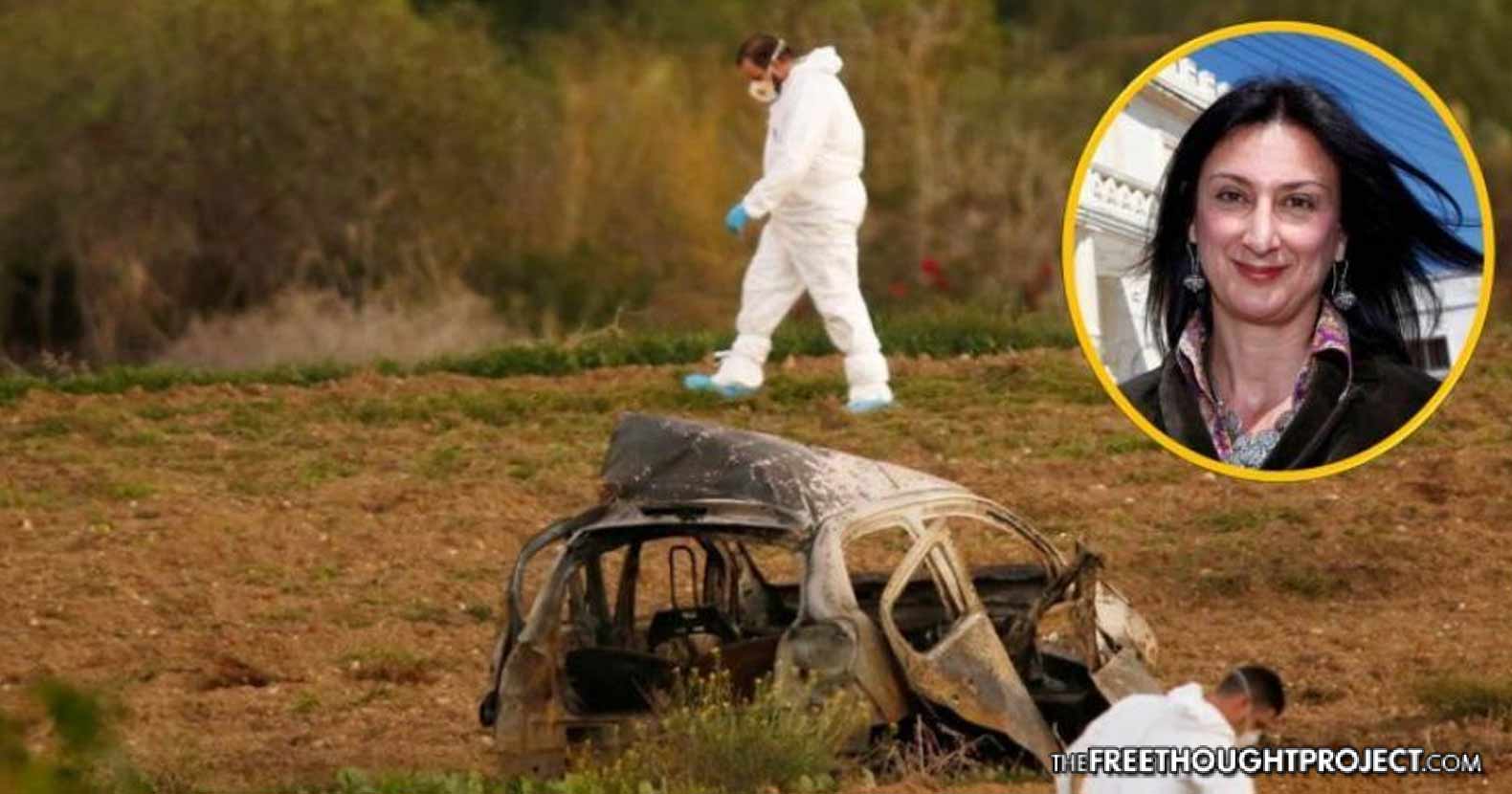 Maltese Investigative Journalist Daphne Caruana Galizia, who was described as a “One-Woman WikiLeaks” after she led the Panama Papers investigation, was killed on Monday afternoon in a car bomb near her home.

Galizia’s career was devoted to exposing establishment corruption, and her most recent work revealed that Malta’s prime minister, Joseph Muscat, and two of his closest aides, had connections to offshore companies that linked them to the sale of Maltese passports, and showed that they had received payments from the government of Azerbaijan, according to a report from the Guardian.

During a press conference on the attack, Muscat acknowledged Galizia’s work, and said, “Everyone knows Ms. Caruana Galizia was a harsh critic of mine, both politically and personally, but nobody can justify this barbaric act in any way.”

However, Galizia’s son is not convinced, and he referred to Muscat as a “clown” who was taking advantage of the situation by “making statements to parliament about a journalist he spent over a decade demonizing and harassing,” just hours after her death.

“Joseph Muscat, Keith Schembri, Chris Cardona, Konrad Mizzi, the Attorney General and the long list of police commissioners who took no action: you are complicit. You are responsible for this,” Matthew Caruana Galizia wrote, claiming his mother was assassinated in a Facebook post that called out a number of elected officials and politicians.

“My mother was assassinated because she stood between the rule of law and those who sought to violate it, like many strong journalists. But she was also targeted because she was the only person doing so. This is what happens when the institutions of the state are incapacitated: the last person left standing is often a journalist. Which makes her the first person left dead.”

Daphne Caruana Galizia will be remembered as a remarkable investigative journalist who risked her life to expose corruption among the elite. One of her most notable endeavors was bringing the massive revelations from the Panama Papers to light, which consisted of 11.5 million leaked documents that detailed financial information from more than 200,000 offshore accounts.

As The Free Thought Project reported in April 2016, the Panama Papers had a direct effect on the United States by revealing both elite and criminal donors who helped to finance the careers of Hillary and Bill Clinton through unethical offshore tax shelters.

Matthew Caruana Galizia is also an investigative journalist, and he worked alongside his mother on the investigation into the Panama Papers. He wrote that he was nearby when his mother’s car exploded with a blast so powerful that it sent the vehicle and its passenger flying into a nearby field.

“I am never going to forget, running around the inferno in the field, trying to figure out a way to open the door, the horn of the car still blaring, screaming at two policemen who turned up with a single fire extinguisher to use it. They stared at me. ‘I’m sorry, there is nothing we can do,’ one of them said. I looked down and there were my mother’s body parts all around me. I realized they were right, it was hopeless.”

Mr. Galizia said he told the police at the scene, “My mother is in the car. She is dead. She is dead because of your incompetence.”

While some may refer to Daphne Caruana Galizia’s death as “tragic,” her son said he believes “this was no ordinary murder and it was not tragic.” He argued that “when there is blood and fire all around you, that’s war. We are a people at war against the state and organized crime, which have become indistinguishable.”

Mr. Galizia also claimed that “one of the police sergeants who is supposed to be investigating her murder, Ramon Mifsud, posted on Facebook, ‘Everyone gets what they deserve, cow dung! Feeling happy :)’”

“Yes, this is where we are: a mafia state where you can now change your gender on your ID card (thank God for that!) but where you will be blown to pieces for exercising your basic freedoms. Only for the people who are supposed to have protected you to instead be celebrating it. How did we get here? A culture of impunity has been allowed to flourish by the government in Malta. It is of little comfort for the Prime Minister of this country to say that he will ‘not rest’ until the perpetrators are found, when he heads a government that encouraged that same impunity.”

Mr. Galizia accused Muscat of filling his office, the police force, and the courts with crooks, imbeciles, and incompetents. “If the institutions were already working, there would be no assassination to investigate—and my brothers and I would still have a mother,” he wrote.