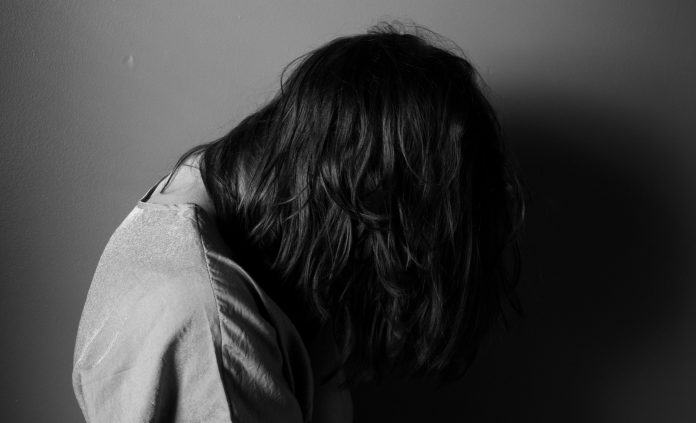 Following the outing of Harvey Weinstein, another barrage of people have come forward speaking about the sexual abuse and bribery that takes place in Hollywood, and Fox News’ Judge Jeanine Pirro has spoken on on the issue.

Pirro said that while Hollywood was busy talking down to law-abiding decent Americans, it was busy not only in “allowing” these horrific crimes, but also participating in them.

Thus, Hollywood has been guilty of the very things it claims to condemn, and I’m not talking about the city, I’m referencing some big names in the industry. Keep in mind that a city is not what commits crime, people do.

“Folks, Hollywood has been steeped in hypocrisy for decades,” Pirro told her audience. “As the curtain goes up on the casting couch, AKA the casting bed, the town that glorifies violence, murder, and rape is the same town where centuries-old rules of women sleeping for a job are quiet. Actors: The ones who need to read other people’s words for a living, and then convince themselves that they have the moral turpitude to pontificate to the rest of us on how we should act, try to tell us how to be.”

“And by the way — it is not over yet, folks,” she added. “There’s more coming. It is not just adult women, it is human trafficking, it is child sex trafficking, it is real pedophilia, in a town where there are no rules. Where the truth is stranger than fiction, and where fiction is based on reality.”

Pirro then called on the Justice Department to get involved, especially with concern over Harvey Weinstein.

“It is time for the Dept. of Justice to get their act in gear, start a federal criminal investigation into Harvey Weinstein, his ongoing criminal activity, that no doubt has crossed state lines and continents,” she said.

Take a listen to her comments.

It’s not that this information has not been made to the public. It’s been made public for decades. It’s that the people fail to do anything about it. They fail to clean it up and bring justice against the guilty.

Our cry should be:

Instead, we feel outrage, and that quickly subsides by turning the channel, or flipping on another movie or heading to the latest sports event to soothe our consciences, or in some cases sear them.

Consider that in May of last year, actor Elijah Wood

of Lord of the Rings

fame who had been in Hollywood since he was a child, claimed that many Hollywood elites were engaging in pedophile parties.

In an exclusive interview with The London Times, Wood opened up about the scandals and sympathized with the sexually abused victims of Savile.

Woods claims that numerous “parties” that were “organized” and set up so that innocent, young, naïve actors could be “preyed upon” by the Hollywood elite.

“There is darkness in the underbelly—if you can imagine it, it’s probably happened,” Woods told the Times.

He added that anyone who attempted to expose the crimes being committed would be “squashed” and have their lives destroyed.

In fact, Woods believes it’s going on now and that since the mainstream only programs propaganda and isn’t interested in bringing real justice to criminals, especially those in Hollywood and politics who would violate innocent children, the public is largely unaware of what is taking place.

“I’ve been led down dark paths to realize that these things probably are still happening,” he said.

Wood would later follow that up in January 2017 by claiming that pedophilia was running rampant in Hollywood.

Wood was one of the latest in a long line of child actors and actresses that have made these claims.

In 2014, I reported on a documentary that exposed these crimes against children called “An Open Secret.”

According to Hollywood Reporter:

The subject was forced out of the shadows earlier this year when Michael Egan III filed lawsuits against X-Men director Bryan Singer, veteran TV executive Garth Ancier, former Disney exec David Neuman and producer Gary Goddard; all four denied the allegations, and by August, Egan had dropped the suits after prior inconsistent statements emerged (he also was scolded by a judge for lying in court). But now Egan is reemerging in a prominent role in Berg’s film, which focuses in part on the late 1990s Internet company Digital Entertainment Network headed byMarc Collins-Rector and Chad Shackley, who held alcohol- and drug-fueled parties attended by teen boys. “They would pull away the better-looking younger kids and keep them for their own afterparty,” where skinny-dipping was mandatory, says Egan in the film, alleging that Singer was in attendance.

The documentary, which paints a broad picture of sexual exploitation in the entertainment industry, does not revisit the specific allegations in Egan’s lawsuits, nor does it characterize the men Egan sued as predators. But in an interview with The Hollywood Reporter, Berg defends her choice to include them, saying, “The question is, if you are an adult at one of these parties where so much is going on out in the open, what is your responsibility?” She admits, “I don’t know the ins and outs of the various suits,” but she is convinced of Egan’s general credibility.

“He’s a straight man in his 30s,” she continues. “For him to say he was sexually abused by men as a young teen all the way up to his late teens, that’s kind of an unlikely thing to lie about. He was at those parties. His story was not unique. So many other kids had the exact same stories with the same details.” Plus, she adds, Egan’s account is “only one aspect of the story. It’s a much greater issue. When you meet the victims and see how prevalent this problem is, it’s difficult to ignore.”

In 2013, actor Corey Feldman released his book Coreyography in which he told of both his and late actor Corey Haim’s sexual abuse at the hands of Hollywood pedophiles and predators.

Take a listen to this short clip in which both men speak about the abuse.

During an interview with ABC News, Corey Feldman said, “The number one problem in Hollywood was, and always will be, pedophilia.”

Yeah, I think it’s about time America began to deal with these people who are defiling our children, and from all accounts, the Trump administration is the administration that seems to be set on dealing with pedophiles and human traffickers.

In February, I reported on the fact that the Trump administration had busted 1,500 people engaged in human trafficking compared to Barack Hussein Obama Soetoro Sobarkah’s 400 in one year.

However, this is not just going to happen when we deal with the pedophiles, but even those who seem to glorify it in some perverted way like Milo Yiannopoulos who appeared to praise being molested by a Catholic priest at age 14. He lost a lot for that conversation, as he should have. Yet, many conservatives continue to praise him for his free speech efforts. We can’t have it both ways. This must be dealt with on a variety of levels and there is no doubt in my mind that many young boys who are abused follow the lifestyle that leads them to Sodom.

“But whoso shall offend one of these little ones which believe in me, it were better for him that a millstone were hanged about his neck, and that he were drowned in the depth of the sea.” -Matthew 18:6