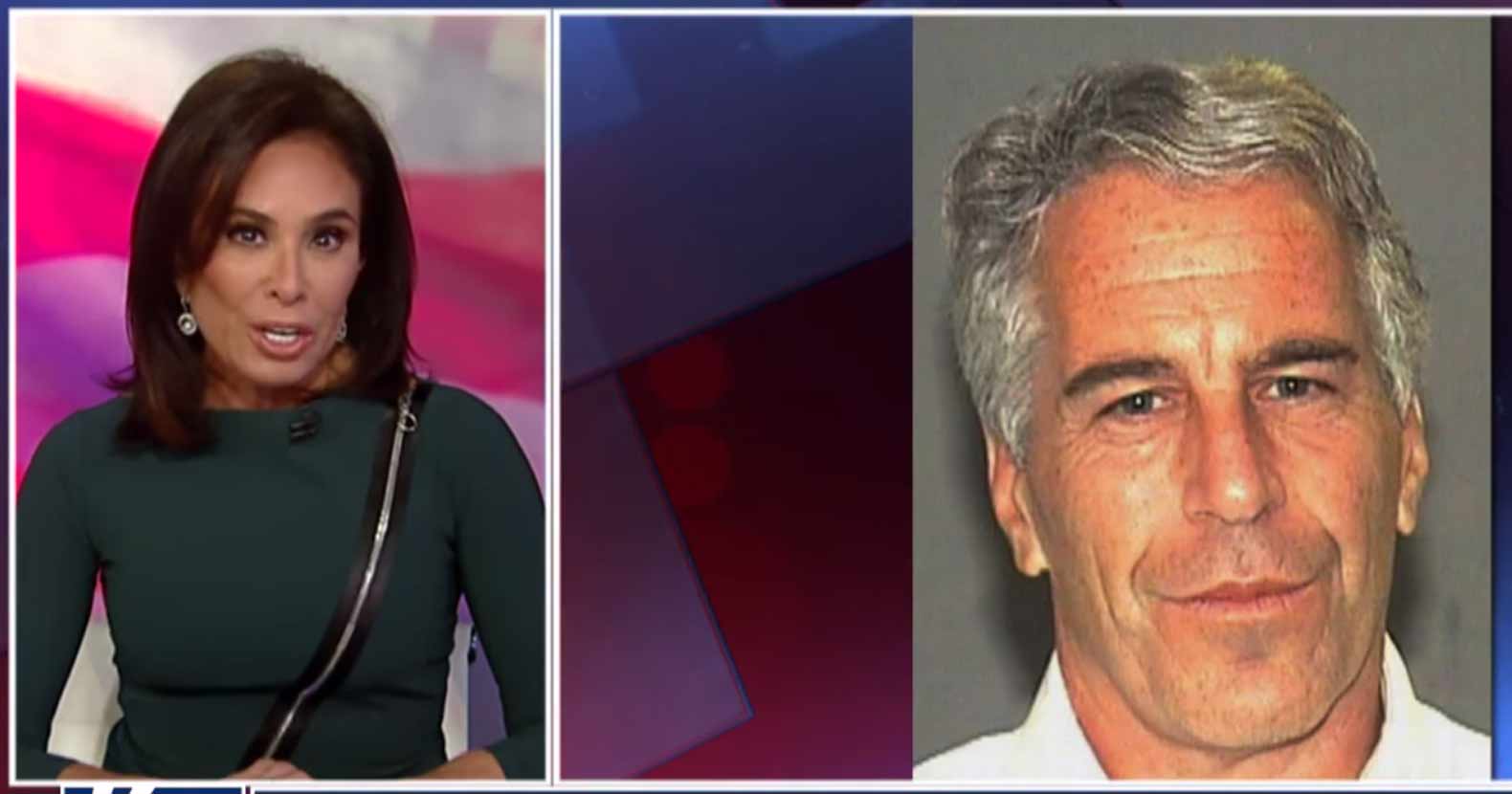 Harvey Weinstein’s sacrifice by the elite through revealing his alleged rampant sexual abuse has appeared to have removed the stigma from those who expose child sex trafficking. Weinstein’s ousting seems to have served as a catalyst for the mainstream media to finally cover the real-life horror movie that is Hollywood sex abuse.

While many brave actresses and actors have come forward with allegations of their abuse by adults, some of those inside the industry are calling out the horrifying reality of rampant child sex trafficking that takes place behind the silver screen.

Although TFTP has faithfully exposed this depraved group of Hollywood elite and politicians who deal in the lives of children for years, even the mainstream media is being forced to cover it now. One such outlet to jump on the expose Hollywood train is the FOX News Channel whose hot-tempered pundit, Judge Jeanine Pirro went on a massive—albeit entirely partisan—rant about the powers that be and their nature to ignore and also facilitate Hollywood’s sick addiction.

Starting her rant, Pirro laid into Clinton and how she is using this Weinstein scandal to use Trump—who said he could just walk up to women and grab them in the genitalia—as a distraction from her husbands years of sex abuse scandal. Bill Clinton and Harvey Weinstein have long been in bed together, and, as TFTP reported, Weinstein actually paid for some of Clinton’s defense when he was dealing with his own sexual abuse cases.

Pirro then said, in regards to the massive government coverup and whitewashing of convicted pedophile Jeffrey Epstein, “Were you elected president, you could’ve done for your friend Harvey what your husband Bill did for his friend, the Palm Beach billionaire, convicted serial pedophile predator, Jefferey Epstein, by getting the Department of Justice, the Feds to intercede, take those child rape cases from the Florida DA where Epstein was facing hard time to federal easy street where he quickly got home monitoring.”

Everything Pirro said above was, indeed, factual. However, it is only half of the story. Because FOX News refuses to report on the corruption of the right, Pirro failed to mention Trump’s ties to Epstein as well.

Epstein is a convicted child molester and sexually abused no less than 40 underage girls. Despite this fact, Alexander Acosta protected him while serving as a U.S. Attorney in Florida under both Bush and Obama.

At the time, prosecutors from Acosta’s office, working with the FBI and documented for the court, foundthat, through assistance from several female assistants, Epstein “would recruit underage females to travel to his home in Palm Beach to engage in lewd conduct in exchange for money … Some went there as much as 100 times or more. Some of the women’s conduct was limited to performing a topless or nude massage while Mr. Epstein masturbated himself. For other women, the conduct escalated to full sexual intercourse.”

Rather than the minimum ten-year sentence the billionaire pedophile faced, Acosta’s arrangement with Epstein’s lawyers landed a part-time, eight hours per day county jail term for a scant 13 months in a club med prison—a travesty of justice indeed.

These are undisputed facts — yet, in April, Trump still appointed Acosta as his Secretary of Labor.

Acosta’s appointment should come as no surprise given Trump’s outspoken praise for Epstein, including referring to the convicted pedophile as a “terrific guy,” he is “fun to be with,” and “he likes beautiful women as much as I do, and many of them are on the younger side.”

Left and right are both in it but their supporters only see the 'other guys crimes' pic.twitter.com/1HbUVHE4pE

Pedophilia among the elite knows no party lines and shame on FOX for failing to mention the above facts as well. However, as the rant continued, Pirro got into much heavier detail.

“And by the way — it is not over yet, folks. There’s more coming. It is not just adult women, it is human trafficking, it is child sex trafficking, it is real pedophilia, in a town where there are no rules. Where the truth is stranger than fiction, and where fiction is based on reality.

It is time for the Dept. of Justice to get their act in gear, start a federal criminal investigation into Harvey Weinstein, his ongoing criminal activity, that no doubt has crossed state lines and continents.”

The good news is that as more victims come forward and as more horrifying details emerge, America and the rest of the world will see the vile men and women behind the curtain who perpetuate, not just a false reality on the silver screen, but who keep citizens hypnotized and divided through journalism and politics too.