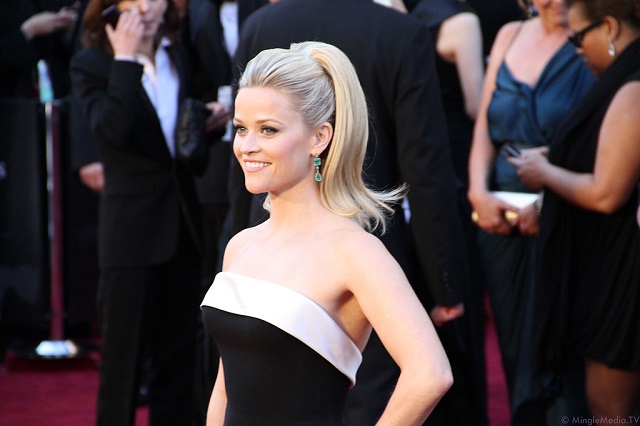 Actress Reese Witherspoon said Monday she was sexually assaulted by a Hollywood director at age 16 and felt that “silence was a condition of my employment.”

The actress was there to introduce her “Big Little Lies” costar Laura Dern, who was an honoree.

During her remarks, Witherspoon said the Weinstein scandal has been tough on her.

“I have my own experiences that have come back to me very vividly and I have found it hard to sleep, hard to think, hard to communicate,” she said. “A lot of the feelings I’ve been having about anxiety, about being honest, the guilt for not speaking up earlier or taking action.”

.@RWitherspoon says memories of abuse have "come back to me very vividly" this wk. She recalls being assaulted by a director at 16 #ELLEWIH pic.twitter.com/3sDGQfAZQJ

Witherspoon opened up about her “true disgust at the director who assaulted me when I was 16 years old and anger that I felt at the agents and anger at the agent and producers who made me feel that silence was a condition of my employment.”

“And I wish I could tell you that that was an isolated incident in my career, but sadly, it wasn’t,” she said. “I’ve had multiple experiences of harassment and sexual assault, and I don’t speak about them very often, but after hearing all the stories these past few days and hearing these brave women speak up tonight, the things that we’re kind of told to sweep under the rug and not talk about, it’s made me want to speak up and speak up loudly because I felt less alone this week than I’ve ever felt in my entire career.”

Incidentally, have you noticed how no one in the media is daring to mention Bryan Singer?

The Daily Beast actually wrote a good piece on his alleged depravity on Monday.

This will be the next dam to break. https://t.co/Vqlnyz0IfX

No one else will even touch it.

If you search his name on Google News most of the articles are currently praising Singer for releasing a new photo of Freddie Mercury. Singer’s latest film “Bohemian Rhapsody” is aiming to glamorize the life of the homosexual singer who died of AIDS.