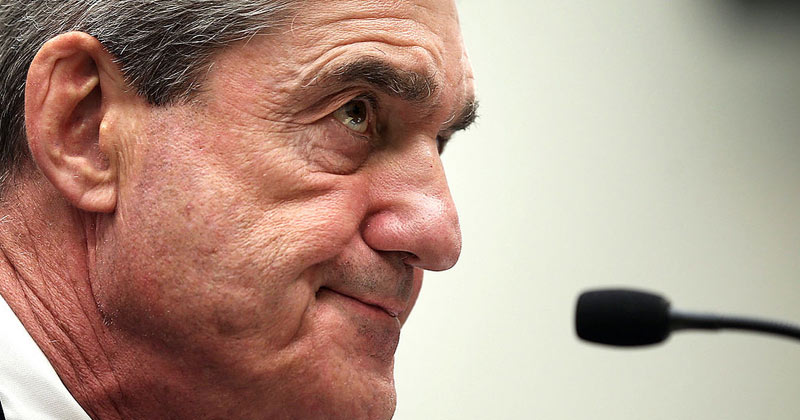 “It totally comprises their integrity”

Attorney Gregg Jarrett is calling on Robert Mueller and Rod Rosenstein to resign from the investigation into Russian collusion with the Trump administration having themselves been complicit in Russian collusion by approving the sale of 20% of US uranium reserves to Russia.

Mueller and Rosenstein were on the CFIUS committee that approved the sale despite knowing that, as The Hill reported, “Russian nuclear officials were engaged in a racketeering scheme involving bribes, kickbacks and money laundering,” that also ensnared the Clinton Foundation.

Hillary was also on the committee that rubber stamped the deal while her husband was receiving huge speaking fees from Russian officials as millions in “charitable donations” poured into the coffers of the Clinton Foundation from Russia.

Asked by Hannity how the likes of Rosenstein and Mueller could now be judging the Trump administration over Russian collusion having themselves been complicit in Russian collusion, Jarrett was unequivocal.

“They’ve got to be fired or they have to resign,” he responded, adding, “It totally compromises their integrity, I don’t see any other way out.”

“Rosenstein hid this information when he knew it….hiding this information, not disclosing it to Congress, when they had a legal obligation to do so seems to me to be unconscionable and they have no more integrity associate now with their Trump collusion case,” said Jarrett.

The Senate Judiciary Committee has now launched a full scale investigation into the bribery scandal, although as The Hill columnist Joe Concha points out, the bombshell story is being ignored by the media.

“This important & explosive story from Solomon and Spann of The Hill received exactly zero seconds of airtime on the evening newscasts,” he tweeted.

This important & explosive story from Solomon and Spann of The Hill received exactly zero seconds of airtime on the evening newscasts. #zero https://t.co/EYcI9nNDvj

Hannity also delivered a stinging monologue last night in which he decimated the media for obsessing about baseless conspiracy theories about the Russians colluding with Trump while giving the Clintons a free pass.