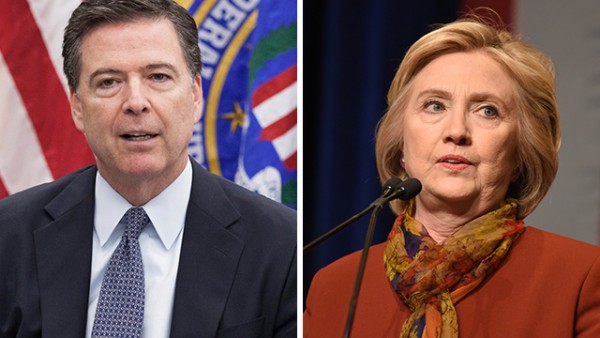 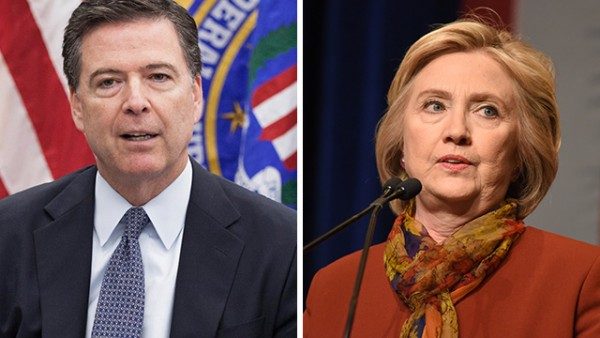 (Natural News) We have truly reached the point in American history where criminal indictments need to be immediately leveled against James Comey, Loretta Lynch, Eric Holder, Hillary Clinton, Bill Clinton, Robert Mueller and a dozen other high-ranking officials who are now known to have been complicit in one of the most treasonous criminal cover-ups in American history.

Although the entire left-wing media is running a campaign of complete silence on this story, the rest of the media is now widely reporting that, under President Obama, the FBI had documented an exhaustive trail of corruption, bribery and treason that involved Hillary Clinton, State Department corruption and Russia-linked mining companies that acquired rights to U.S. uranium supplies. This truth was described in great detail in the book Clinton Cash by Peter Schweizer, and now evidence is emerging that further confirms the depth of collusion, corruption, money laundering and treason that Hillary Clinton actively pursued to collect $145 million from Russia-linked sources.

Before the Obama administration approved a controversial deal in 2010 giving Moscow control of a large swath of American uranium, the FBI had gathered substantial evidence that Russian nuclear industry officials were engaged in bribery, kickbacks, extortion and money laundering designed to grow Vladimir Putin’s atomic energy business inside the United States, according to government documents and interviews.

Former President Barack Obama oversaw this criminal racketeering scheme, according to multiple sources. “It turns out the Obama administration knew the Russians were engaged in bribery, kickbacks and extortion in order to gain control of US atomic resources — yet still OK’d that 2010 deal to give Moscow control of one-fifth of America’s uranium,” writes the New York Post. “Hillary Clinton, again, sat on a key government body that had to approve the deal — though she now claims she had no role in a deal with profound national security implications, and during the campaign called the payments a coincidence.”

“…[T]he State Department under Clinton and other agencies on the Committee on Foreign Investment approved unanimously the sale of Uranium One, a Canadian mining company, to Russia’s state nuclear company Rosatom, which gave Moscow control over 20 percent of U.S. strategic reserves,” reports NewsTarget.

What’s even more astonishing about all this is that Robert Mueller, now running a partisan special counsel investigation into the fake conspiracy theory that falsely claims Trump colluded with the Russians to steal the election, was the head of the FBI while this Uranium One treason was taking place.

“Until September 2013, the FBI director was Robert Mueller — who’s now the special counsel probing Russian meddling in the 2016 election. It’s hard to see how he can be trusted in that job unless he explains what he knew about this Obama-era cover-up,” writes the NY Post.

“The connections to the current Russia case are many. The Mikerin probe began in 2009 when Robert Mueller, now the special counsel in charge of the Trump case, was still FBI director. And it ended in late 2015 under the direction of then-FBI Director James Comey, whom Trump fired earlier this year,” adds The Hill.

Mueller, who like James Comey appears to be a political lackey for the Clinton crime cartel, is just one of many shadowing players in this rapidly unraveling story of corruption and lies. Bill Clinton, wouldn’t you know it, is also implicated. As The Hill explains:

Peter Schweitzer and The New York Times documented how Bill Clinton collected hundreds of thousands of dollars in Russian speaking fees and his charitable foundation collected millions in donations from parties interested in the deal while Hillary Clinton presided on the Committee on Foreign Investment in the United States.

U.S. Senate investigation launched to uncover the truth about this treason, corruption and collusion

As The Hill writes, this morning the Senate has launched an official probe into this astonishing criminal cartel that was operating right under the nose of Barack Obama:

The Senate Judiciary Committee has launched a probe into a Russian nuclear bribery case, demanding several federal agencies disclose whether they knew the FBI had uncovered the corruption before the Obama administration in 2010 approved a controversial uranium deal with Moscow.

HANNITY: “Tonight, with this new evidence, what we have discovered is that the evidence against the Clintons is overwhelming, it is incontrovertible. Hillary Clinton and her husband sold out America to the Russians while millions of dollars flowed to their family foundation. And in the process, Clinton created a massive national security risk for every man, woman, and child — giving Vladimir Putin control over American uranium.”

Had Hillary Clinton become president, her administration would have covered up all these crimes. That was the entire plan, of course: Fake the polls, run a fake news media blitz and steal the election by convincing people that Clinton’s victory was inevitable. From there, Obama would pass the baton to Clinton, where the criminal collusion of both of them would be forever buried under a web of complicit FBI directors and media lackeys who have abandoned real journalism.

But Trump’s victory threw the plan into disarray, and now the true depth of the collusion and corruption of the Obama-Clinton crime machine is finally coming to light. With this new evidence emerging that proves the Obama administration covered up Hillary Clinton’s pay-to-play corruption, President Trump and Attorney General Jeff Sessions must pursue criminal prosecutions against all the top officials who were involved. This list includes Robert Mueller himself, as well as James Comey, Loretta Lynch, Eric Holder, Hillary Clinton and a long list of other complicit co-conspirators.

These people conspired to sell out America’s uranium supply — a strategic resource needed for national defense — to one of America’s most dangerous enemies, all in exchange for over $100 million that got funneled into the Clinton Foundation. The facts of what went down are, themselves, an indictment of Obama regime officials who were fully aware of what was happening but allowed it to take place anyway. “The Trump administration doesn’t need another special counsel,” writes the National Sentinel. “All that needs to happen is for Attorney General Jeff Sessions to use the evidence the FBI already has and start issuing arrest warrants. He can begin with the most corrupt, criminally investigated presidential contender in U.S. history: Hillary Clinton.”

Follow more news on this exploding scandal of corruption and treason at Clinton.news.