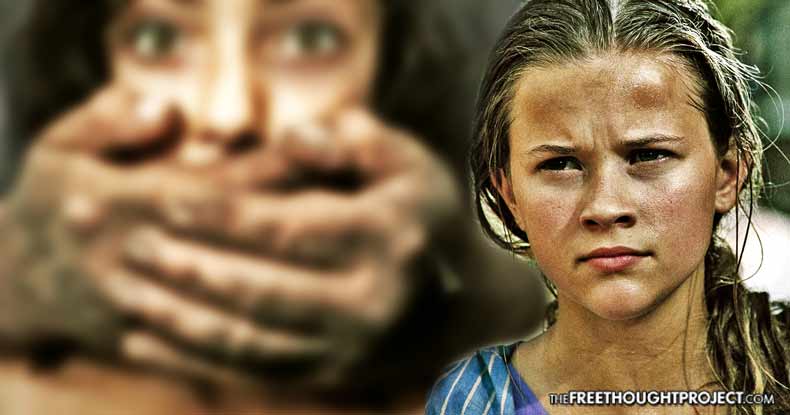 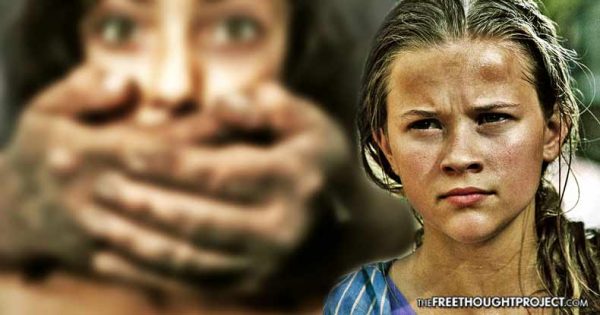 Reese Witherspoon has joined a long list of A-list actors who are telling their stories of sexual abuse and harassment following allegations Hollywood film mogul Harvey Weinstein had pressured an untold number of women for sex. However, Witherspoon’s story is quite different. She says she was sexually assaulted by her director when she was 16 and was told to stay quiet about it or else. If her allegations are proven true, it signals that pedophilia, as TFTP has long contended, is thriving in Hollywood to the detriment of child actors and their families.

"I felt less alone this week than I’ve ever felt in my entire career." https://t.co/hJaSQ4Vyu3

Witherspoon was a guest speaker at Elle’s “Women in Hollywood” event in Beverly Hills on Monday night. She admitted she has been struggling emotionally over the past week as more and more Hollywood elite come forward sharing their stories of sexual assault, abuse, and harassment. She admitted having feelings of guilt and shame in not coming forward sooner:

I have my own experiences that have come back to me very vividly and I find it really hard to sleep, hard to think, hard to communicate a lot of the feelings that I’ve been having about anxiety, honest, the guilt for not speaking up earlier.

Witherspoon described how her film’s director assaulted her and his staff took measures to makes sure the alleged criminal act stayed silent, hidden from public knowledge, and far from any law enforcement involvement. In some ways, the Academy Award-winning actress revealed the playbook whereby Hollywood’s pedophiles continue to operate with impunity. She said:

[I feel] true disgust at the director who assaulted me when I was 16 years old and anger at the agents and the producers who made me feel that silence was a condition of my employment.

Not only does she claim she was sexually assaulted as a teenager (which could include rape), she says she was forced to be silent to be able to continue making money as a child actor in Hollywood.

As what often happens with victims of child sexual abuse, Witherspoon said the abuse and sexual assaults continued, although she did not offer any details about her attackers, abusers, or their identities.

And I wish that I could tell you that was an isolated incident in my career, but sadly it wasn’t. I’ve had multiple experiences of harassment and sexual assault and I don’t speak about them very often.

She says she felt empowered to come forward at this time in her life (age 41) after so many other colleagues have spoken out about their abuse and abusers.

But after hearing all the stories these past few days and hearing these brave women speak up tonight about things that we’re kind of told to sweep under the rug and not to talk about, it’s made me want to speak up and speak up loudly because I actually felt less alone this week than I have ever felt in my entire career.

Sexual abuse survivors often describe the feeling of relief they experience after they tell someone, anyone, about what happened to them. Using a simple hashtag #metoo, millions of women around the world have come forward publicly to acknowledge they, too, have been abused.

We at TFTP want Witherspoon and others to go one step forward. We want them to publicly name their abusers, realizing those individuals, statistically, have abused dozens, hundreds, if not thousands of other boys, girls, women as well as men. It’s simply not enough to say “it happened to me”. In order for those abusers to be held accountable, they have to be ousted. The shame must not stay trapped, hidden, and experienced only by the victim. Let the shame be on the heads of the abusers.

Our research team here at TFTP dug a little deeper into Witherspoon’s work history to precisely identify the directors Witherspoon may have been working with when she was just 16 years old, the age she claims she was assaulted. Surely internet sleuths will be combing through her film credits to determine the identity of her abuser. Witherspoon was 16 in the year 1992 until her birthday in March of 1993.

Because filming of movies and television shows takes place months before they are released or aired, and some shows never make it into full production (pilots), it’s difficult to determine who, allegedly, Witherspoon’s abuser is. But here’s what we know.

In 1992, Witherspoon played “Cassie Robbins” in “Desparate Choices to Save My Daughter” a made for TV movie directed by Andy Tennant. And in 1993, she had several roles, staring in “A Far Off Place” directed by Mikael Salomon, “Jack the Bear” directed by Marshall Herskovitz, and in the mini-series “Return to Lonesome Dove” directed by Mike Robe. Witherspoon’s only film from 1994 was “S.F.W.”, directed by Jefery Levy.

It must be stated that none of the directors mentioned in this article have been implicated by Witherspoon’s comments, other than being her director around the time she claims she was sexually assaulted. Also, there may have been other directors who were not listed on IMDB’s list.

Before anyone attempts to discredit the Academy Award-winning actress or deny her claims she was sexually assaulted as a teenager while making millions as a child actress in Hollywood, many have attempted to sound the alarm about pedophilia in film-making. In 2014, director Amy Berg made a documentary titled “An Open Secret”. In the film, she detailed numerous cases of child sex abuse by Hollywood’s elite actors, directors, and talent managers.

Even though the Oscar-nominated documentarian had uncovered wide-spread sex abuse in the Catholic Church for her Oscar-nominated 2006 documentary “Deliver Us From Evil”, she was unsurprisingly unsuccessful in getting anyone in Hollywood to distribute her film.

To Witherspoon, we say, we applaud you for coming forward, for sharing your story, and for helping others to do the same. Now, all you have to do is call out the perpetrator. Pedophiles do not change their predatory behavior. As Berg stated, they “work their way into your life…[as a predator they know]…they’re not going to catch every rabbit, just the weak ones.” And they must be stopped.

Here’s Entertainment Tonight’s coverage of the event courtesy of the company’s channel on Youtube.

As TFTP has reported, actor Corey Feldman was one of the first A-list child actors to come forward and allege rampant and widespread pedophilia in Hollywood. He said, “I can tell you that the number one problem in Hollywood was and is and always will be pedophilia. There was a circle of older men and they all had either their own power or connections to power that surrounded themselves around this group of kids. I was surrounded by them. They were everywhere like vultures.” Elijah Wood also backed up Feldman’s claims.

As the LA Times recently reported, just within the past few days, Actresses Gwyneth Paltrow, Angelina Jolie, Rose McGowan and Ashley Judd have accused producer Harvey Weinstein of sexual misconduct. The wall of silence appears to be cracking, with the promise of taking down the pedophilia/sexual assault and harassment ring of Hollywood elitists, but more actors/actresses need to come forward and not stop at naming names.

On Tuesday Witherspoon tweeted, indicating how free she felt in her decision to go public. She also tweeted a list of other female actresses who have all come forward alleging sexual harassment and abuse by powerful media moguls.

Below is the documentary on Hollywood’s most depraved secret.