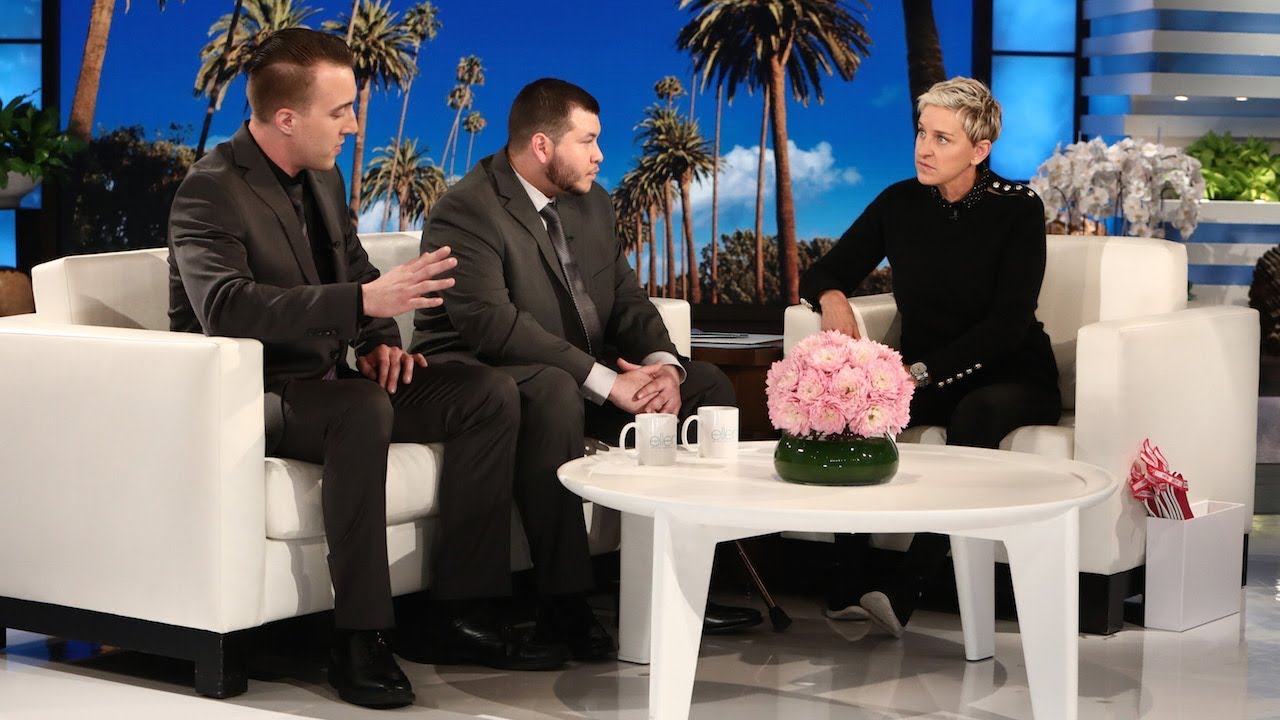 Mandalay Bay Hotel Security Guard Jesus Campos made headlines for reportedly being the first individual to encounter Las Vegas shooting suspect, Stephen Paddock. He has now made his first—and, according to Ellen, his only—public appearance on the Ellen Show.

Campos’ testimony is notable because he was reportedly Paddock’s first victim, sustaining a gunshot wound to the leg as police claim Paddock fired 200 rounds into the hallway of the 32nd floor.

However, Campos’ first interview has only generated more questions as to what actually happened during the massacre, and why crucial aspects of the narrative continue to change. Here are 5 glaring questions from the interview:

1.Campos chose to go on The Ellen Degeneres Show after canceling his appearance on Fox News and other dedicated news channels. Why?

2.The security guard, who presented himself on Ellen with a walking cane, was holding it incorrectly (selectively edited out of the above clip). Did no one teach him how to hold it?

3.Ellen never asked him about which leg was shot or his recovery time. She seemed to not be too interested in his injuries. But she quickly took over the interview and some would say, led Campos, even telling the story better than he did, as if she knew more than he did. She even broke out blueprints of the 32nd floor of the hotel, and with a pointer, guided Campos through his narration.

4.We now know there was another person in the hallway that night, a woman, whom Campos said he told to go back into her room. Who is she, what did she see and hear, and can we at least have her, too, make an odd appearance on Ellen?

5.Does anyone else find it odd that Ellen spoke directly for Campos and told the world he would not be granting another interview ever?

That last question is probably the strangest of all. Ellen, without any prodding from Campos, began speaking, arguably for Campos, and told the world:

Why would Ellen take it upon herself to speak on Campos’ behalf? Was that one of the conditions Campos placed on Ellen was that she had to speak for him and tell the world to stop asking for interviews because he isn’t going to give any more?

Where are all of the questions that arguably should have been asked, such as:

The fact that none of these questions were asked of Campos has led to even more seasoned members of the news media questioning the absurdity of it all. Fox News’ Tucker Carlson told Geraldo Rivera he believes the lack of transparency on the part of Las Vegas Police has led to the explosion of conspiracy theories about the shooting.

Carlson, earlier in the week, called Campos’ no-show appearance on FNC’s Hannity and his disappearance as “very odd.” He told Rivera he believed the authorities involved were “hiding something.”

Then on Wednesday, after Campos’ Ellen appearance, Carlson said the Vegas shooting “has actually gotten weirder.” Carlson questioned the whole segment and asked, “Was that really an interview?” The FNC anchor openly questioned whether or not the decision to have Campos be interviewed by Degeneres was a cross-marketing opportunity by MGM Grand, since Mandalay Bay is owned by MGM and Ellen is sponsored by them as well.

Carlson conceded the lack of transparency by the FBI and the LVMPD, and now Campos’ appearance on Ellen has encouraged the public to come up with conspiracy theories about the shooting. And until the FBI and the LVMPD provide the public with crime scene photos and surveillance footage, the truth of what happened in Vegas may never fully be known.